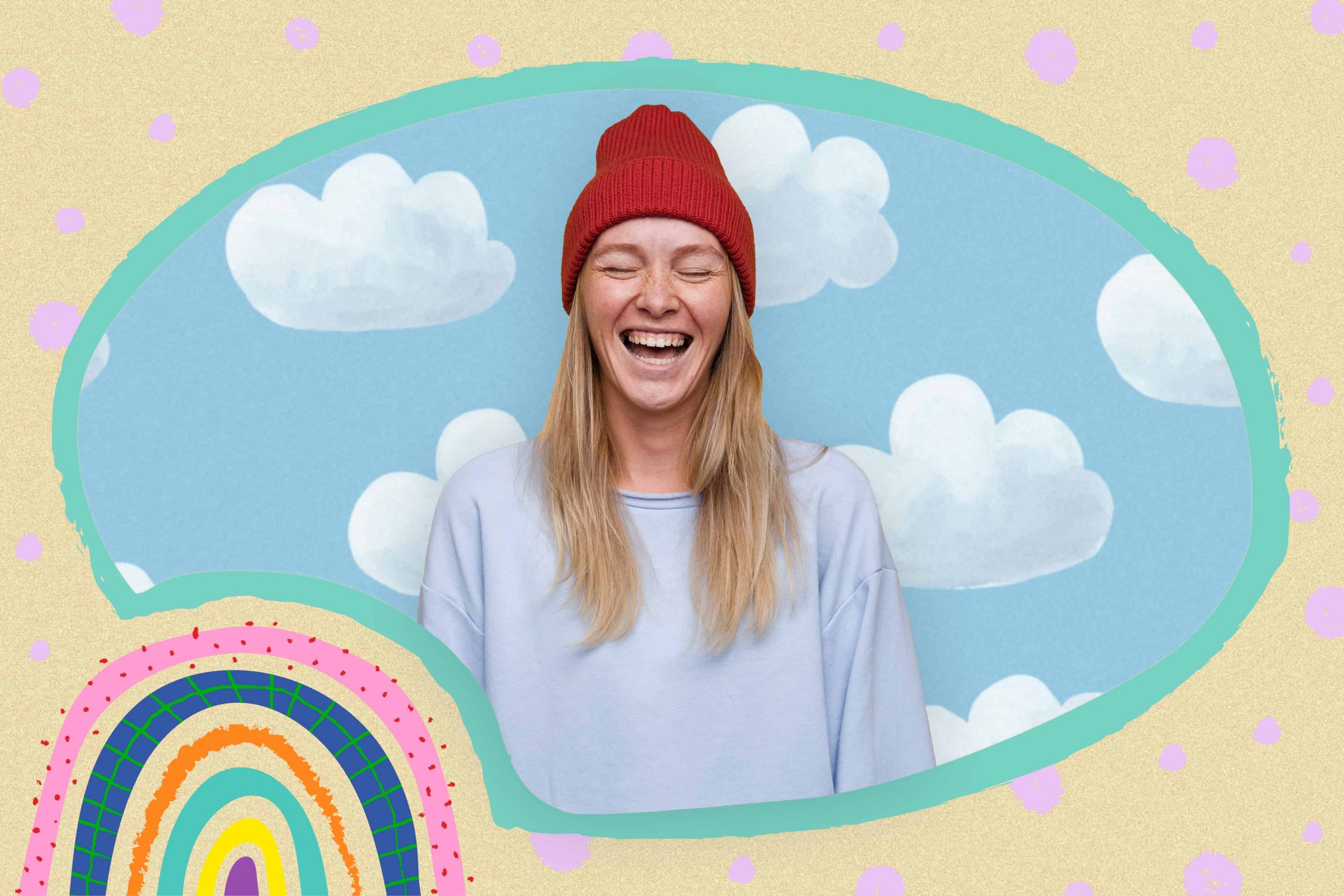 WARNING: Only for people who are fully groan.

Some people love puns. For other people, hearing them is like pun-ishment.

Whether this collection of crackers makes you laugh out loud. Maybe they’ll make you roll your eyes, but you’ll love them anyway because you’re a glutton for pun-ishment.

Either way, we’ve searched far and wide to bring you a collection of the 100 best funny puns on earth especially for your amusement, because what are words for if not to play with?

So sit back, relax and make sure you’re in a comfortable chair that you won’t fall off, and enjoy this list of our favorite funny puns and pun jokes.

Finally my winter fat is gone. Now I have spring rolls.

Why did the banana go to the doctor? He wasn’t peeling well.

Why did the Viking buy a boat? There was a sail.

Why did the Viking buy a secondhand boat? He couldn’t a fjord a new one.

Butterflies just aren’t what they used to be.

A bossy man walks into a bar. He orders everyone a round.

Alcohol won’t fix your problems, but it’s worth a shot.

Whoever invented zero, thanks for nothing.

Vin Diesel starts his day with not one but two meals. Breakfast and breakfurious.

I burned my Hawaiian pizza. I should have used aloha temperature.

Buying a belt that doesn’t fit is a huge waist.

What happens after you eat alphabet soup? You have a vowel movement.

Why did the computer need a rest after its road trip? He had a hard drive.

How do you cut an ocean in half? With a sea-saw.

I tried to phone the ladder company, but it just rung and rung.

Dad, can you tell me what a solar eclipse is? No sun.

Did you hear about the ATM that got addicted to money? It suffered from withdrawal symptoms.

I’m writing a theatre piece about puns. It’s a play on words.

Why does Daniel Craig have greying hair in the latest Bond film? He has No Time to Dye.

I go to the toilet for two reasons. Number 1 and Number 2. What’s a forklift? Food, usually.

Dolphins have no sense of porpoise.

What do you call a short mother? A minimum.

Why wouldn’t anyone want to buy a car made by Apple? It wouldn’t have Windows.

I called my dogs Rolex and Timex. They’re watch dogs.

Seven days without a pun makes one weak.

Geology rocks, but Geography is where it’s at.

My friend Jack can talk to vegetables. Jack and the beans talk.

How many Mexicans does it take to change a lightbulb? Just Juan.

Jokes about German sausage are the wurst.

I tried exercise, but it didn’t work out.

I haven’t even managed to write my autobiography. That’s the story of my life.

I need a new masseuse. The one I have rubs me up the wrong way.

What do you call a pile of cats? A meowntain.

The Lion King is full of hidden Simbalism.

I fired the guy I hired to mow my lawn. He just didn’t cut it.

Becoming a vegetarian is a missed steak.

Who can drink 2 liters of gasoline? Jerry can.

Russian dolls are so full of themselves.

What do you call 2 birds stuck together? Velcrows.

A guy jumped off a Paris bridge. He was in Seine.

I grilled a chicken for over an hour. She still wouldn’t tell me why she crossed the road.

I tried to find a pun about carpentry but nothing wood work.

What do you say to a sheep that won’t go to sleep? It’s pasture bedtime.

I have a stepladder. I never knew my real ladder.

I don’t make puns about maize, they’re too corny.

The best time to go to the dentist is tooth hurty.

Atheism is a non-prophet religion.

Whoever invented the knock-knock joke deserves a no-bell prize.

Sweet dreams are made of cheese. Who am I to diss a brie.

How many of these puns work? One pun intended.

I’ve been listening to a lot of national anthems. I love country music.

I’ll never forget the tallest guy at my school. His name was Hugh Mungus.

My aunt is pretty cold. We call her Auntarctica.

Bakers work hard because they knead the dough.

I didn’t become a doctor because I don’t have the patients.

What would happen if the universe exploded? No matter.

Never believe an atom, they make up everything.

A woman said she knew me from vegetarian club, but I’d never met herbivore.

My friend David had his ID stolen. We just call him Dav now.

Bulls make terrible shopkeepers. They charge too much.

“I bought you an elephant for your room.”
“Thanks!”
“Don’t mention it.”

What do gym nuts say when they can’t find protein supplements? No whey!

A pony tried to sing for me. She was a little horse.

My ceiling isn’t the best, but it’s up there.

What do apples do at the gym? A core workout.

A book hit me on the head. I only have my shelf to blame.

Buying an expensive wig is a high price toupee.

I’m only familiar with 25 letters of the alphabet. I don’t know Y.

They caught me stealing a calendar. I got 12 months.

I sued the airline when I couldn’t find my bag. I lost my case.

I find whiteboards quite re-markable.

I used to race cars for a living, but I found they were much faster than me.

My wife asked me to stop singing Wonderwall by Oasis. I said maybe…

A dog that practices magic is a labra-cadabra-dor.

I met my wife on Tinder. It was awkward.

Pirates struggle to finish the alphabet. They get lost at C.

Putting my car in reverse really takes me back.

The doctor said I’m going deaf. It was hard to hear.

What pronouns does a bar of chocolate use? Her/she.

I buy all my weapons from a T-Rex. He’s a small arms dealer.

Whoever stole my iPad should Facetime.

What part of the body always loses? Defeat.

The opposite of a croissant is a happy uncle.

If Americans switched from pounds to kilograms there would be mass confusion.

Police go to riots early to beat the crowd.

Yesterday I was mugged by six dwarves. Not Happy.

I don’t have a dad bod; I have a father figure.

Before the crowbar was invented crows drank at home.

I tried catching the fog the other day. Mist.

Someone threw a can of soda at me. Luckily it was a soft drink.

I bought a new blindfold but I can’t see myself wearing it.

An explosive monkey is called a baboom.

Jokes about feet are corny but jokes about eyes are cornea.

What title do spiders put on their resume? Web developer.

I’m getting fat. It’s because I’ve had a lot on my plate recently.

February can’t March. But April May. 73 What Am I Riddles 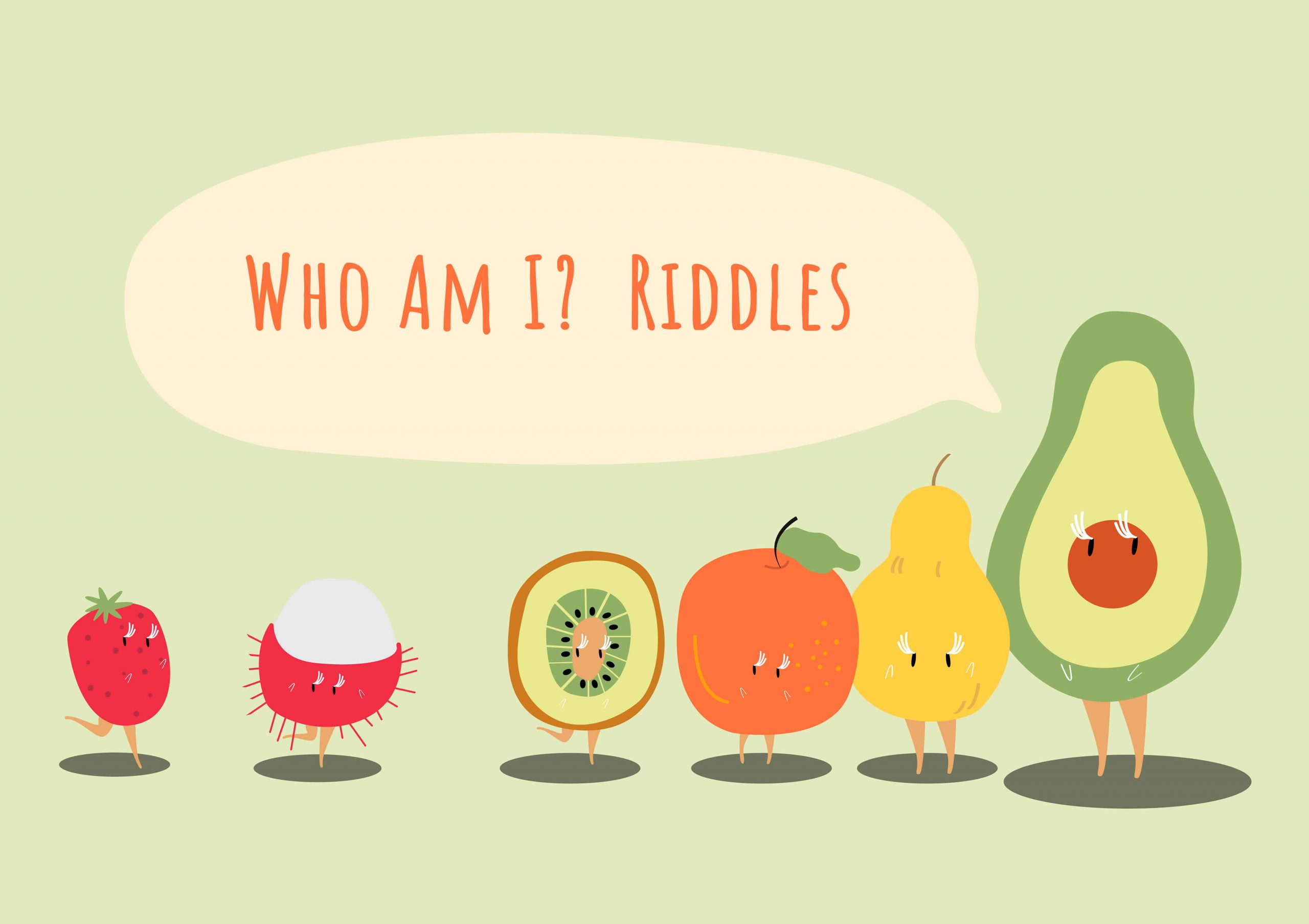 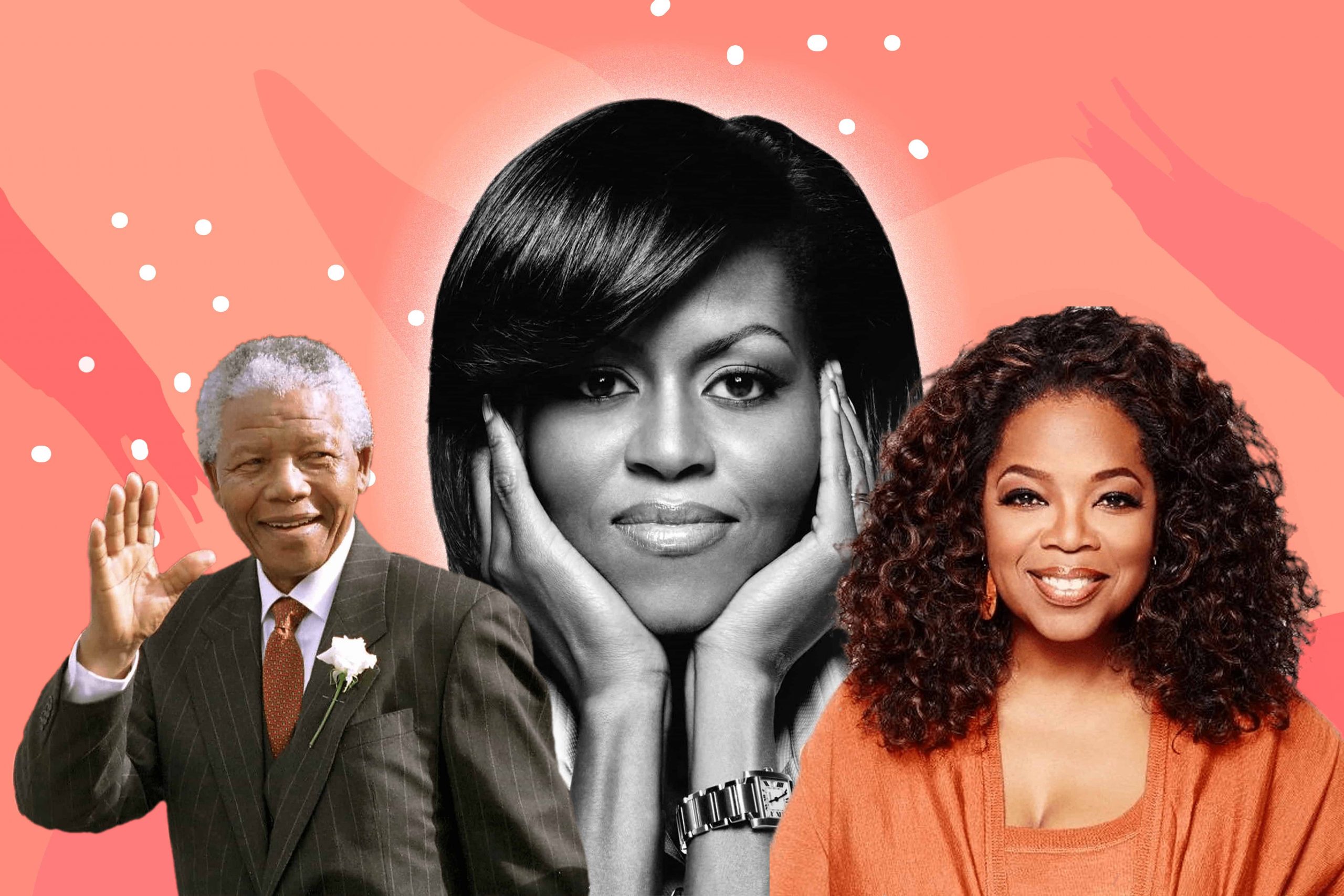 Would You Rather Questions For Couples 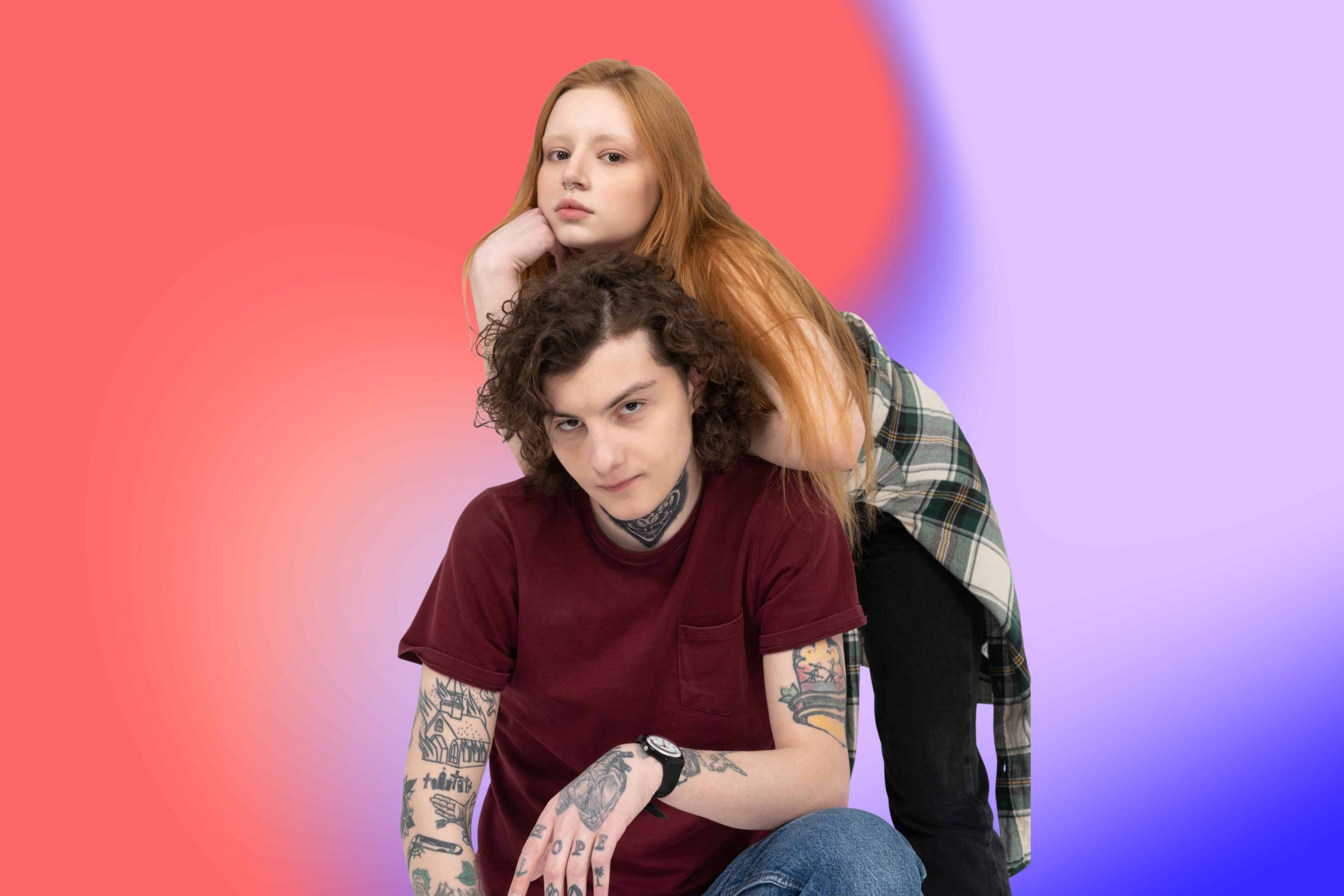