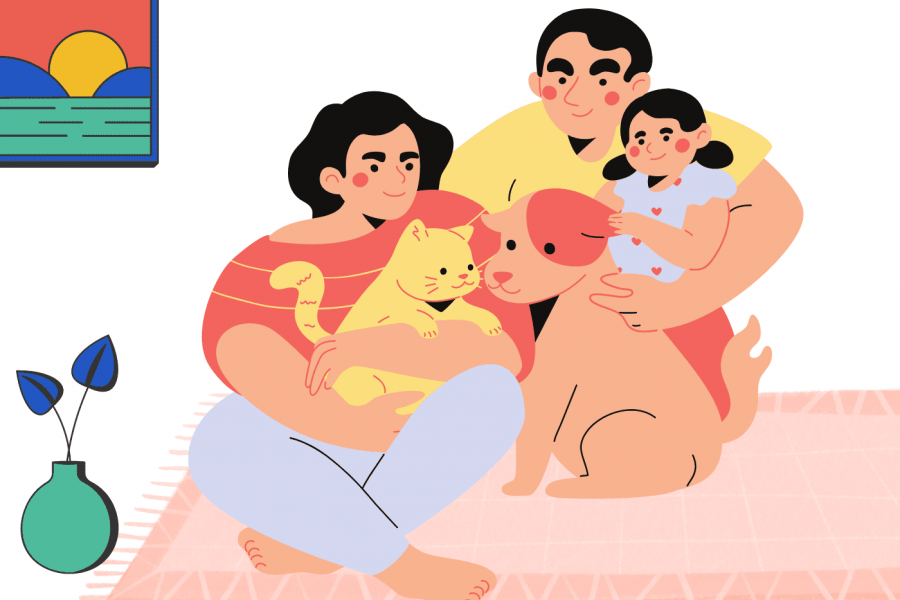 They’re so bad you won’t believe we’re not dad.

Only a dad can tell joke after joke so cringeworthy you want to hide under a carpet, while remaining completely loveable the entire time.

In fact, fathers became so well-known for their own brand of humor that they got a whole style of joke named after them – the dad joke.

A dad joke has since become known as any joke that’s just as likely to make you groan as make you laugh.

In fact, according to some myths, the second a man has his first child his sense of humor instantly becomes completely silly.

The result? A ton of jokes and a pun for every occasion.

We have captured the unique flavor of a real dad’s sense of humor in this collection of over 150 dad jokes, puns and one-liners that will make you laugh, groan, or even both at the same time!

Did you hear about the frog who parked illegally?

He was toad away.

What did the buffalo say to his son?

Why did the man name his puppies Rolex and Timex?

He wanted a watch dog.

What did the duck say when she ordered lipstick?

Put it on my bill.

“How does he smell?

What do you call a fish without eyes?

Why should you never start a dating service for chickens?

What breed of dog can jump higher than a skyscraper?
Any breed. Skyscrapers can’t jump.

Why do the French eat snails?

What do you order at a restaurant called Karma?

It doesn’t matter, you get what you deserve.

Waiter, what’s on the menu?

I don’t care what it’s been, what is it now

What did the cannibal get when he came home late for supper?

These are the pie-rates of the Caribbean.

A ham sandwich walks into a bar.

Why did Adelle cross the road?

To say hello from the other side. (ref)

What kind of concert only costs 45 cents?

Did I tell you my wife asked me to stop singing “Wonderwall” to her?

My computer said hello to me.

It must be Adelle.

There are so many jokes about classical music.
I could make you a Liszt.

Did I tell you why I won’t become an accountant?

Did I tell you why I won’t become an organ donor?

I don’t have the guts.

Did I tell you why I can’t become a doctor?

I don’t have the patients.

What do you call a dating app in Prague?

What’s the best thing about living in Switzerland?

The flag is a big plus.

Could you live in a place that’s dark for six months a year?

What do you say if you miss your flight to the middle east?

What’s the best country to go to for thanksgiving?

Sometimes, he even laughs. (ref)

When does a joke become a dad joke?

When the punchline is apparent.

Why do dads tell such bad jokes?

They’re trying to help you become a groan up.

Did you hear about the book on anti-gravity?

It was impossible to put down.

Did you hear about the man who was buried alive?

It was a grave mistake.

Did you hear they stole the toilet at the police station?

The cops have nothing to go on.

Did you hear about the big sale on paddles at the boat store?

It was quite an oar deal.

Technology may have advanced, but dads stay the same

How much does an influencer weigh?

They have so many apps to choose from.

Where is the perfect place to hide something?

On the second page of Google.

Why did the gym close down?

It didn’t work out.

Why did the bike fall over?

It was two tired.

Why are elevator jokes so good?
They work on many levels.

Why did the picture go to jail?

What did Adam say to Eve on Christmas?

What do you call an overweight psychic?

Next: 75 Stupid Jokes That Will Make You Burst Out Laughing

Dad, please can you make me a sandwich?

Why did I call the police when my son wouldn’t nap?

He was resisting a rest.

I am looking for letters to fill in between S and U and B and D in the alphabet.

What did the disappointed bodybuilder say at the drugstore?

What is Marco’s favorite clothing store?

Want to hear a joke about paper?

Why can’t you eat my nachos?

Gimme a pizza that.

I have bad news. The Italian chef pasta way.

I make too many bad puns. I should be pun-ished.

A hippies wife is called a Mississippi.

Anteaters with heartburn need an antacid.

If you know any good fish puns let minnow.

To be Frank, I’d have to change my name.

I have a construction pun but I’m still working on it.

If you boil a funny bone it becomes a laughing stock.

Sick boats end up at the doc.

To make holy water, you boil the hell out of it.

To find Will Smith in the snow, follow the fresh prints.

I’m going for a picnic with a llama. Alpaca lunch.

How do you make antifreeze? Steal her blanket.

If you need an ark, I Noah guy.

Is your cat feline ok?

Documentaries about frogs are ribbeting.

Stadiums get cold because there are lots of fans.

People who drink food colouring end up dying inside.

When two artists compete it always ends in a draw.

Your jokes about giant squids are kraken me up.

Nobody’s herd what happened to the lost cattle.

How dairy throw milk at me?

Puns about German sausage are the wurst.

Midgets and dwarves have very little in common.

A cow with no legs is called ground beef.

A bear with no teeth is called a gummy bear.

To grow, fungi need as mushroom as possible.

I went to an emotional wedding, even the cake was in tiers.

Camels in the desert are well camelflaged.

Sweet dreams are made of cheese, who am I to diss a brie?

February can’t March, but April May.

Pigs are bad drivers, they hog the road.

I dreamed of an ocean of soda, it was just a Fanta sea.

A cow in an earthquake is called a milkshake.

Puns about eyes are great, the cornea the better.

I just want a small drink, so make mine a marteeny.

If trees want to go online, they log in.

Eating a clock is too time consuming.

A good wife always forgives her husband when she’s wrong.

I heard women love a man in uniform, so I got a job at McDonalds.

Velcro is a rip-off.

Whoever invented the concept of zero, thanks for nothing.

My therapist called me vengeful. We’ll see about that.

Always give 100%. Unless you’re donating blood.

Melons get married because they cantaloupe.

I used to be addicted to soap, but I’m clean now.

RIP boiled water. You will be mist.

Never trust an atom. They make up everything.

I used to be addicted to doing the hokey pokey. Fortunately, I turned myself around.

Don’t become an archeologist, your career will end up in ruins.

My wife is worried that I’ve been drinking break fluid, but I told her I can stop at any time.

The past, the present, and the future walk into a bar. It was tense!

I never wear a tight pair of jeans because I can’t pull it off.

I have a step ladder. I never knew my real ladder.

No matter how hard you push the envelope, it’ll still be stationery.

When my wife discovered I replaced our bed with a trampoline she hit the roof.

Whoever invented knock-knock jokes should get a no bell prize.

I was struggling to put my seatbelt on, but then it just clicked.

The doctor told my wife she can’t touch anything alcoholic. So she’s divorcing me.

Losing a wife is tough. I’ve been trying and it seems nearly impossible.

I may not have the best ceiling in the world, but it’s up there.

Artificial intelligence is no match for natural stupidity.

Cleaning mirrors. Now that’s a job I can see myself doing.

I’m giving up Judaism for Lent.

I’d advise women not to have children after 35. 35 is enough children.

I bought you a calendar. Your days are numbered.

If you’re thinking about singing karaoke with a friend, just duet.

One-fifth of people are just too tense!

I started out with nothing. I still have most of it.

When they found out what a bad electrician I am, they were shocked.

I don’t trust stairs because they’re always up to something.

William Shakespeare chewed his pencils. He could never tell if they were 2B or not 2B.

Don’t get me started on bad thesauruses. Not only are they awful, they’re also awful.

My math teacher called me average. He’s so mean.

My last relationship is like algebra. I look at my X and wonder Y.

My conscience is clean because it has never been used.

There was a kidnapping at school. Don’t worry, he woke up.

If it’s unhealthy to eat at night why’s there a light in the fridge?

I gave up my seat for a blind person on the bus. It cost me my job as a bus driver.

The laziest person in the world is whoever named the ‘fireplace’.

Thanks for explaining the word “multitude” to me, it means a lot. 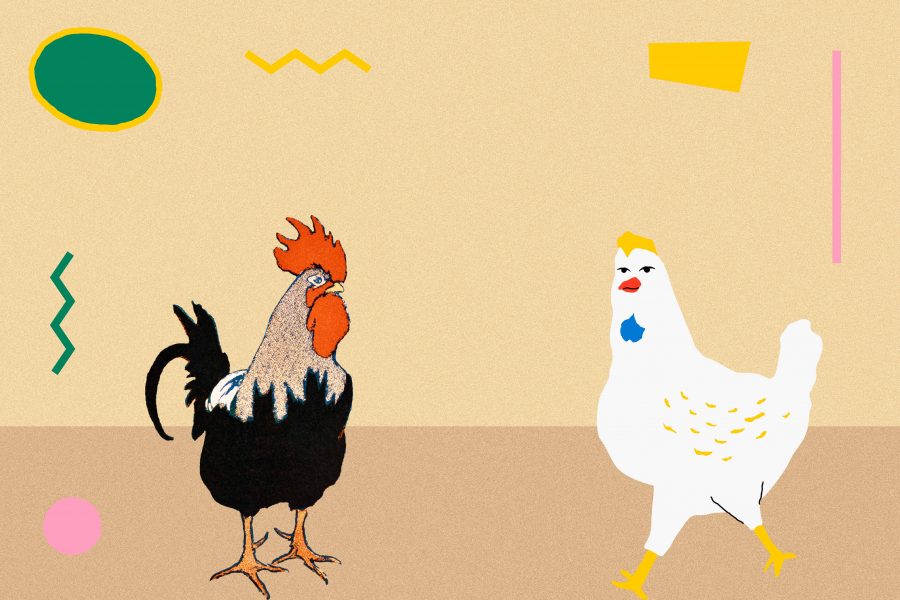 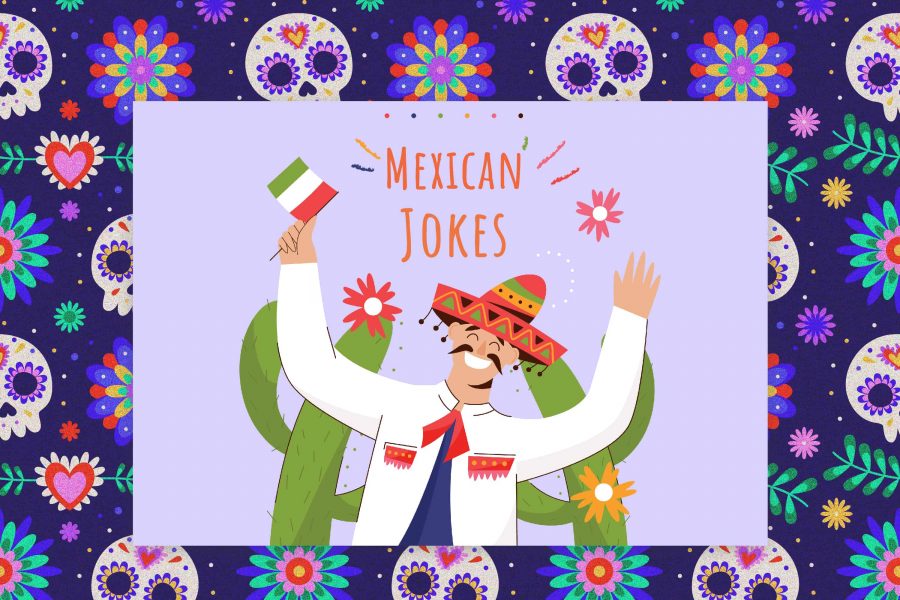