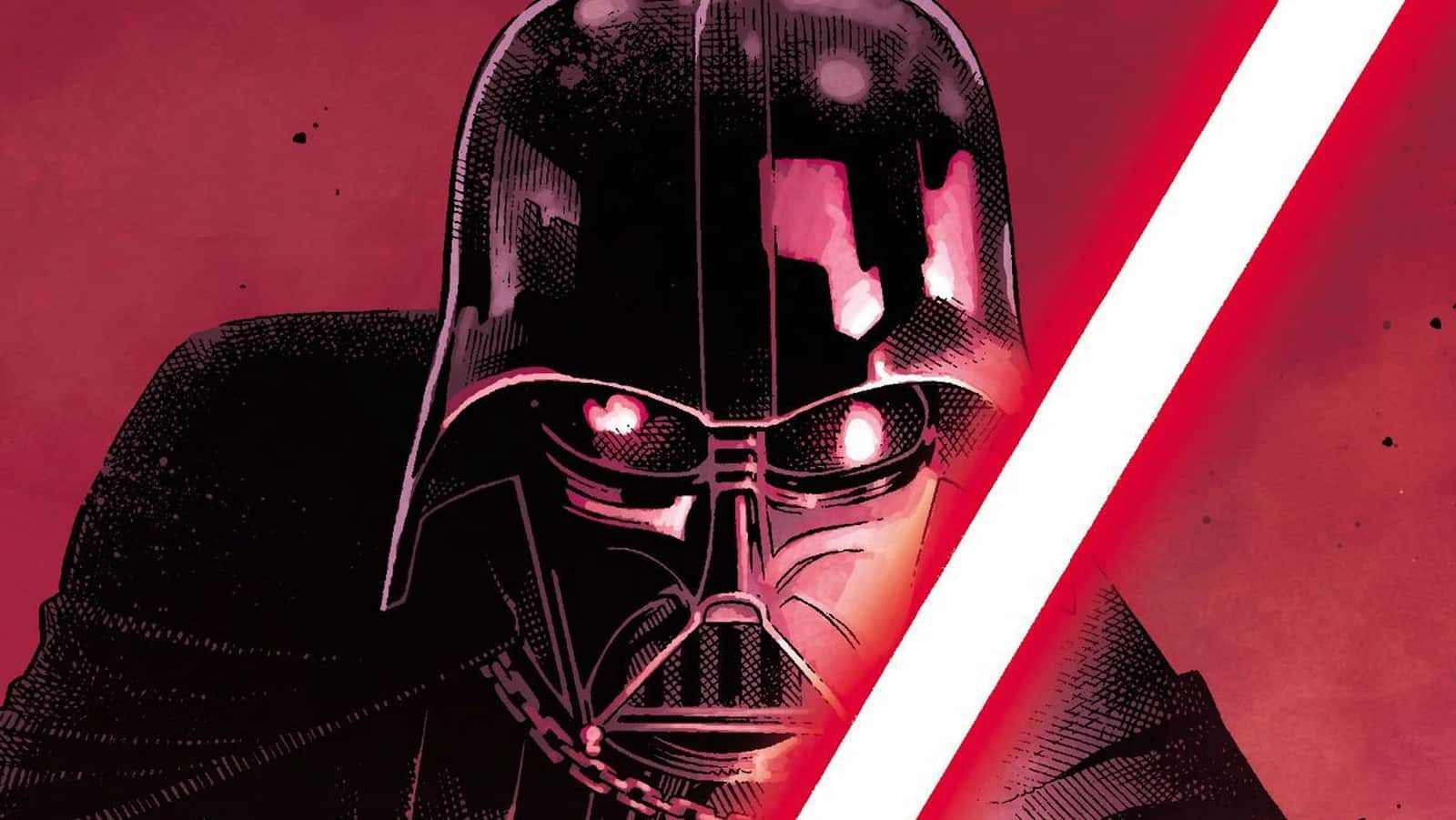 From a galaxy very, very far away, the best jokes of this galaxy came for your enjoyment, after reading these star wars jokes tell me if you will join the light side of the force or if because of us you will join the dark side.

73 of the Best Star Wars Jokes

Because everyone on the dark side was pale?
because the light did not reach them

2. The worst cook in the galaxy
I was making cookies and they got burned more than Uncle Owen

3. The preferences of the sith
A sith sees a prostitute and says “I see the dark side in you”
And she says “honey if you want my dark side it will cost you double”

4. The real reason for his name
Do you know why the imperial troops call them stormtroopers?
Because whenever your aim is talked about, there is a storm.

6. Latin Jedi
Who is the most famous Latin Jedi?
Obi-Juan Kenobi

7. Warnings from a parent
What did Darth Vader tell Luke to tidy up his room?
Don’t make me use force

8. Compensations
Why did Darth Vader have a giant castle?
To forget the loss of his little friend

9. Communication between Ewoks
What device do Ewoks use to communicate at a distance?
The Ewokie Talkie

10. Someone has a cold
How does Chewbacca sneeze?
Ahh-chewieee..

11. Break time
What does a teacher say to his little Jedi before going out for recess?
Let the sandwich accompany you.
Political corruption

Next: The Ultimate Star Wars Quiz

12. Wise words
What does Obi-Wan Kenobi say to Luke Skywalker when he is going to shit?
May the Force be with you!

13. My sister the bounty hunter
They call my sister Jango Fett, because she lost her mind over a man

14. Problems in the bathroom
If stormtroopers fail so much to shoot, I don’t want to think about what it will be like when they go to pee

15. Sith breakfast
Why did Darth Vader only cook his toast on one side?
Because he liked the dark side

17. Sith stature
Why couldn’t Yoda be a Sith?
Because he did not meet the minimum height

18. Night company
Why were there only 2 sith at a time?
Because they were afraid of sleeping alone and they didn’t want it to look weird

19. Political corruption
Why did the Sith control the Senate so quickly?
Because the job was already half done

20. Jedi grammar
Why does Yoda talks so weird?
Cause a fuck about your grammar stupid I dont give

21. Darth otaku
Darth Vader was a bit of an otaku
Why?
He led a monster with many tentacles to confront the emperor …

22. There is no Sith in Scotland
Why didn’t the Sith wear skirts?
Because it would illuminate her dark side

23. Scottish Jedi
Why did many Jedi wear skirts?
So they don’t have a dark side

24. The father in law
If Darth Vader cut off Luke’s hand after telling him he was his son, I don’t want to think he cut off Han Solo

25. Quality training
Why did the stormtroopers miss their shots?
because in training they had to hit their heads

Next: 56 What’s the Difference Between Jokes

26. Soldiers love
I have the aim of a stormtrooper, whenever I aim high in love they only want me as friends

27. Jedi love
I’m as lucky in love as the Jedi, I’ll always be alone

28. Sith love
That Darth Vader costume looks good on you
Baby don’t mention it, he lost his wife

29. Galactic clap
What do you call it when only one Star Wars character gives you a round of applause?
A Hand Solo.

30. Jedi Botany
Why is Yoda such a good gardener?
Because he has a green thumb.

31. Like chickens
Why did Anakin Skywalker cross the road?
To get to the Dark Side.

32. Yoda at the bar
Why can’t you count on Yoda to pick up a bar tab?
He’s always a little short.

34. Like an airplane
Which Star Wars character travels around the world?
Globi-wan Kenobi.

35. Best car in the galaxy
What kind of car does a Jedi drive?
A Toy-Yoda.

36. More carefully Wookie
What do you call Chewbacca when he chocolate stuck in his fur?
A chocolate chip Wookie.

39. Empire shows
What is a Stormtrooper’s favourite TV show?
Game of Clones.

40. Dinner with a sith
What does Kylo Ren serve at a dinner party?
First hors d’oeuvres

41. You need to relax, use the force
What do you call a nervous Jedi?
Panicking Skywalker.

42. The dark side doesn’t pay well
Which Star Wars character works at a restaurant?
Darth Waiter!

43. For over 3 years
Why is Darth Vader not safe for children under 3 years old?
He’s a choking hazard!

44. Bedtime
What did the Jedi say to the sheep?
May the force be with ewe!

46. Visit to the dentist
What did the dentist say to Luke Skywalker when he went for his check up?
May the floss be with you!

47. Jedi tricks
What did Obi Wan Kenobi do when he needed money?
He took out a bank clone!

48. Sith genetics
What do you get when you cross Darth Vader with an elephant?
An ele-vader!

49. Honor guest
Why is Luke Skywalker always invited to a picnic?
Because he always has the forks with him!

50. Best food on tatooine
Which restaurant does Jabba like to go to for dinner?
He loves Pizza Hutt!

51. Wookie dinner
What do you call food made my baby Wookiees?
It’s good but it’s a little chewy!

52. For after each bath
Why didn’t Yoda have body odour?
Because he used de-Yoda-rant!

53. Jedi height problems
Why did Yoda cross the road?
Because the chickens forced him to!

54. Let the car accompany you
What did Yoda say when he gave Luke Skywalker his sports car?
May the Porsche be with you

55. The terror of the galaxy
What do you call a pirate droid?
Arr2-D2

56. Dedication
What do you call someone who tries too hard to be a Jedi?
Obi-Wannabe

57. Jedi Company
Why is a Jedi knight never lonely?
Because the Force is always with him

58. They are even in space
What kind of money do they use in space?
Star-bucks

59. You better keep ruling
If Darth Vader was a Disney character, what song would he sing?
When You Wish Upon A Death Star…

61. Sith dinner
The astronauts and Darth Vader look a lot alike, they both have to eat for a tube

63. A nice joke
Do you know Star Wars jokes?
Sith

64. Wrong hole?
If the Starkiller fires from the front, I don’t want to imagine where the power comes in.

65. Sith tan
Darth Vader’s tan is so good that 20 years after having done it, he still maintains it

66. Family purposes
Anakin Skywalker was so good at predicting the future that he predicted his brother’s death and experienced it firsthand.

67. That is from the family
What did Luke say to Ben when he met him?
I am your uncle

68. How would the negotiator do it
What is the most effective way to defeat General Grievous?
Make him hear “Hello there” in an infinite loop

69. A strange synopsis
The end of episode III is very strange, man in tights crossing blades, screaming and burning all in dim light……. Sounds like the premise of a dirty movie

70. Sith Fashion
Why do the Sith always wear black?
To camouflage itself with its power

Luciano Rubino
As a child, Luciano Rubino was always treated as "weird," but he did not care because he always took it with humor, which today made him have his absurd and sarcastic humor.

200 Fun Things to Do With Your Friends 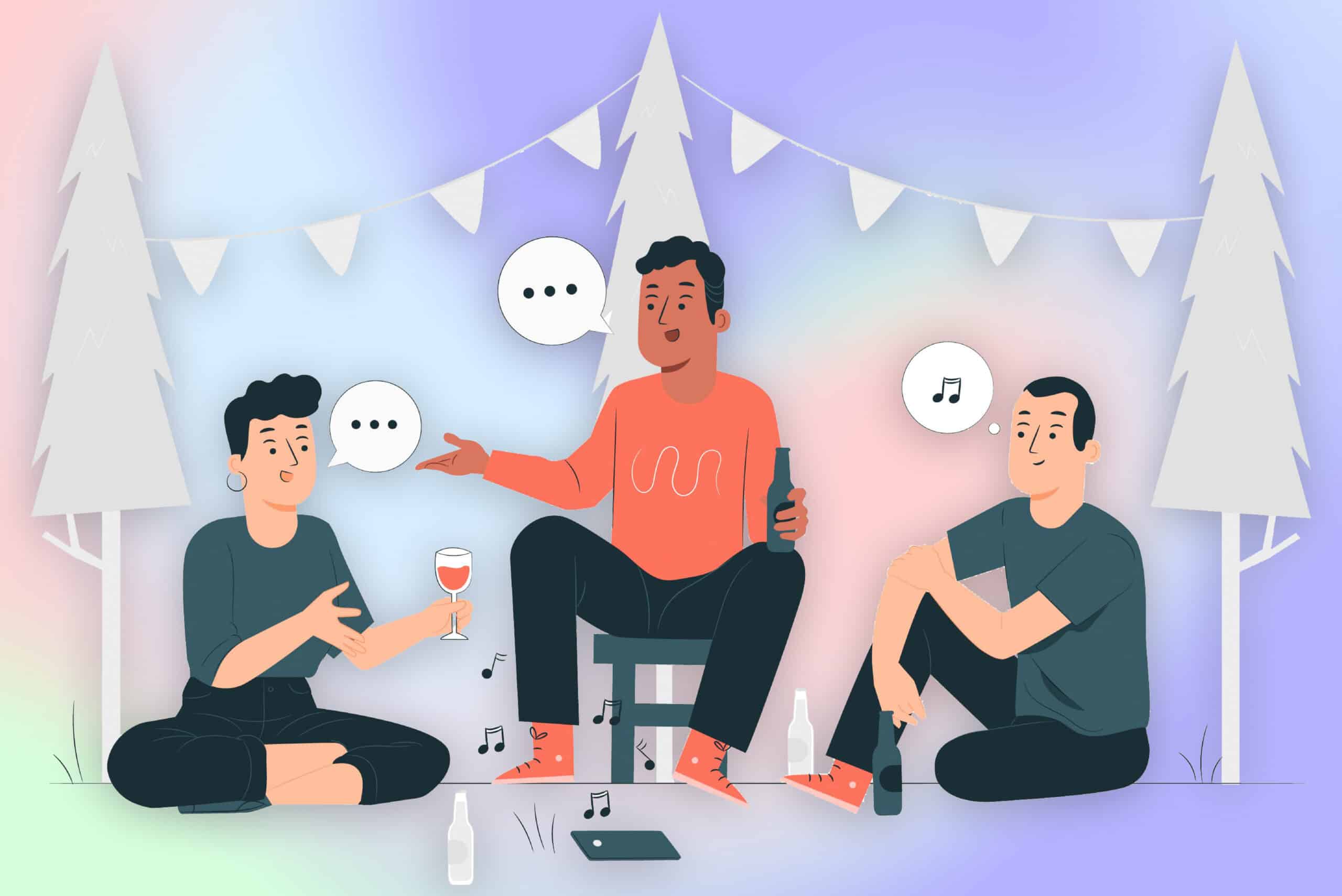 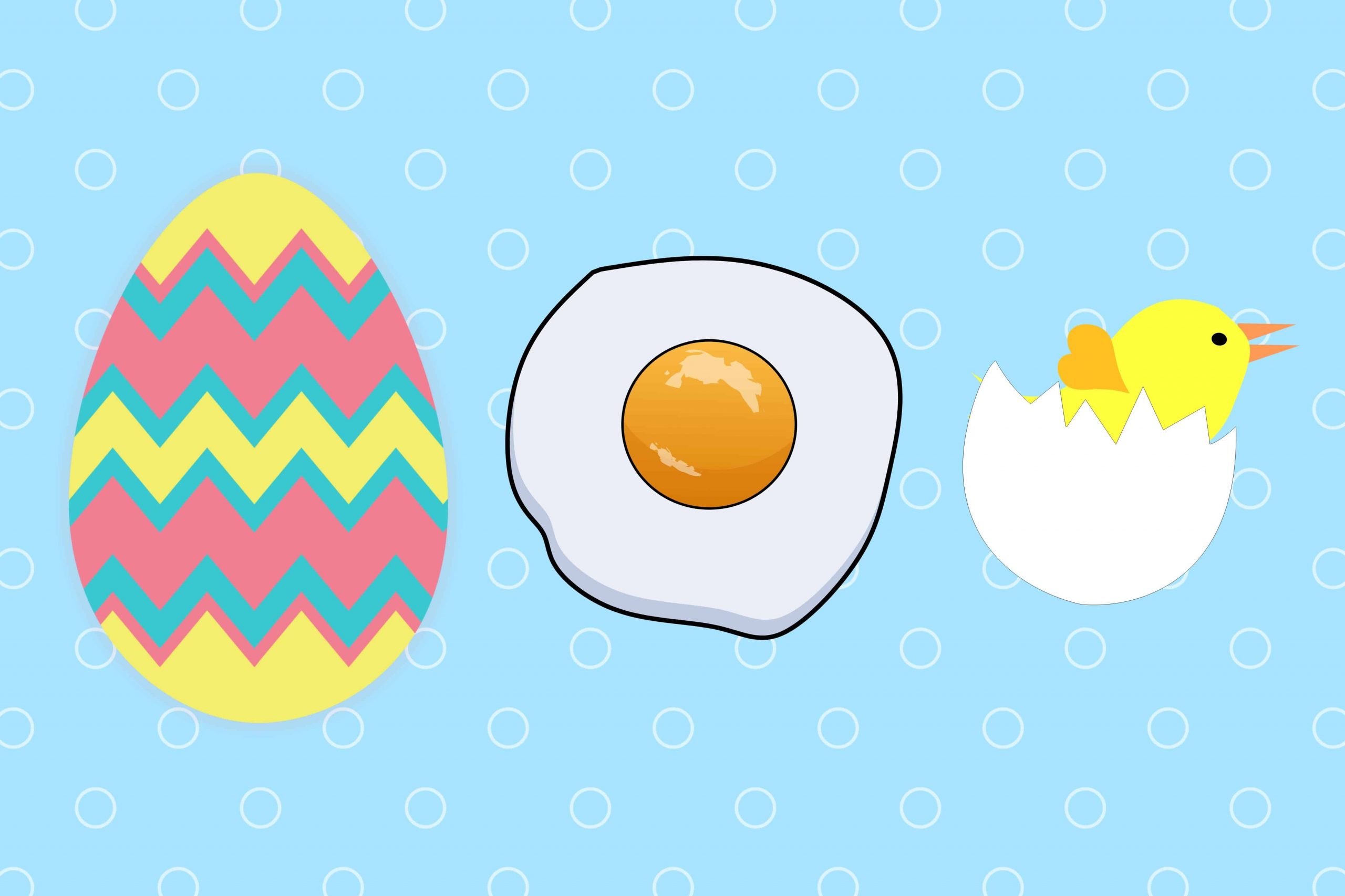 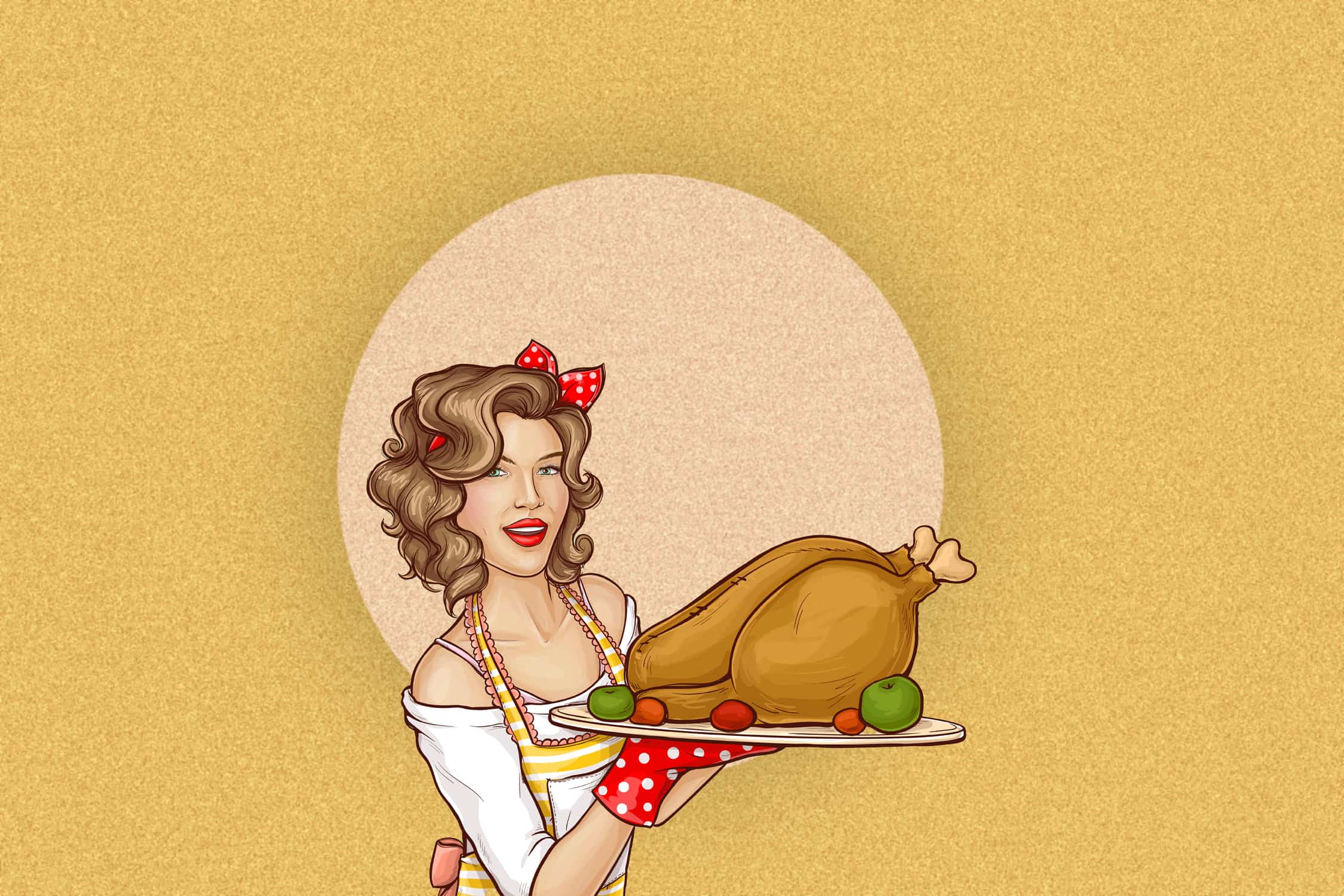