Wait what?  Here’s 100 weird facts that’ll have you wondering how much other weird and wonderful stuff is out there.

Fruit stickers are edible, the glue used for them is regulated by the FDA

Lettuce is a member of the sunflower family.

Banana candy and flavoring is based on a banana that was wiped out in the 1950’s which may explain why it doesn’t taste much like banana.

In the 1900’s Lobster was a cheap meal, mostly eaten by slaves, the homeless and prisoners.

Tea bags were an accident, they were silk bags design to store the tea not to be used as tea bags but the customers didn’t realize this and used them as we do today.

Avocados are berries; they are fruits that stem from one flower.

Pineapples used to be so expensive you could rent them to put on display when having events to impress guests.

Ranch dressing is dyed to make it look whiter.

Crackers have holes in them so they don’t get ruined when baked.

Most Salmon we eat is farmed and dyed pink, in reality, farmed salmon is a greyish colour.

One in four hazelnuts will end up as Nutella.

Mushrooms are more closely related to us than plants.

Apple seeds contain poisons, cyanide to be exact. Don’t worry you’d need a lot of them to kill anyone

You can hear Rhubarb growing, it grows so quickly it’s audible.

Pistachios have strict travel requirements, because they self-heat they can’t travel in large groups as they might self-combust.

One teaspoon of honey takes 12 bee’s a lifetime to make.

Oranges aren’t natural, they are a hybrid of tangerines and pomelos.

Eating ice-cream has been proven to reduce emotional and physical pain.

One mountain dew prototype was so caffeinated you could see caffeine crystals forming, needless to say, It never got to production

Octopuses have beaks, it’s made out of the same stuff our fingernails and hair is made from, Keratin.

Most wasabi you find in supermarkets and restaurants is actually colored horseradish.

Wombats poo comes out in cubes, these loveable animals from Australia poop cubes and not just 1 but on average 100 per day.

Woolly Mammoths were around when the pyramids were built 1000years after the Great Pyramids of Giza were built mammoths were still living on Wrangle Island in the Arctic.

Starfish don’t have blood. Instead of blood, they get their nutrients around their body using seawater in their vascular system.

Cats only meow at Kittens and humans and not other adult cats.

The national animal of Scotland is a unicorn

A reindeer lived on board the submarine HMS Trident for 6 weeks, she was a present from the Russians and slept under the captain’s bunk.

Fish yawn, bored of swimming in circles, yawn.  Fish yawn, cough and burp. They do it mainly when something it stuck in their gills.

T-rex lived closer in time to us than Stegosaurus.  T-rex lived roughly 65m years ago and Steg 150m years ago

Sloths may be the only animals that don’t far.

Most Panda’s all belong to China, the one’s in zoos are rented from China.

A spider’s brain can extend down into its legs.

When stresses octopi eat their own arms.

Beer was a soft drink up until 2011 when Russia classified it as alcohol.

Giant squids have the largest eyes of any animal on earth, they are 11inches across.

The tongue is the only muscle that’s attached at one end only.

Some people can make their eyeballs vibrate, they can move the muscles so it looks a bit like the eyeball is shivering.

Every year around 3,000 people get the bubonic plague. Countries with the highest number of cases include Peru, Madagascar and the Democratic Republic of the Congo.

Some people don’t experience an “inner monologue” or that little voice in your head.

The droplet in a single couch contains 200million virus particles.

Ear Pac-man, if you put your finger in your ear and scratch it sounds just like Pac Man.

The most painful place to be stung by a bee is the nostril.

The Super soaker was invented by a former Air Force and NASA engineer Lonnie Johnson.

Four out of five kids recognize the McDonalds logo by 3yrs old.

Mulan has killed more people than any other Disney Character.

Queen Elizabeth is a trained mechanic and worked as a mechanic during WW2.

Metallica is the only band to have played on all 7 continents.

SpongeBob and Planktons wife Karen are married in real life, or their voice actors are.

Yoda and Miss Piggy are the same voice actor As well as a host of other Muppets Frank Oz also voice Miss Piggy and Yoda, the suggestion he do Yoda was made by Jim Henson

Hillary Clinton wrote to NASA when she was a child and received a reply saying no girls allowed.

Marie Curie’s notebooks are still radioactive; they have to be stored in lead boxes.

Roy Sullivan holds the record for most lightning strikes, he has been stuck 7 times and survived all of them.

Roald Dahl was an Air Force pilot and spy during WW2.

Elvis was blonde, he dies his hair black and sometimes touched it up with shoe polish.

Max Martin is behind more pop songs than you’d think with other 24 Billboard number 1s since 1998 for artists like Brittney Spears, Katy Perry, pink & Maroon 5.

Jack Daniel of whisky fame died after kicking a safe, he broke his toe which resulted in fatal blood poisoning.

IKEA is an acronym, It stands for Ingvar Kamprad Elmtaryd Agunnaryd the founders name, childhood farm where he grew up and the village near where he lived.

Nurdle, that’s the name given to a blob of toothpaste.

Are you a Spuddler?  Spuddle means you aren’t working well because your mind is elsewhere or you haven’t’ woken up yet.

Pogonophobia is the fear of beards.

Russia is bigger than Pluto.

Mother’s day was banned in North Korea because it was distracting people from their love of the leader King Jong-Un.

Bad moods are contagious, those in bad moods can bring others around them down.

Cruise ships have morgues as it’s not unusual for a few deaths per cruise.

Red or pink used to be for boys and blue for girls.

O.M.G was first recorded use was in a letter to Winston Churchill written in 1917.

Green Eggs & Ham started as a bet that Dr Seuss couldn’t write a book with less than 50 words.

The average person spends 6 months of their life waiting for traffic lights to turn green.

The largest pyramid in the world is in Mexico, it’s the Great Pyramid of Cholula and a decent amount of it is buried under a mountain.

NASCAR drivers lose weight while driving, the high temperature and pressure mean drivers can lose up to 10lbs during races.

The Northern Lights have a southern sister, The Aurora Australis which is visible from New Zealand, Antarctica and Tasmania.

The green code at the start of the Matrix is a recipe for sushi.

There used to be Starbucks inside the Forbidden City in Beijing

The word quarantine comes from a Venetian dialect of Italian “quaranta giorni” meaning “40 days” which was how long ships would have to stay outside Venice before being allowed in.

Almost is the longest English word to have its letters in alphabetical order.

Deadline comes from the civil war, a line was drawn around prisoners and if you stepped over it you were dead.

In Vietnam, war soldiers were often given M&M as placebo pain killers as medics rarely had enough pain killers to go around.

Motel 6 is called that because its rooms used to cost $6.

Selfies cause more deaths per year than shark attacks, mainly from people falling off heights

The British pound is the world oldest currency at 1,200 years old.

Mattel of Barbie fame is the world’s largest producer of women’s clothes.

Spacesuits take about 5000 hours to make

Diamond planet, there’s a planet made of diamond and graphite called 55 Cancri e

There’s a family photo on the moon, Astronaut Charles Duke left a photo of his wife and two kids there on his Apollo 16 mission.

Customs is still a pain even if you’re an astronaut, you still have to go through customs.

30 million Chinese people live in caves, including a network of underground tunnels and rooms in Beijing.

Tinfoil hats actually amplify signals, so if you’re a conspiracy theorist trying to stop government messages to your brain maybe take off the hat. 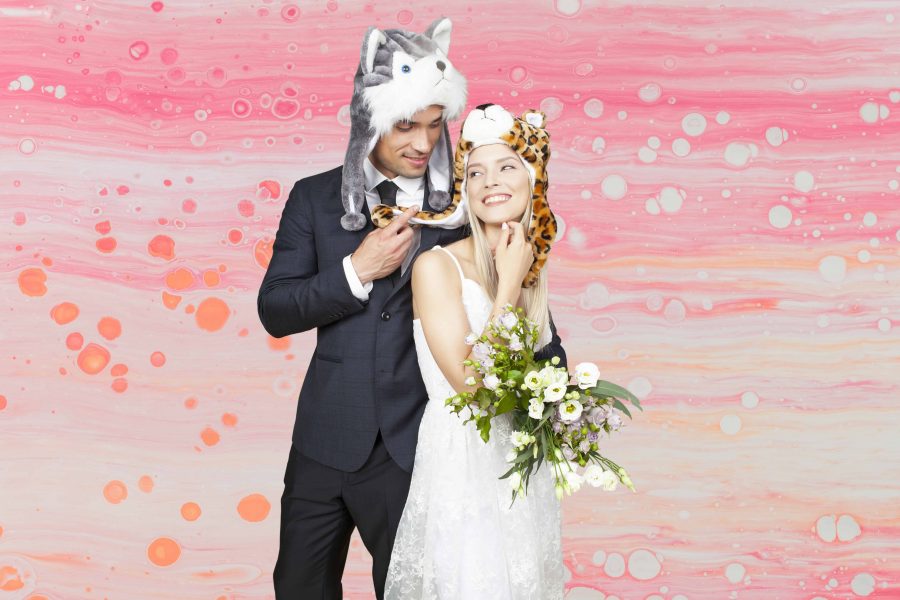 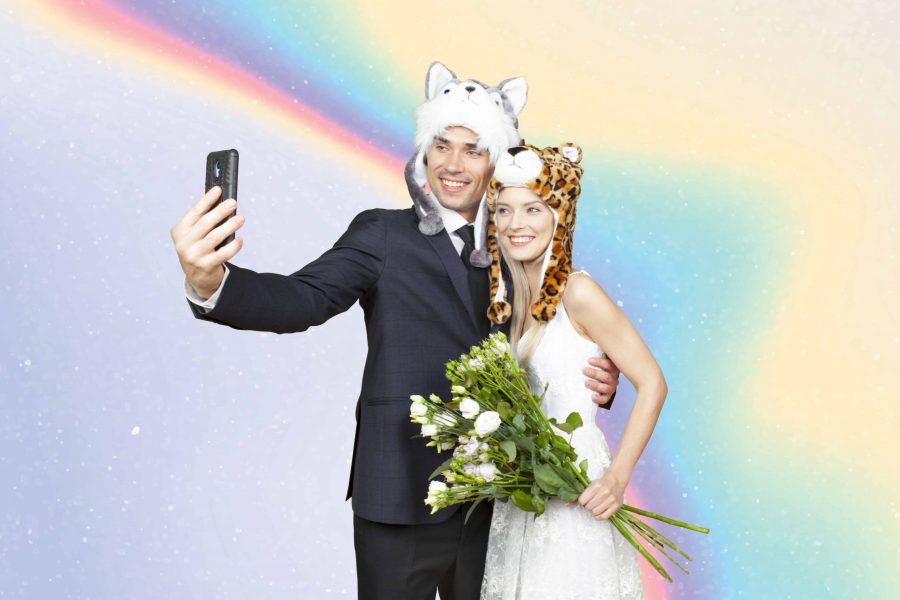 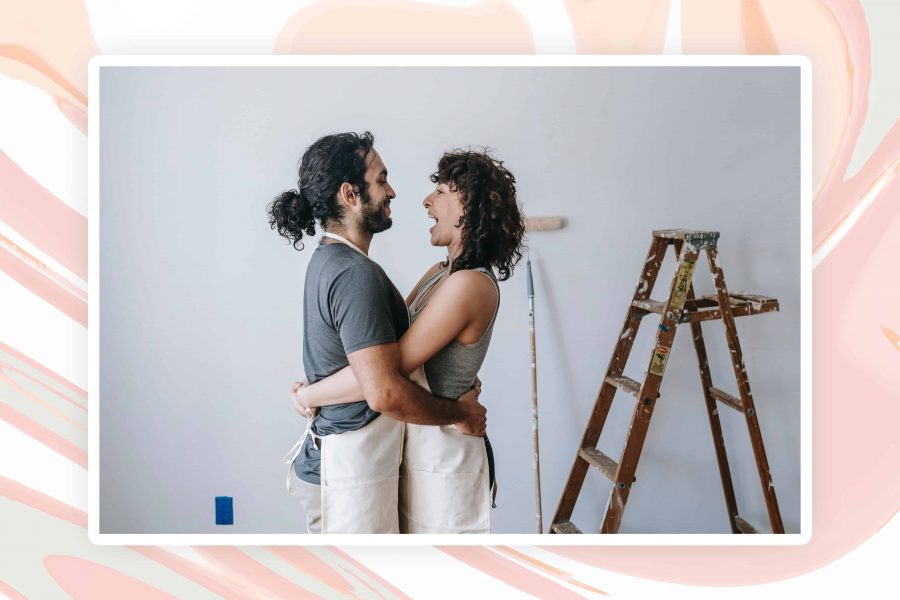 55 Cute Names to Call Your Girlfriend