SpongeBob SquarePants (also known as just SpongeBob) is an American cartoon comedy tv series that was created by the animator Stephen Hillenburg who was also a marine science educator. The series counts 13 seasons that aired on Nickelodeon, as well as three feature films.

The show is about the adventures of the titular SpongeBob, and his friends in the character and his aquatic friends in Bikini Bottom, an underwater city. It is a very crazy show and was especially popular in the late 90s and early 00s so both millennials and Zoomers love it equally!

We have collected some of the best and funniest SpongeBob Squarepants quotes from all 13 seasons and the movies that will have you cackling from laughter!

– That will blow you out of the water!

1. Patrick: Once upon a time there was an ugly barnacle. He was so ugly that everyone died. The end!

2. SpongeBob: I’ll have you know that I stubbed by toe last week and only cried for 20 minutes.

3. Patrick: Can you give SpongeBob his brain back, I had to borrow it for the week.

4. Squidward: Patrick, don’t you have to be stupid somewhere else?

6. SpongeBob: Always follow your heart unless your heart is bad with directions.

7. Reg: Welcome to the Salty Spitoon. How tough are you?
Tough Fish: How tough am I? I had a bowl of nails for breakfast this morning.
Reg: Yeah, so?
Tough Fish: Without any milk.
Reg: Uh, right this way. Sorry to keep you waiting.

Next: 45 Rick And Morty Quotes

9. Patrick: Hello? Where’d everybody go? Did I miss something? Did you see my butt?

10. Patrick: The inner machinations of my mind are an enigma. [ a thought bubble appears and shows a carton of milk tipping over, spilling everywhere]

11. SpongeBob: If you believe in yourself and with a tiny pinch of magic, all your dreams can come true.

12. SpongeBob: Squidward… I used your clarinet to unclog my toilet!

13. Squidward:  Too bad SpongeBob’s not here to enjoy SpongeBob not being here.

14. SpongeBob: Now that we’re men, we have facial hair.

Patrick: Now that we’re men I changed my underwear.

17. Mr. Krabs: We shall never deny a guest even the most ridiculous request.

18. SpongeBob: What do you usually do when I’m gone?
Patrick:Wait for you to come back.

19. SpongeBob:If you believe in yourself and with a tiny pinch of magic, all your dreams can come true.

20. Fish on the phone: Is this the Krusty Krab?
Patrick: No, this is Patrick.

21. Mr. Krabs:That hat makes you look like a girl.
SpongeBob:Am I a pretty girl?!

22. SpongeBob:If I were to die right now in a fiery explosion due to carelessness of a friend… Then it would just be alright.

23. Sandy: Don’t you DARE take the name of Texas in vain.

24. Patrick: I guess hibernation is the opposite of beauty sleep!

25. Squidward: Okay now. How many of you have played musical instruments before?
Plankton: Do instruments of torture count?
Squidward: No.
Patrick: Is mayonnaise an instrument?

27. SpongeBob:With imagination, you can be anything you want.

28. Mr. Krabs: It’s not always what you say that matters, sometimes it’s what you don’t say.

29. SpongeBob:Excuse me, sir, but you’re sitting on my body, which is also my face.

30. Patrick: Did you see my underwear?
Mindy: No, Patrick.
Patrick: [Patrick grabs his pants]Did you want to?

31. SpongeBob: Can I be excused for the rest of my life?

32. Plankton: No, I’m not on my way to the grand opening ceremony. I’m busy planning to rule the world! [evil laugh]
SpongeBob: Well, good luck with that!

33. Squidward: Oh, why must every eleven minutes of my life be filled with misery? Why?

34. SpongeBob: I am 100% MAN! And this MAN has got something to say to you! [blows a long raspberry at Mr. Krabs]There! I think I made my point.

35. SpongeBob: And after the promotion ceremony, we’re gonna party till we’re purple.
Patrick: Yay! I love being purple!

38. Plankton: [yelling] Lady, someone should put you in a box to drift in the river!
Elderly lady: [sadly] … you’re right.

39. Mr. Krabs: Welcome to the apocalypse, Mr. Squidward. I hope you like leather.
Squidward: I prefer suede.

40. Narrator: So much later that the old narrator got tired of waiting and they had to hire a new one.

41. SpongeBob: Are you ready to rock Squidward?
Squidward: No.
SpongeBob: Good! Cause we got costumers!

42. Plankton: Goodbye everyone, I’ll remember you all in therapy.

46. SpongeBob: Do I smell a road trip?
Patrick: That could be my breath!

47. Plankton: Haven’t you heard SpongeBob? Nice guys finish last. Only aggressive people conquer the world!
Karen: I paid Nat to eat your chum so you’d quit your constant complaining.
Plankton: All this time I never had one regular costumer?
Karen: Duh.

48. SpongeBob: Eighty thousand impressions later.
Narrator: Would you please stop imitating me? It is starting to get very annoying.

49. Squidward: I knew I shouldn’t have gotten out of bed today.

50. Sandy: Is something wrong SpongeBob? You look sadder than a bullfrog full of sodey pop.

52. SpongeBob: Patrick, what are you doing?
Patrick: Vandalizing stuff.
Plankton: Isn’t that your house?

53. Plankton: Come on, SpongeBob, join me and we’ll be rich and powerful until I eventually betray you! Join me!

Athina Leonti
Athina is a freelance artist and author from Greece, specialising in all things fantasy and magical! She loves reading and drawing and currently has her first novel in the works. She also has a passion for dancing and metal music. She currently lives in Athens, Greece, with her husband, three sons, two hamsters, and border jack puppy! When not writing or drawing, she can be found playing trivia games, sipping cocktails, or swimming! 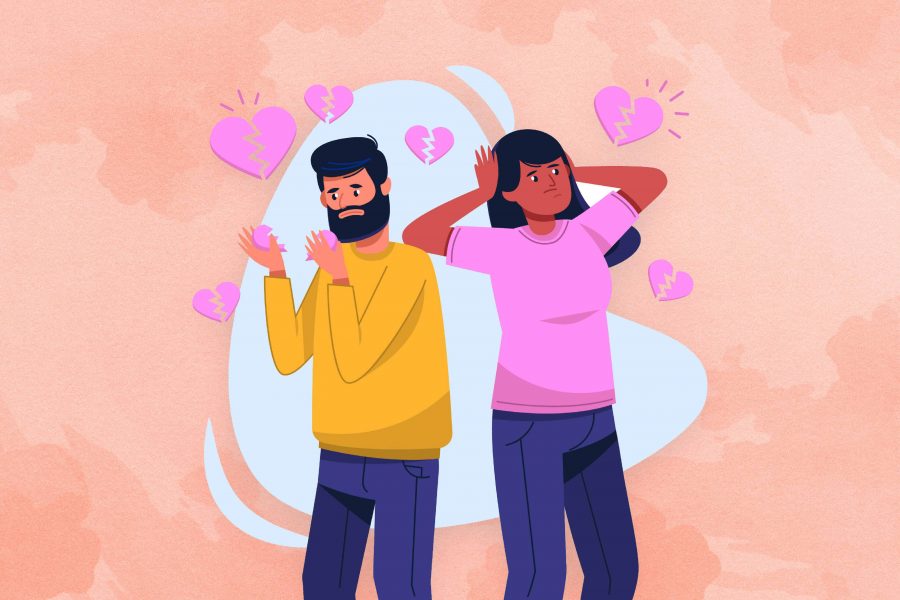 50 I Don’t Care Quotes For Your Current Mood