Smartphones make keeping in contact with a breeze. Whether you’re in a long-distance relationship, staying in touch with far-away friends or out of town for a weekend, text messaging will keep you close to those you care about.

But why just have a plain old conversation?

Instead, try playing fun texting games with your friend or partner while you’re waiting for your next chance to catch up in person.

Here are eight fresh texting game ideas to get you started!

Would You Take the Pill?

This game is a fun spin-off of Would You Rather? The format is simple. You and your companion take turns posing questions about whether the other person would take a hypothetical pill with a positive consequence if it also meant accepting a negative consequence.

For example: Would you take a pill that allows you to read minds if it meant you could never speak again?

You: Would you take a pill that made you immortal even if your family and friends could never take the same pill?

Companion: No way! That would get so lonely. 😭

Companion: Here’s one. Would you take a pill that lets you speak any foreign language fluently if it meant you could never speak English again?

This is a classic game but with a twist. To play, one person starts a story with the words ‘Once upon a time.’ From there, both players take turns writing passages for the story.

Unlike the game Storytime, where both players contribute peacefully to a coherent story, in Story Wars, the players attempt to pull the story in opposing directions. For example, you may try to derail your companion’s romantic fantasy by injecting something unexpected into the plot. Once you’re done, you won’t know whether you’ve written a steamy romance or a quirky sci-fi tale!

Companion: Once upon a time, there was a lonely princess who was awaiting true love’s kiss.

You: One day, the princess headed out in search of her true love. She was tired of the noblemen in the castle, so she hoped to find someone more peculiar in the town’s tavern.

Companion: As the princess entered the bar, a devilishly handsome barman caught her gaze. His charming good looks made her heart race.

You: Little did she realize that the barman was secretly an alien. He had come to Earth to learn the ways of humans and steal their bartending secrets.

Next: 100 Conversation Starters to Break the Awkward Silence

People like to make fun of millennials for texting like there’s a global letter shortage. To those of us not well-versed in the abbreviations of today’s youth, it can feel like you need a codebook just to keep abreast of it all.

Challenge yourself to stay current by texting your companion using as much millennial slang and as many abbreviations as possible. You’ll read back over your conversation and laugh — I promise.

You: Stacey msgd Brad asking if he was dtf and Tracey got totes jelly.

Companion: Brb. Getting my codebook. Idk wtf u just wrote.

Put a Finger Down

This game is a modern spin on Never Have I Ever. To play, start by holding up ten ‘fingers’ (Note: emojis are your friend here). You and your companion then take turns texting statements that start with ‘Put a finger down if…’. The first person to run out of fingers will forever be mocked for making poor life choices.

You: Put a finger down if you’ve ever kissed someone else’s boyfriend.

Companion: 🤚☝️😓 Guilty. Put a finger down if you’ve ever eaten peanut butter straight from the jar.

Companion: Omg! How have you not done anything!?

Challenge yourself to create silly new words and phrases for everyday things. Before you know it, you’ll be weaving them into regular conversation and have invented your own nonsensical language!

Companion: Sorry, I just saw your message. I was napping.

You: Ah, riding the ol’ snooze canoe, were you?

Companion: Yeah. I dreamt I got bitten by a danger noodle.

You: Sounds like my worst nightmare. Snakes are terrifying!

Next: Topics to talk about

This is a fantastic game to play with your romantic partner or best friend and a great test of how well you know each other.

To start, simply ask your companion to answer a question about you, such as your middle name or your biggest fear. Then sit back and wait to see if they’ve been paying attention (but don’t give them too hard a time if they can’t answer!)

Companion: Close. But my all-time favorite is actually chocolate mousse.

You: Whoops. Okay, well, what’s my most embarrassing moment?

Companion: That’s easy. It’s the time you threw up on that guy in the grocery store.

You: Bingo. Now let’s never speak of it again. 🤫

Have some fun expanding your vocabulary! Open up your dictionary app, pick a random word and take turns texting through synonyms for that word. The first person who takes too long to come up with a synonym or replies with an incorrect answer loses the round.

You: The word is MEDICINE. Go!

This game revolves around trying to answer one question: Who would win in a fight between two celebrities?

To play, you and your companion both name a celebrity and a weapon. Your weapon then goes to the star your companion picked and vice versa. Next, work your way through the alphabet to pick a terrain that these two celebrities will duke it out on. Finally, once the stage is set, it’s time to argue back and forth about who will be triumphant in the fight!

You: Bear Grylls and a flamethrower.

You: A terrain beginning with the letter ‘D’ — the desert.

Companion: Do you think Bear Grylls knows how to use ninja stars?

You: Does it matter? Donald Trump would accidentally singe his own hairpiece off with the flamethrower, get self-conscious and run away from the fight. Meanwhile, Grylls would get airlifted out of the desert in time for his next adventure.

Companion: True. Okay, that was too easy. Next battle! 👊 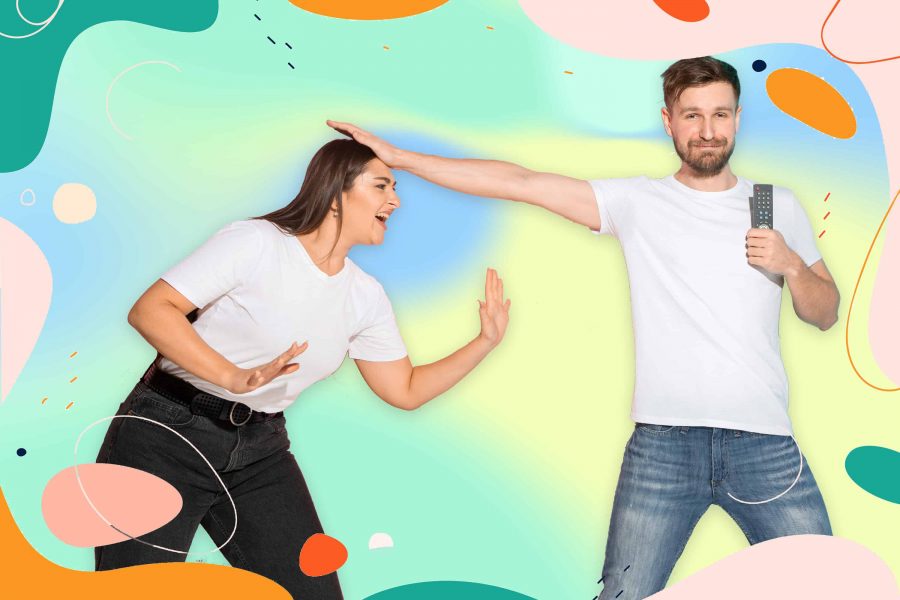 30 Questions to Ask a Girl to Make her Laugh 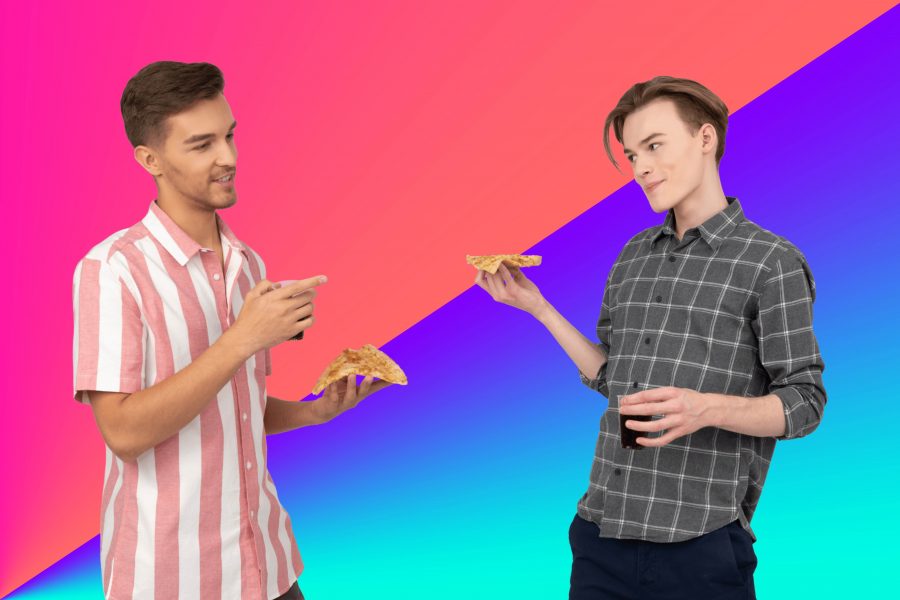 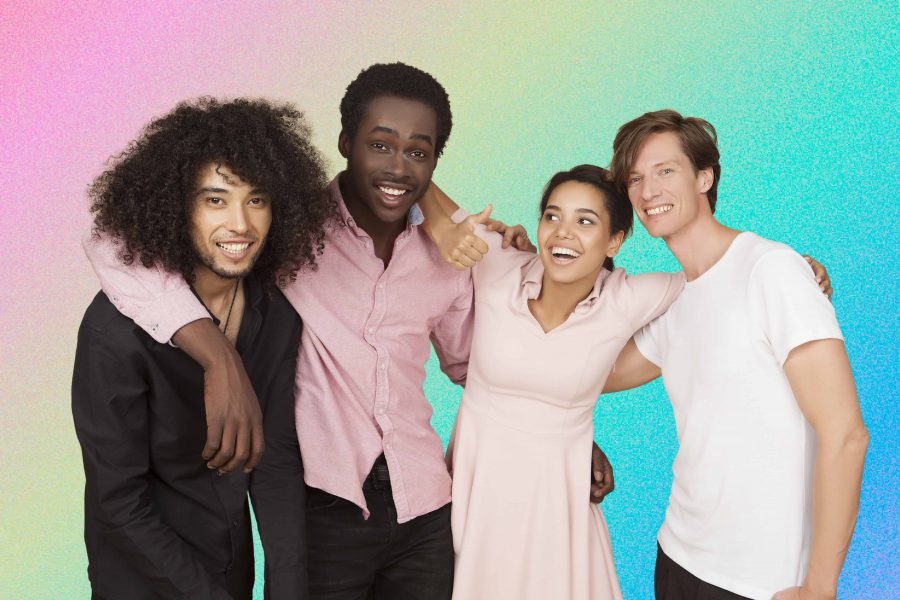