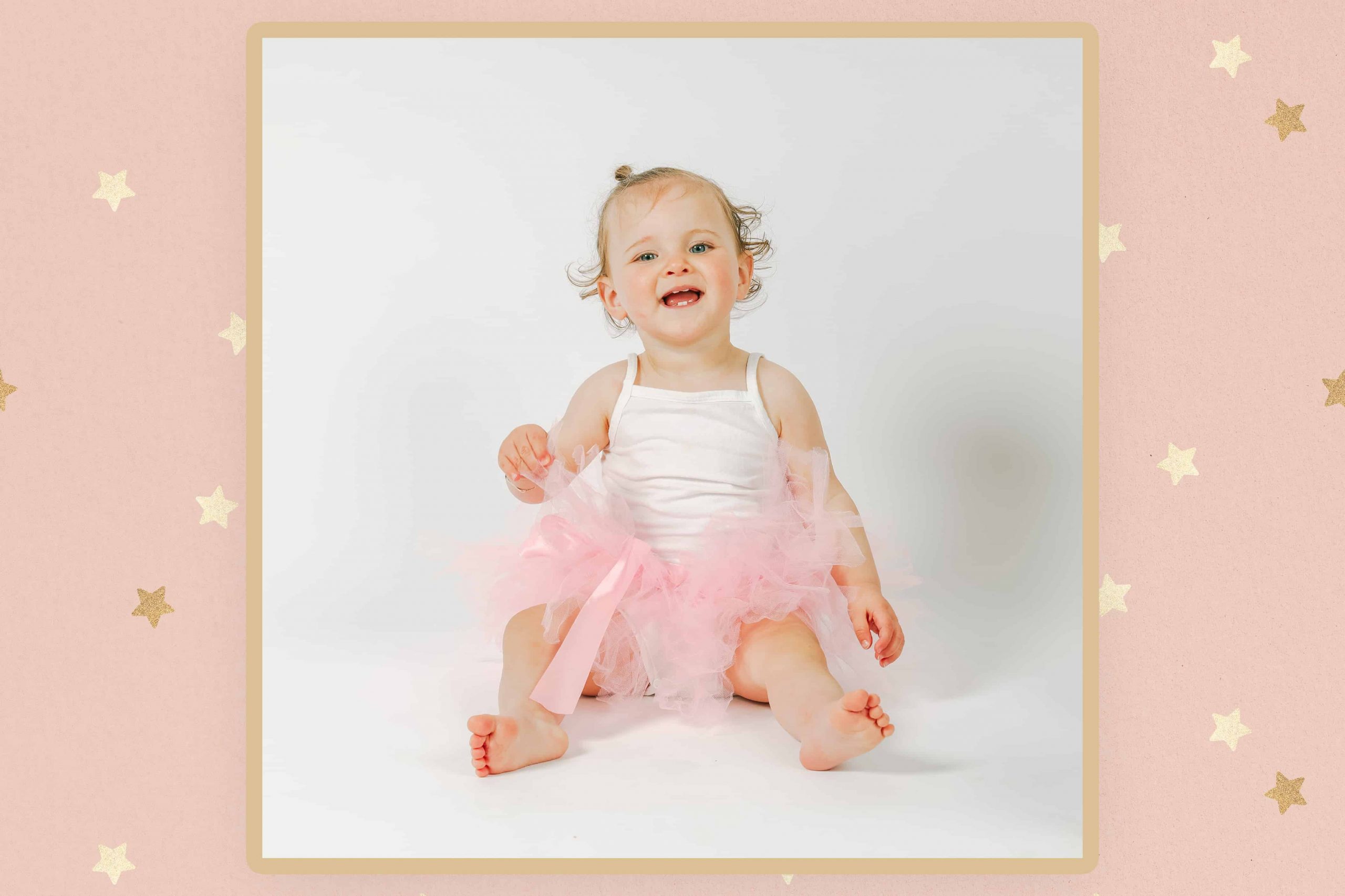 Ah, Sweden. The land of the Nobel prize and the birthing place of the wrench. The land gave us Alexander Skarsgård in Tarzan and the angry Russian (Dolph Lundgren) from Rocky IV, so there is no reason why it wouldn’t give us some great names that fit the same theme: Wild, strong, and untamed.

Believe it or not – the European north was into Thor (or Tor, as we spell it) before it was cool. Venturing into the realm of names derived from Norse gods, it’s clear which god was the favorite. Tor has been used in combination with various other words to create powerful names with the hopes of bringing strength and order to whoever carries them. This becomes evident when we take a look at what the Nordic name-market has on offer for both baby boys and girls.

Freja: A god of fertility and war. Freja chooses half of the warriors who die in battle to continue fighting in her home, while the rest go to Valhalla. Freja means “ruler” and fits anyone destined to be a leader.

Gun (also Gunn): One of the Valkyries who rode into battle to choose who is worthy to be chosen by Odin or Freja. It means “battle” and will surely suit any rambunctious toddler.

Inga, Ingegerd and Ingrid: Derived from the nature god Ing, which later on was renamed Freja. Ing was first written on a rune from the early 1000’s. Yes, the names are literally over a thousand years old.

Siv (pron. “seeve”): Tor’s wife. It literally means wife and has been around since the Viking-age.

Torborg: Composition of Tor and borg. Loosely translates to Protector of Tor and will surely fit any strong young girl very well.

Torun: Means She who loves Tor.

Åsa (pron. “awsa”): Derived from the old Norse word for gods: Asar. Literally means god, but not in the biblical sense.

Frej: Rarely used, but it would be a shame to not bring it up. Freja’s brother, which also has the meaning lord.

Tor: The god of thunder and bringer of order out of chaos. Probably the most well-known of the norse gods (thank you popculture).

Torbjörn:  Composition of Tor and bear.

Tord: Composition of Tor and an old word for peace.

Tore: Composition of Tor and an old word for fighter.

Torleif: Composition of Tor and heir.

Torsten: Composition of Tor and stone.

Torvald: Composition of Tor and ruler.

Yngve: The friend of Ing. Popular in the mid-to-late 1900’s in Sweden.

The north is only as kind as its weather, and there is nothing less unforgiving than the cold winter chasing you through the snow. With this in mind, there comes as no surprise that strength and power are popular meanings behind a lot of Swedish names in the north, for both men and women alike.

Boel: A modern take on the old name “Bothild” which means repentance and fight.

Emma: Originally from Germany, but took hold in the far north during the middle ages. Means high and mighty and has been popular in Sweden for the last few decades.

Magnhild: It means strength and battle, which fits perfectly with any headstrong young girl out there.

Ragnhild: One of the strongest names we have, meaning godly powers and battle.

Sigvid: meaning victory and tree. Surely well fit for any girl who will grow strong and succeed in life.

Svea: An old name for The Swedish Kingdom, making a clear statement for anyone who dares question the heritage.

Ulrika: Originally German but has the meaning of heritage and powerful. There is no surprise it became popular in the north.

Einar: The one who fights alone. Might sound like an odd meaning, but admirable and romantic in the north.

Fredrik: A silent and strong meaning of peace and ruler.

Gunnar: Means battle and warrior. Truly a strong name for a strong boy.

Gustav: Supporter of the Geats (the Vikings in the west of Sweden and Norway).

Harald: Warlord, and ruler is the meaning of this name.

Hjalmar: Helmet and warrior sums up this name for any young boy who is destined to be protective in his life.

Holger: Means Islet and spear. Stability and effectiveness comes to mind with this name.

Ragnar: Probably well-known for all the Vikings-fans out there. This name carries itself as expected and means godly powers and warrior.

Rolf: Glory and wolf. For any young boy who longs for adventure.

Sixten: An ancient, Swedish name that means victory and stone.

Styrbjörn: The unruly bear. Well fitting for any wild and headstrong young boy.

Ulrik: Literary means power and heritage. What’s not to like?

Vidar: Vidar means tree and warrior, fits perfect for the nature-loving warriors out there.

The north loves nature above all, which gives a strong bond to the mystics that surround the unknown in the wilderness. A lot of Swedish names have been drafted from characteristics of plants, animals, or supernatural beings.

Linnea: Named after a flower from Carl von Linné, creater of the modern system of naming organisms.

Runa: Secret, and that’s all we’re going to say.

Saga: She who sees. Absolutely not a copyright name from the popular candy game. Very popular in the Nordic countries.

Solbritt: Compound of sun and the name Britta.

Arne: Derived from the Swedish word for eagle.

Björn: Same as the Swedish word for bear.

Karl, Carl: Originally meant to be a free man.

Per: Swedish version of the Aramaic word for cliff, or rock.

Ulf: An old word for wolf.

Of course, the names are not purely limited to these types of names. In modern times we find swedish names with other meanings, as can be found below.

Alicia: Derived from the Germanic Adelheid, which means noble.

Olivia: From the Latin name for olive tree.

Bengt: Swedish take on the Latin Benedictus, meaning the blessed.

Stig: Swedish noun for pathway. Means to wander, or wanderer.

Sven: Nordic name that means Young one. Very fitting for any baby boy (as long as they stay) 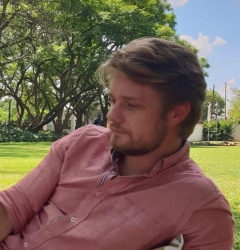 Fredrik Andersson
Brought up in the countryside outside Stockholm, Sweden, I grew up reading any book I could find, playing any instrument that had the misfortune of falling into my hands, and engineering whatever I could imagine. 28 years in, I’m still the same, just with a fancy education and better imagination. 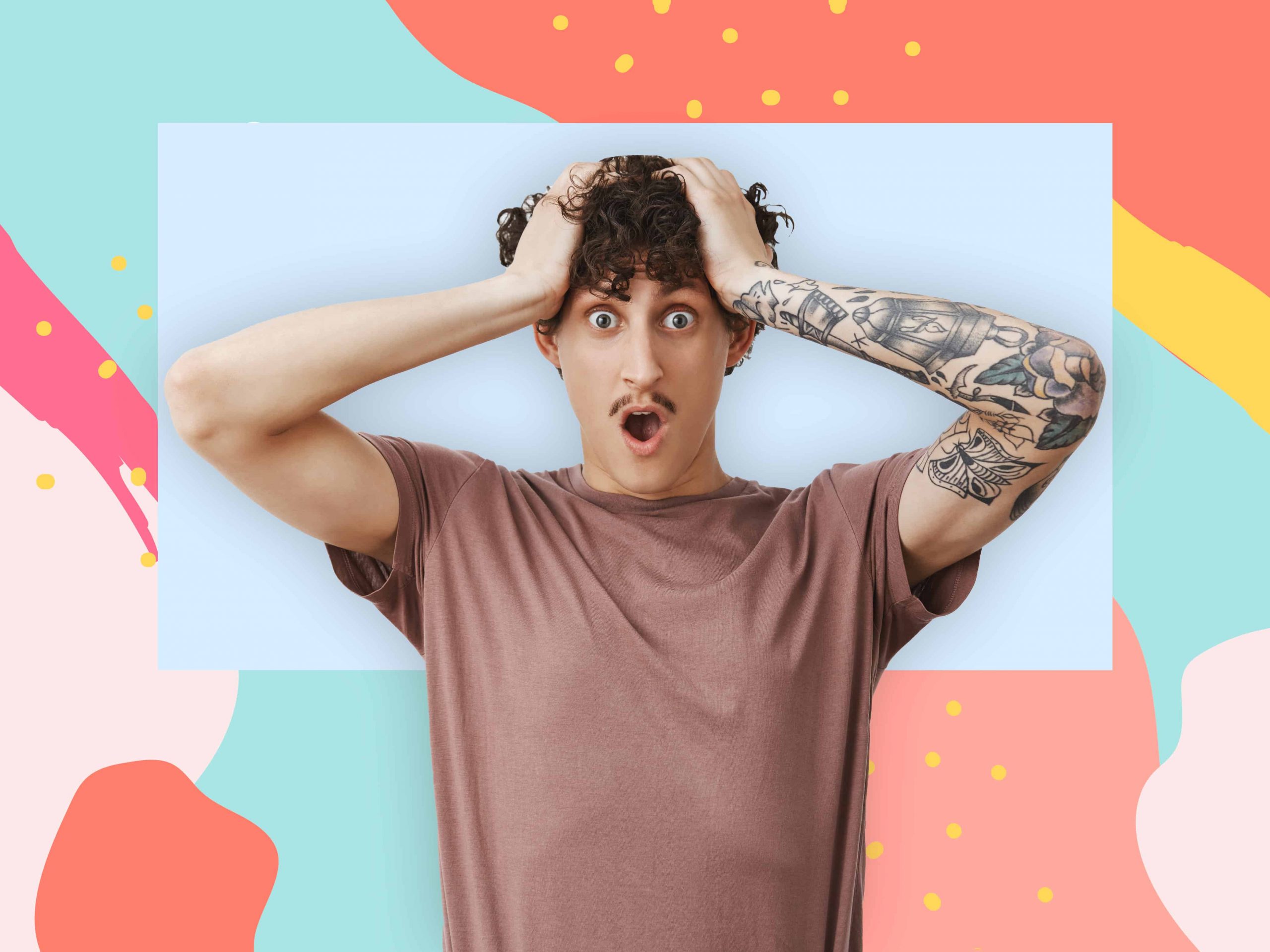 190 Questions to Ask Your Friends 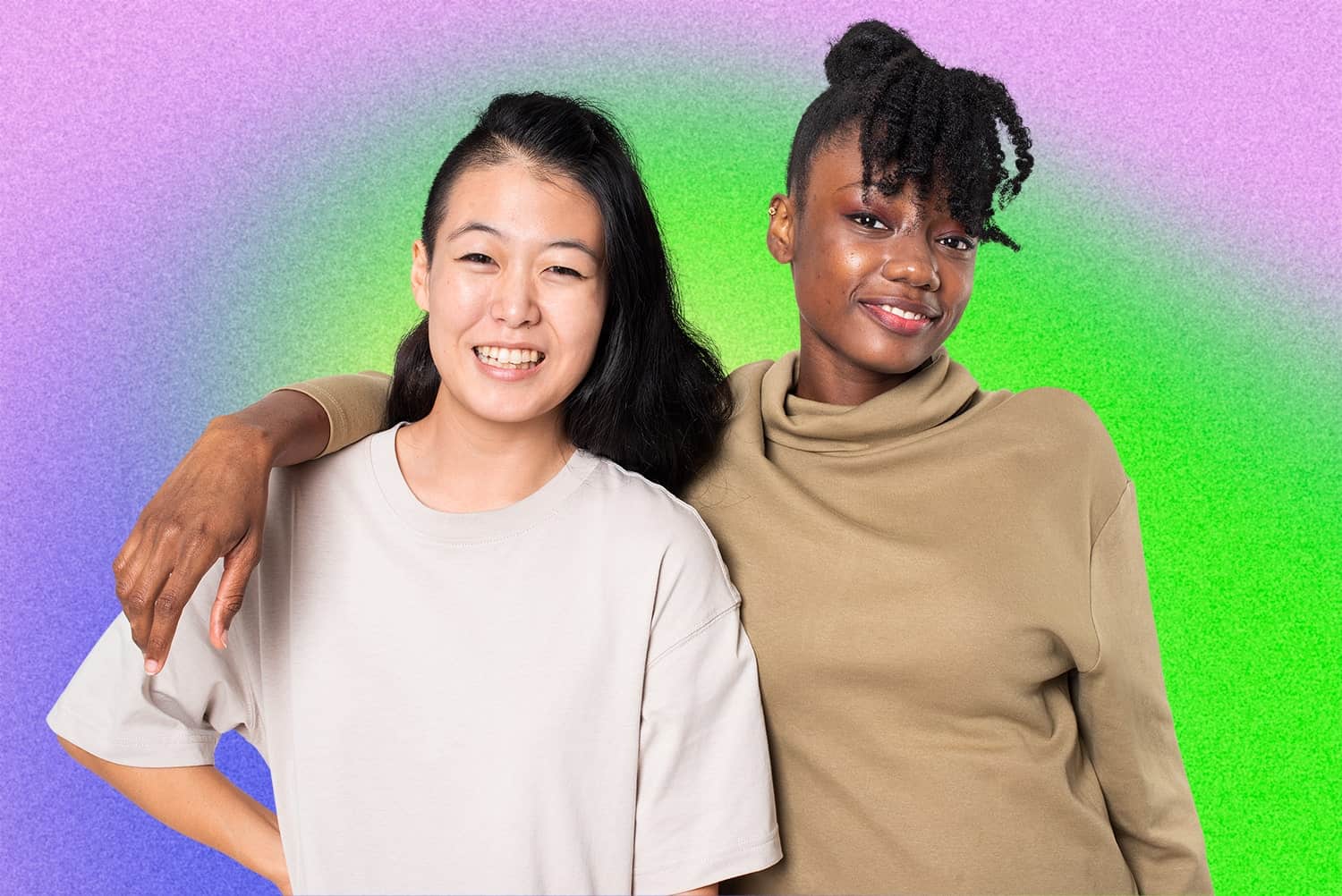 120+ Would You Rather Questions for Boyfriend & Girlfriend 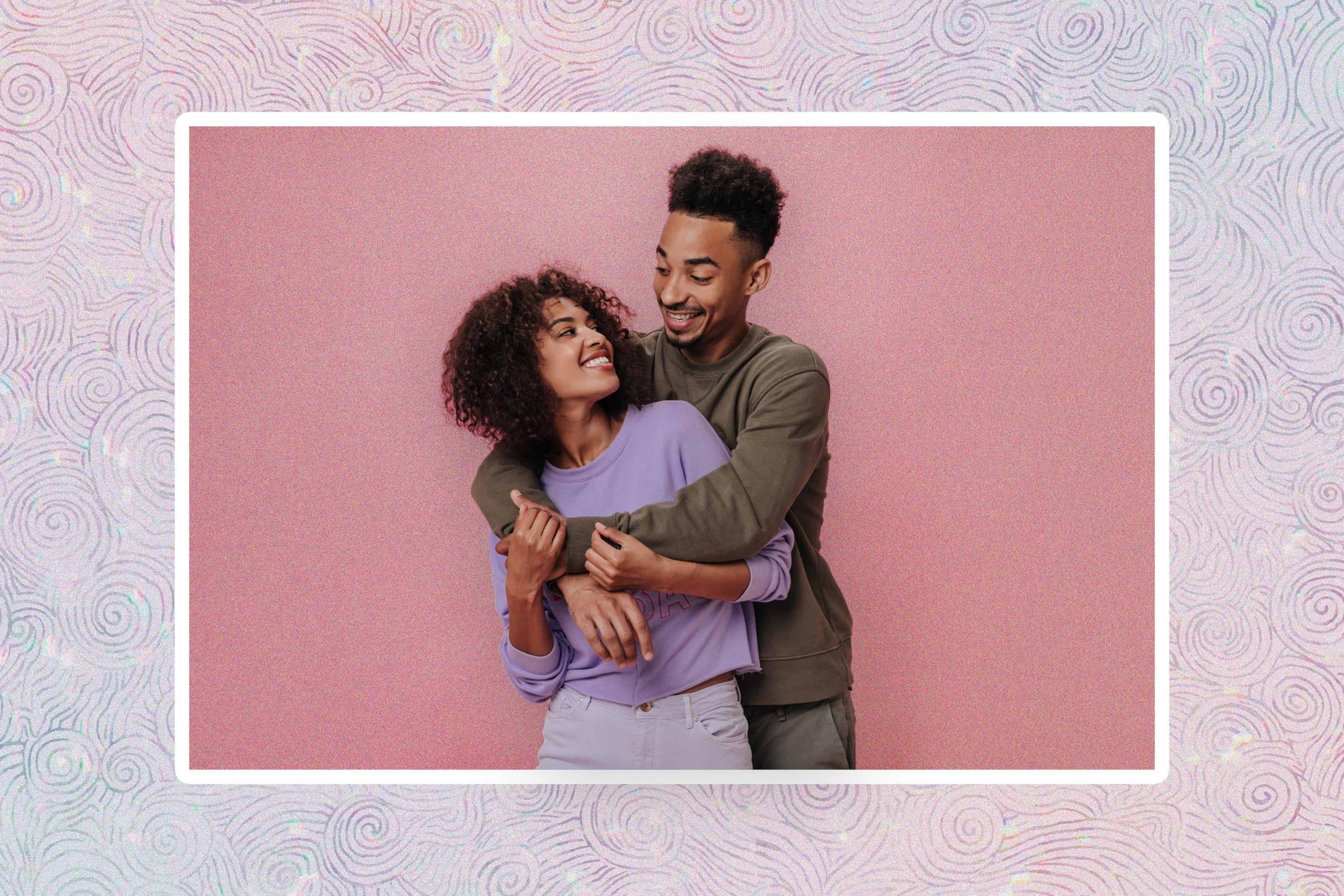 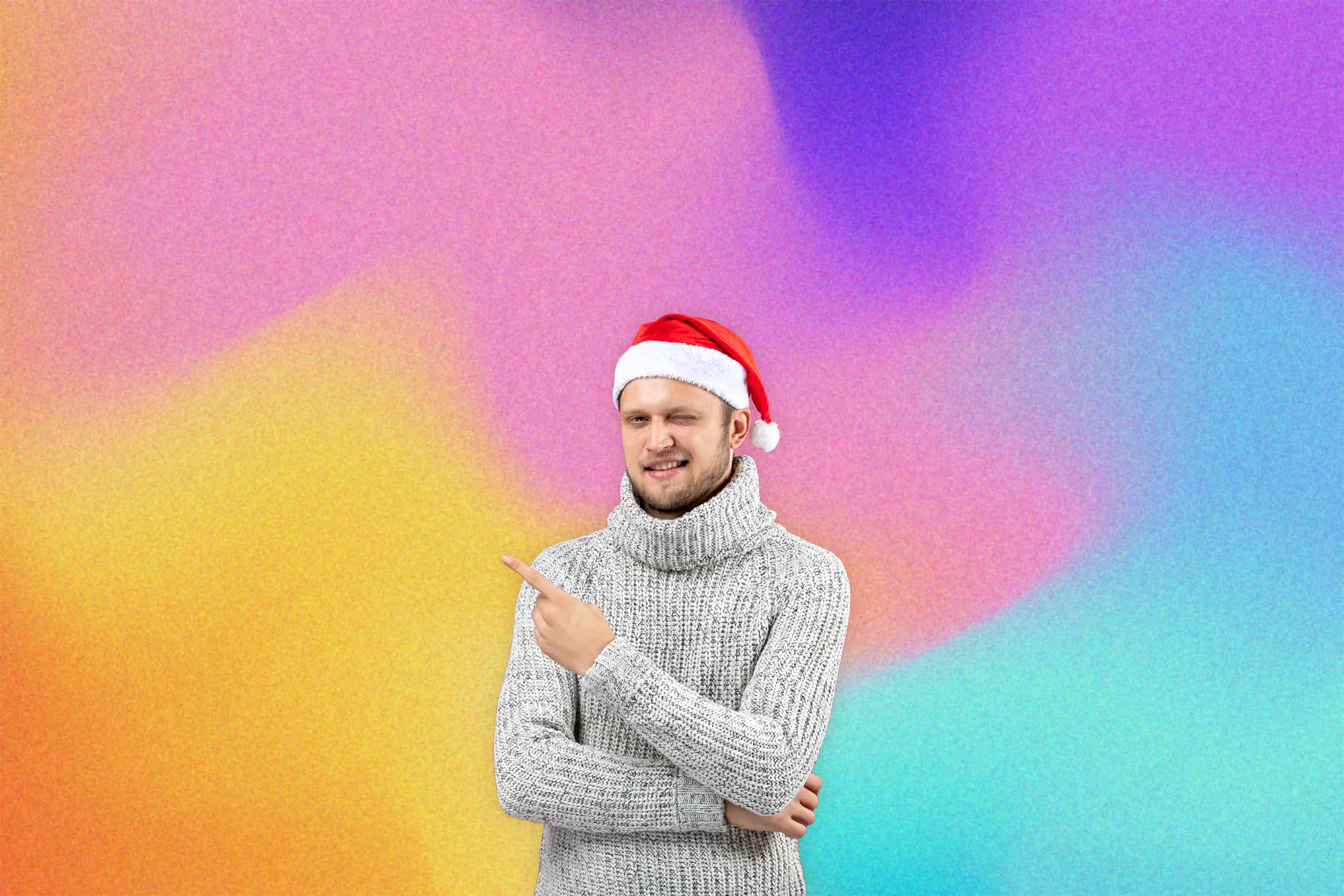