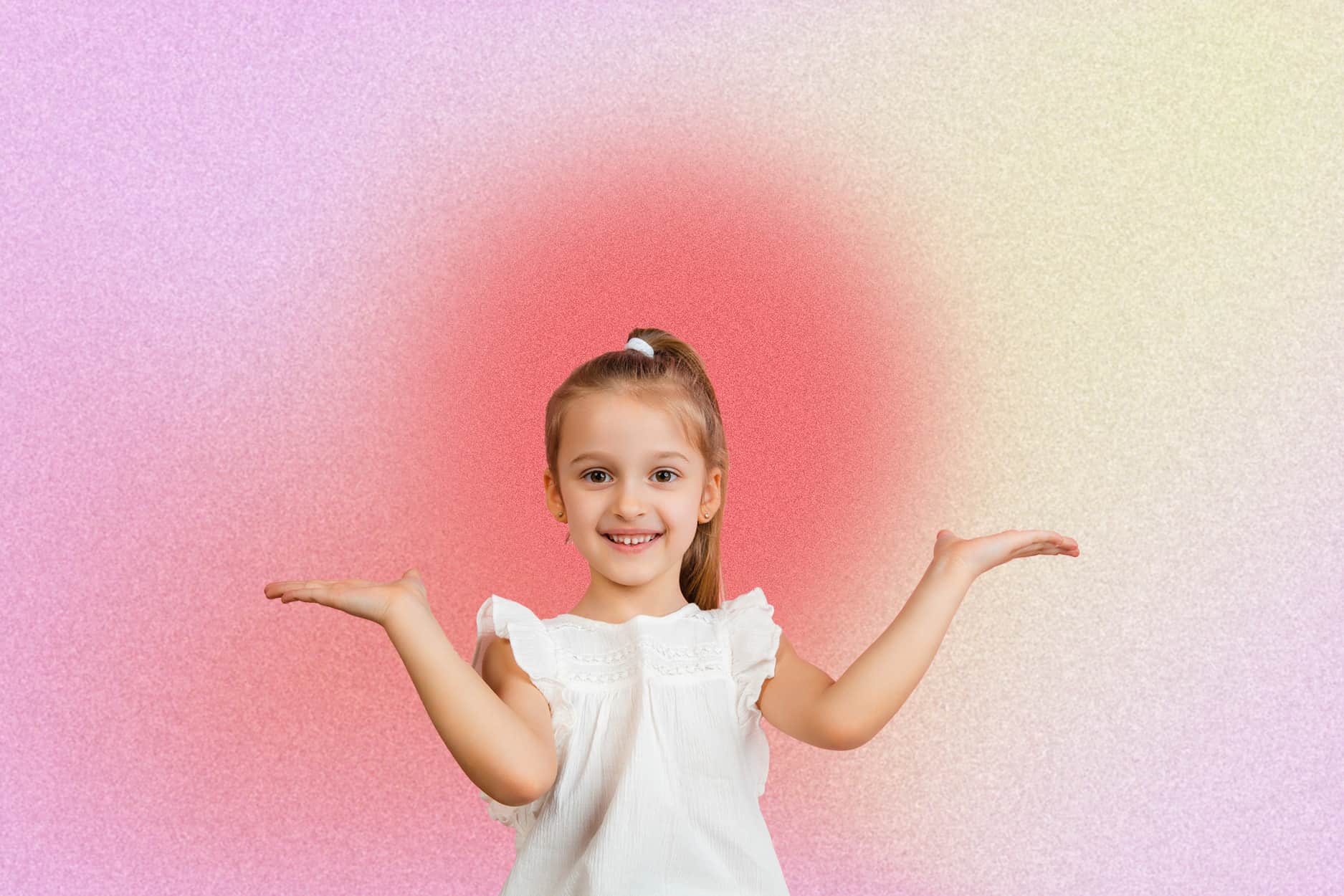 Does your kid constantly ask you questions? It’s time to flip the script!

Entertain your child (and test their knowledge) with these highly-engaging trivia questions about all of their favorite topics – earth, animals, Disney characters, and more! Let’s see if your kid truly knows-it-all!

Trivia questions is a fun parent and child activity to enjoy over dinner, while waiting for an appointment, or any moment you have a little downtime. Spark a conversation with your child while adding to their knowledge of all things fun and fascinating!

Q: What is the lowest prime number?

Q: Does land or water cover most of the earth?

Q: What two colors can be combined to create green?

A: Blue and yellow

Q: How many planets are in our solar system?

Q: Which is the largest planet in the solar system?

Q: Does a baby or an adult have more bones in their body?

Q: Which continent is the largest in area?

Q: What is the world’s tallest mountain?

Q: Which country has the largest population?

Q: What type of landform is Italy considered?

Q: What erupts from a volcano?

Q: How many layers does the earth have?

Q: What layer of the atmosphere protects us from UV rays?

A: The ozone layer

Q: Which country grows the most corn?

A: The United States

Q: What do bees collect from flowers to make honey?

Q: What does a caterpillar create before they emerge from it as a butterfly?

Q: What is a frog called before it is fully grown?

Q: How many legs does an insect have?

Q: Which sport started from a ball and a peach basket?

Q: What caused the Titanic to sink?

Q: At which degree does water freeze?

Q: Which type of disaster features wind in a funnel shape?

Q: What is the longest river in the world?

A: The Amazon River

Q: What continent do bananas originally come from?

Q: Which fruit do raisins come from?

Q: From which vegetable are pickles made?

Q: What is a cloud made of?

A: Water droplets or ice crystals

Q: What is butter made from?

Q: What is the longest season of the year?

Q: How often does a leap year occur?

Q: How many countries are in the world?

Q: What is a common way to celebrate New Year’s Eve, the Chinese New Year, and the 4th of July?

Q: Which holiday is honored with a Menorah?

Q: What type of tree is decorated in homes for Christmas?

A: An evergreen, pine, or fur tree.

Q: What do children in the U.S. usually say as they go door-to-door on Halloween?

A: Trick or treat

Q: What festival of colors comes from India and Nepal?

Q: What is water called when it is frozen?

Q: How many months are in a year?

Q: How many continents are in the world?

Q: Which continent is almost completely covered in ice?

Q: What element do trees produce?

Q: What food group does a tomato belong to?

Q: What is the world’s tallest growing crop?

Q: Which U.S. state is bigger than any European country?

Q: How many brains does a starfish have?

Q: On which continent is the Great Wall of China?

Q: In which month does St. Patrick’s Day take place?

Q: In which season does Valentine’s Day take place?

Q: What type of tree stands that tallest in the world?

Q: What is the world’s coldest ocean?

A: The Arctic Ocean

Q: Where is the chihuahua breed of dog originally from?

Q: How many eyes do spiders have?

Q: What is a group of penguins on land called?

Q: Which country has the largest number of wild tigers?

Q: Around how many feet tall are giraffes when they are born?

A: Around six feet

Q: What type of bird lays the largest egg?

Q: Which animal is responsible for dispersing avocado seeds in the rainforest about 65 million years ago?

Q: Which animal’s name comes from the Australian Aboriginal word for “no water?”

A: The panda bear

Q: Sea turtles can hold their breath for up to how many hours?

Q: Can cheetahs roar or purr?

Q: Do male or female lions do most of the hunting for their pride?

A: Female (called a lioness)

Q: House cats share 95.6% of their DNA with which big cat species?

Q: What color is a polar bear’s skin?

Q: Which animal has the lowest body temperature of any mammal?

Q: Which continent does the aardvark live on?

Q: What country do lemurs come from?

Q: How does the black fur around the eyes of the raccoon help them see?

Q: What is the world’s loudest animal?

A: The Pistol Shrimp

Q: Flamingos are born which color?

Q: What is the only type of bird that can fly backward?

Q: Which snake is the most venomous in the world?

A: The Inland Taipan

Q: What is the world’s deadliest creature?

Q: How many brains does the Giant Pacific Octopus have?

Q: Which sea creature is the only species where males give birth?

Q: Which animal is born the size of a grain of rice?

A: The Tasmanian devil

Q: Which animal has stripes that are as unique as human fingerprints?

Q: What is a baby rabbit called?

Q: Can a horse breath through only its mouth or only its nose?

A: Only its nose

Q: Cows can smell up to how many miles away?

A: Up to six miles

Q: Which animal flies, sleeps upside down, and eats mosquitos?

Q: What is the world’s largest land mammal?

Q: Where does a fox make its home?

A: An underground den

Q: How many noses does a slug have?

Q: When do hippos search for food?

Q: How many species of rhino exist?

Q: Why do otters hold paws when they sleep?

A: So they don’t drift apart in the water.

Q: What is a male deer called?

Q: Why do pigs roll in mud or water?

A: To cool down

Q: For what purpose does a kangaroo use its tail?

Q: What is the only continent with no monkeys?

Q: What is a turtle’s shell made of?

A: Bone and cartilage

Q: What is a hybrid coyote and wolf called?

Q: The Arabic language has over 100 words for which humpacked animal?

Q: Why does a beaver slap its tail on water?

A: To signal danger

Q: Is the platypus venomous?

Q: What was the original name for the hedgehog?

Q: What animal protected grain stores from rodents in the late 1800s and early 1900s?

Q: Hamsters are banned in which U.S. state?

Q: In which European country is it illegal to own only one guinea pig?

Q: What was the first Disney movie?

A: Snow White and the Seven Dwarfs

Q: How many Disney theme parks are there in the world?

Q: Which Disney princess is a skilled archer?

Q: What Disney movie features a “spoonful of sugar” as a remedy?

Q: What was the role of Jasmine’s father in Aladdin?

Q: Which Disney movie has a group of characters called the lost boys?

Q: Which Disney movie is set in China?

Q: What is the name of the central villain in 101 Dalmations?

Q: Which Disney character is considered the Greek god of strength?

Q: What did Cinderella’s fairy godmother turn into a carriage to take her to the ball?

Q: What does Ariel call a fork in The Little Mermaid?

Q: What does Belle see in the magic mirror in Beauty and the Beast?

A: Her father dying in the woods

Q: What are the names of Simba’s meerkat and warthog sidekicks in The Lion King?

A: Timon and Pumbaa

Q: Which Disney character is known for the saying, “To infinity and beyond?”

Q: What sport do the Mighty Ducks play?

Q: Which actress plays both twins in the 1998 verion of The Parent Trap?

Q: What animal is Emperor Kuzco turned into in The Emperor’s New Groove?

Q: In what state does Remember the Titans take place?

Q: What do Mike and Sully collect for Monsters, Inc.?

Q: Which Disney film is spoken in Japanese?

Q: In the Princess Diaries, which country is Mia the princess of?

Q: From what planet is Stitch in Lilo and Stitch?

Q: What type of fish is Nemo in Finding Nemo?

A: A clown fish

Q: What is the featured restaurant in Ratatouille?

Q: Where does the 2009 version of The Princess and the Frog take place?

A: The Lousiana bayou

Q: What type of pet does Kristoff have in Frozen?

Q: Who are the five “emotion” characters in Inside Out?

Q: What animal does Mei turn into in Turning Red?

A: A red panda

Q: What was the name of the talking cricket in Pinnochio?

Q: Which Disney film featured a symphonic concert with the Philadelphia Orchestra?

Q: What special skill does Dumbo discover he has?

A: He can fly using his ears

Q: What is the name of the skunk in Bambi?

Q: What crime is comitted against the kittens, Toulouse, Berlioz, and Marie in The Aristocats?

Q: What type of sports team is featured in Cool Runnings?

A: A bobsled team

Q: What kind of trip does Goofy take Max on in A Goofy Movie?
A: A fishing trip

Q: What is the name of the hummingbird in Pocahontas?

Q: What city does James dream of going to in James and the Giant Peach?

Q: What kind of college sports team has a lively scene in the 1997 film, Flubber?
A: Basketball

Q: In The Jungle Book, what animal raises Mowgli?

Q: What treasure does Moana return to the lava goddess in Moana?

A: The heart of Te Fiti

Q: What is the job of Judy Hopps in Zootopia?

Q: Which movie, featuring a princess with an epic length of hair, is the most expensive animated film that Disney has produced?

Q: Which holiday is celebrated in Coco?

Q: What symbol represents the magic of the Family Madrigal in Encanto?

A: The Miracle Candle

Q: In Luca, what are the three events in children’s triathlon that Luca trains for with his friends Alberto and Giulia?

A: Swimming, pasta-eating, and biking

Q: What artifact are brothers Barley and Ian searching for in Onward?

A: The Phoenix gem

Q: What does Scrat the squirrel chase for the entire Ice Age movie?

Q: What does Mary Sanderson fly when her broom is stolen in Hocus Pocus?

A: A vacuum cleaner 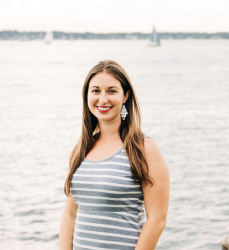 Catherine Stanley
Catherine Stanley is a writer, middle school teacher, and mom who runs on caffeine. After growing up in the foothills of North Carolina, Catherine settled in Hillsborough, NC, after attending UNC-Chapel Hill. When she is not writing or raising children, Catherine can be found training for CrossFit competitions, reading a good book, or playing with her chihuahua, Jupiter. 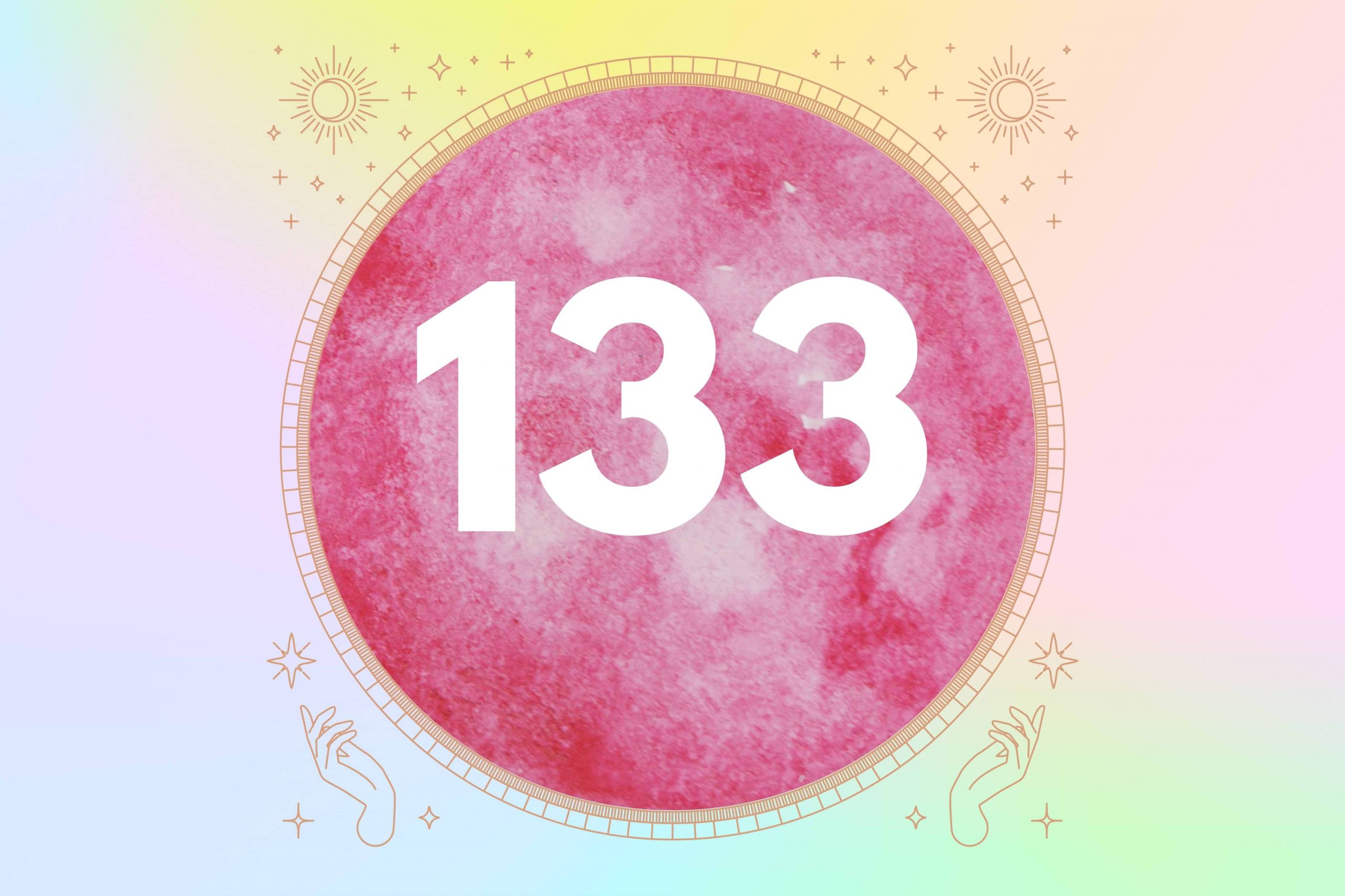 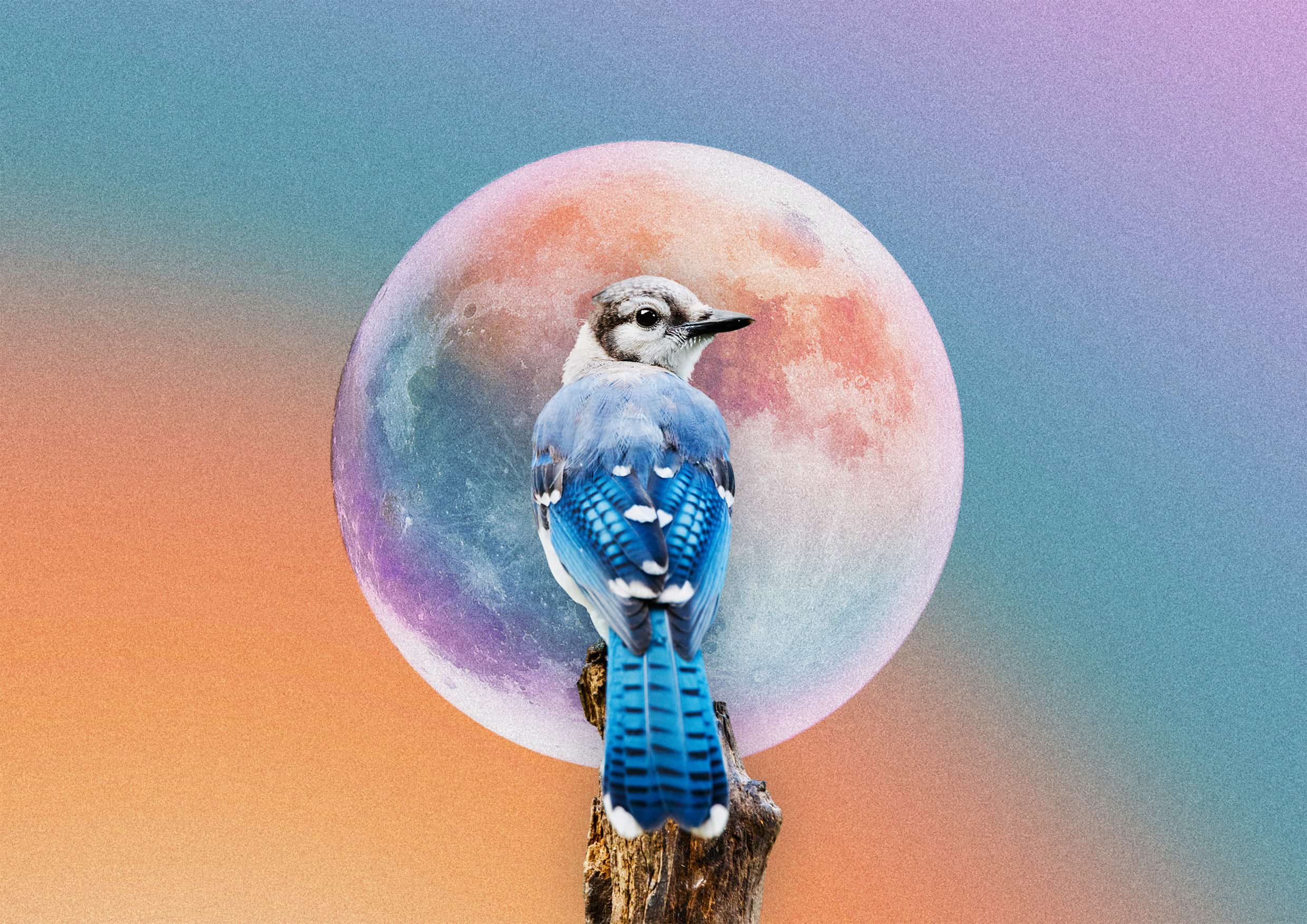 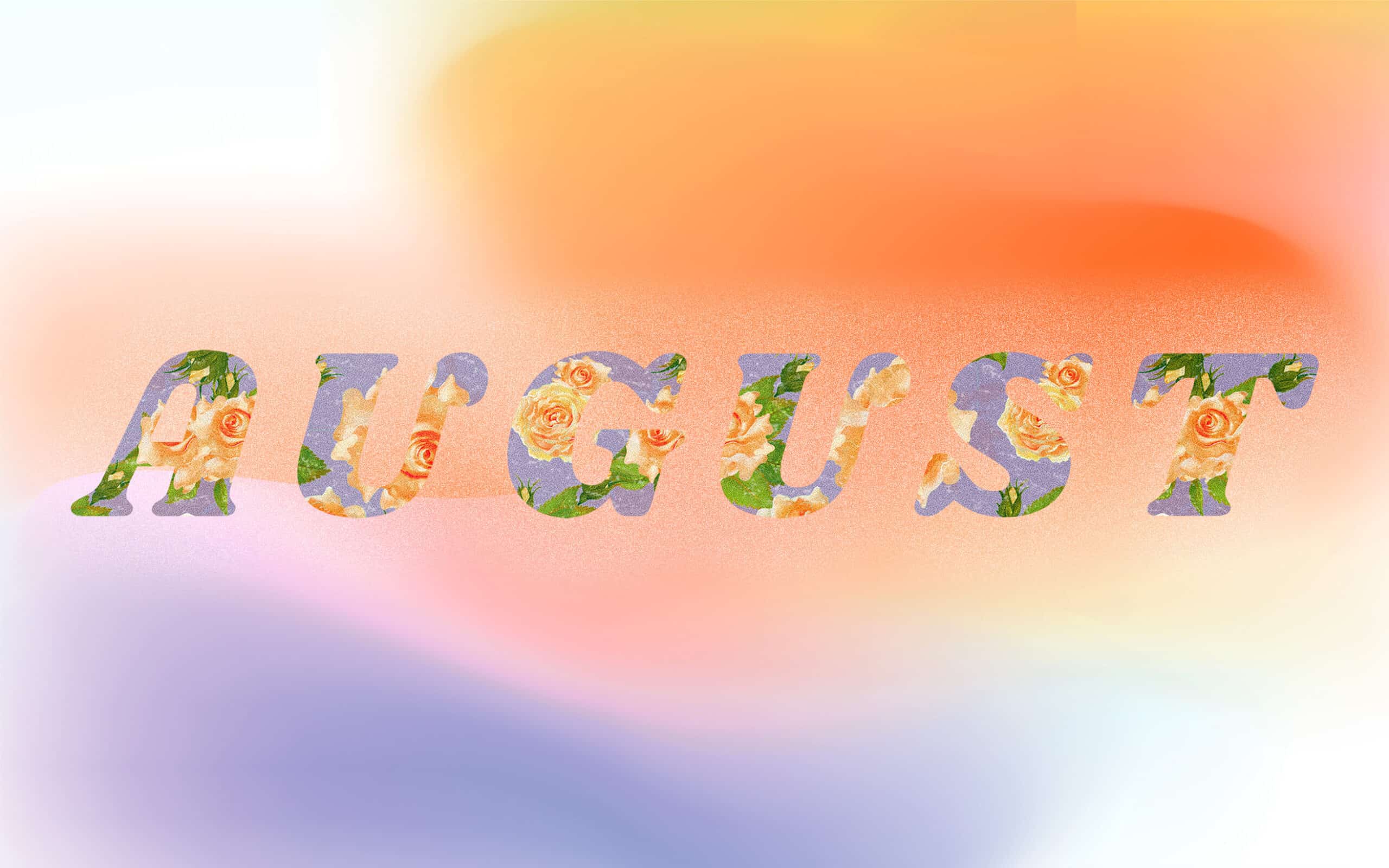