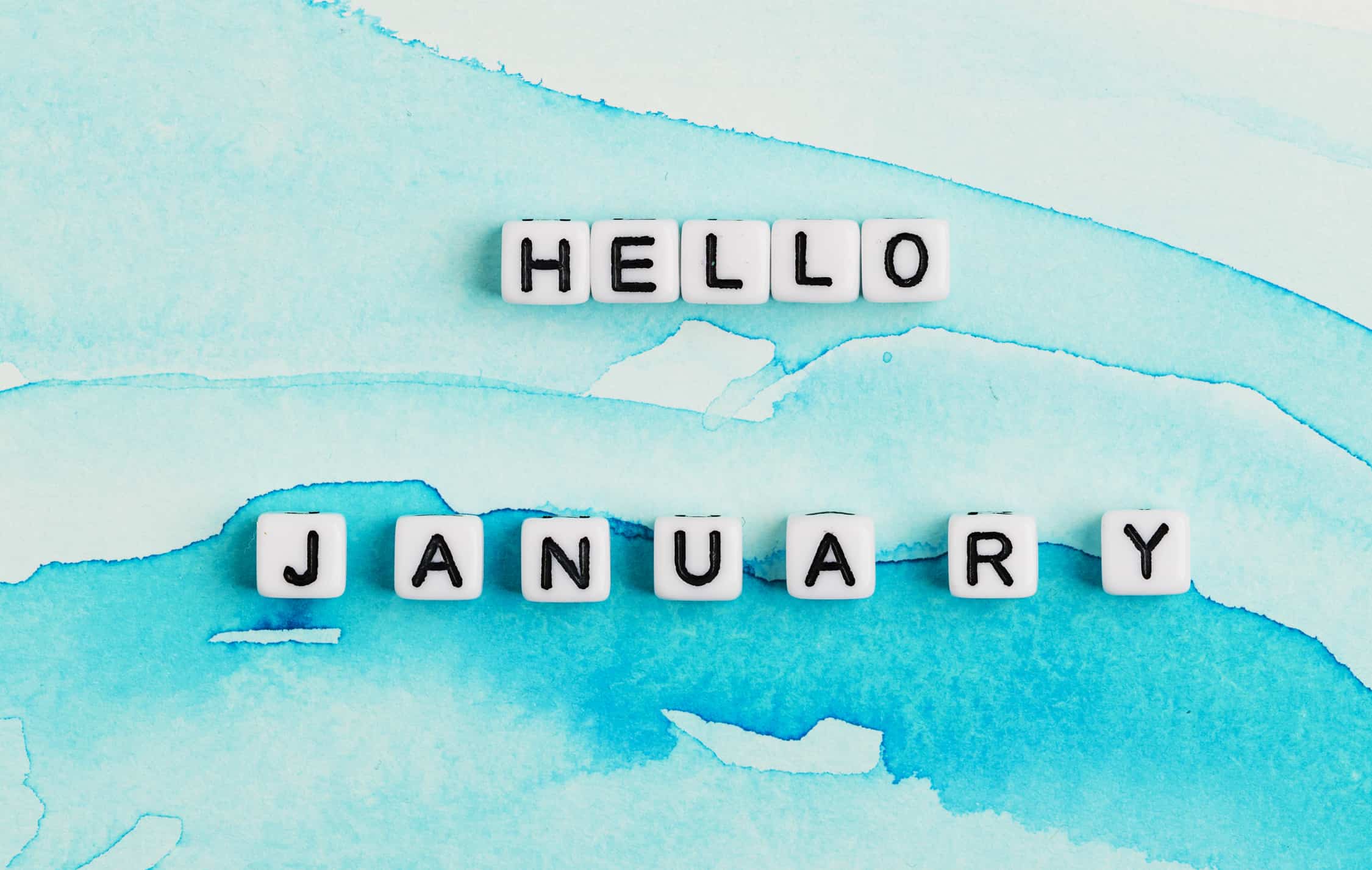 January Quotes — January appears out of nowhere, and suddenly you’re panicking. Feeling uninspired after an overindulgence of Christmas food and alcohol, and now you need to step it up and get your life priorities into shape, because what’s nothing more New Year-ish than scrolling the internet or social media for quotes of inspiration that you hope will kick start that fresh, goal-driven, new you.

This particular month we experience highs and then can fall flat easily, the winter weather haunts us, and we are already counting the days for spring and summer so we can at least see the sunset later in the evening. It’s a difficult routine to get into, and if the past few years have taught us anything, it’s that we have to force ourselves to be motivated. January is a month of setting goals and no matter the goal we need a push. From poets and writers such as Dickens or T.S. Eliot to the inspirational actor Michael Caine, we have 64 January quotes and sayings that will help with that sudden dip in the drive.

The most charming thing about January is how winter, the darkest season of them all, is it shares with us its hidden beauty in combination with new beginnings and fresh starts. There’s something poetic about the idea of a cold winter morning, the sun barely making it through the dull clouds and a quote or two rolling off your tongue as you sip a hot cup of coffee.

Enjoy these january quotes, whether they fill you with comfort and reassurance or ignite something within you to take on and challenge that new beginning, that new you.

64 January Quotes To Celebrate The Start of 2022

“January is the month for dreaming.” – Jean Hersey

“You’d be so lean that blasts of January would blow you through and through.” –William Shakespeare

“Like January weather, the years will bite and smart, and pull your bones together to wrap your chattering heart.” – Dorothy Parker

“January is the calendar’s in grown hair.” – Stewart Stafford

“The magic in new beginnings is truly the most powerful of them all.” – Josiyah Martin

“Call it ‘the New Year’s resolution effect’— it’s why gyms that were crowded in January are only half full in July and why so many slightly used guitars are available on Craigslist.” – Anders Ericsson

“New year—a new chapter, new verse, or just the same old story? Ultimately, we write it. The choice is ours.” – Alex Morritt

“A New Year has tiptoed in. Let’s go forward to meet it.” – Anusha Atukorala

“Let us do something incredible this New Year: Let us try to see the world from the window of other cultures!” – Mehmet Murat ildan

“Nothing burns like the cold.” – George R. R. Martin

“If I had my way, I would remove January from the calendar altogether and have an extra July instead.” – Roald Dahl

“January is the garbage can of movies in America, directly after all the Oscar contenders have been out.” – Michael Caine

“To read a poem in January is as lovely as to go for a walk in June.” – Jean Paul

“There are two seasonal diversions that can ease the bite of any winter.  One is the January thaw.  The other is the seed catalogues.” – Hal Borland

“If a goal is worth having, it’s worth blocking out the time in your day-to-day life necessary to achieve it.” – Jill Koeing

“An optimist stays up until midnight to see the New Year in. A pessimist stays up to make sure the old year leaves.” – Bill Vaughn

“And now let us believe in a long year that is given to us, new, untouched, full of things that have never been.” – Rainer Maria Rilke

“It is deep January. The sky is hard. The stalks are firmly rooted in ice.” – Wallace Stevens

“January was a two-faced month, jangling like jester’s bells, crackling like snow crust, pure as any beginning, grim as an old man, mysteriously familiar yet unknown, like a word one can almost but not quite define.” – Patricia Highsmith

“Treat every day like it’s a new year because it is.” – Temitope Ibrahim

“You should set goals beyond your reach, so you always have something to live for.” – Ted Turner

“Feeling a little blue in January is normal.” – Marilu Henner

“What the new year brings to you will depend a great deal on what you bring to the new year.” – Vern McLellan

“January looks forward to the new year and back to the old year. He sees past and future.” – M.L. Stedman

“Winter, a lingering season, is a time to gather golden moments, embark upon a sentimental journey, and enjoy every idle hour.” – John Boswell

“Dear world, I am excited to be alive in you, and I am thankful for another year.” – Charlotte Eriksson

“The New Year, like an Infant Heir to the whole world, was waited for, with welcomes, presents, and rejoicings.” – Charles Dickens

“To shorten winter, borrow some money due in spring.” – W.J. Vogel

“Winter dawn is the colour of metal; The trees stiffen into place like burnt nerves.” – Sylvia Plath

“To appreciate the beauty of a snowflake, it is necessary to stand out in the cold.” – Aristotle

“Spring, summer, and fall fill us with hope; winter alone reminds us of the human condition.” – Mignon McLaughlin

“I like these cold, grey winter days.  Days like these let you savour a bad mood.” – Bill Watterson

“I love the Mediterranean for the fact that winter is over in a minute, and the almond blossom arrives in January.” – Jade Jagger

“No one’s ever achieved financial fitness with a January resolution, that’s abandoned by February.” – Suze Orman

“We will open the book. Its pages are blank. We are going to put words on them ourselves. The book is called Opportunity and its first chapter is New Year’s Day.” – Edith Lovejoy Pierce

“In the depth of winter, I finally learned that there was in me an invincible summer.” – Albert Campus

“Every single year, we’re a different person. I don’t think we’re the same person all of our lives.” – Steven Spielberg

“It’s harder to stay on top than it is to make the climb. Continue to seek new goals.” – Pat Summitt

“Every year is a chess game. New Year is a new chess game! You make the right moves; you win the game!” – Mehmet Murat ildan

“The shortest day has passed, and whatever nastiness of weather we may look forward to in January and February, at least we notice that the days are getting longer.” – Vita Sackville-West

“January is the quietest month in the garden… But just because it looks quiet doesn’t mean that nothing is happening.” – Rosalie Muller Wright

“Little January will stay a month with me, and we will have such jolly times – Just come along and see.” – Winifred C. Marshall ‘January’

“Tomorrow, is the first blank page of a 365-page book. Write a good one.” – Brad Paisley

“January? The month is dumb. It is fraudulent. It does not cleanse itself.” – Anne Sexton

“I love beginnings. If I were in charge of calendars, every day would be January 1.” – Jerry Spinelli

“Lots of people go mad in January. Not as many as in May, of course. Nor June. But January is your third most common month for madness.” – Karen Joy Fowler

“Winter is a season of recovery and preparation.” – Paul Theroux

“You can get excited about the future. The past won’t mind.” – Hillary DePiano

“There is always an opportunity to start again and again, if the old ways are not working last year, look for better ways of doing it in the new year and start again afresh.” – Bamigboye Olurotimi

Rebecca Pursell
Rebecca is English literature & Creative writing student and a writer. She is currently working on a poetry collection and various short stories, which she hopes to publish soon. When not studying, she enjoys gaming and reading books. 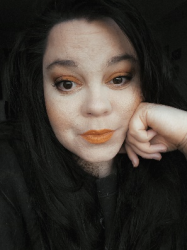 Rebecca Pursell
Rebecca is English literature & Creative writing student and a writer. She is currently working on a poetry collection and various short stories, which she hopes to publish soon. When not studying, she enjoys gaming and reading books.

46 Love Quotes For Him 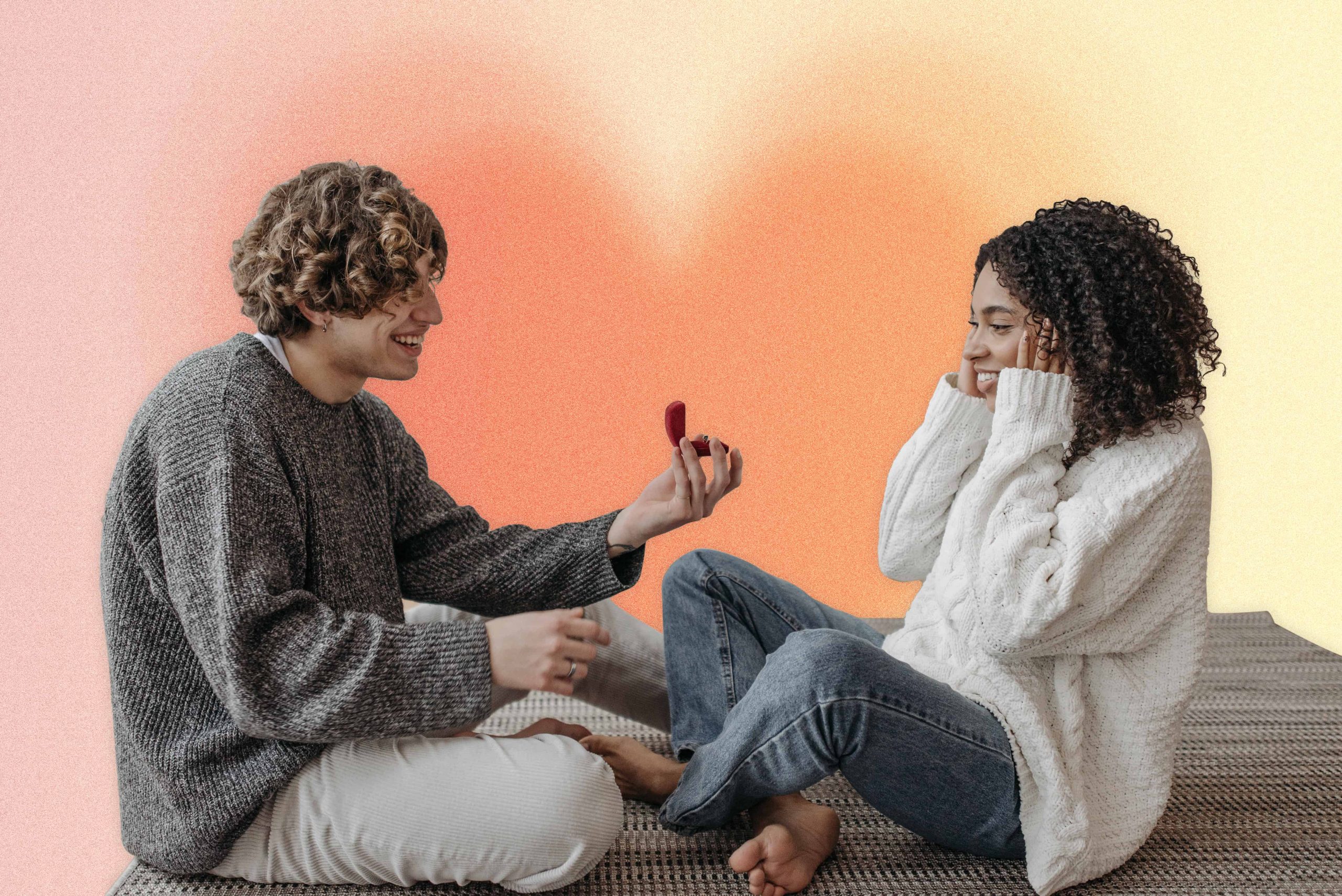 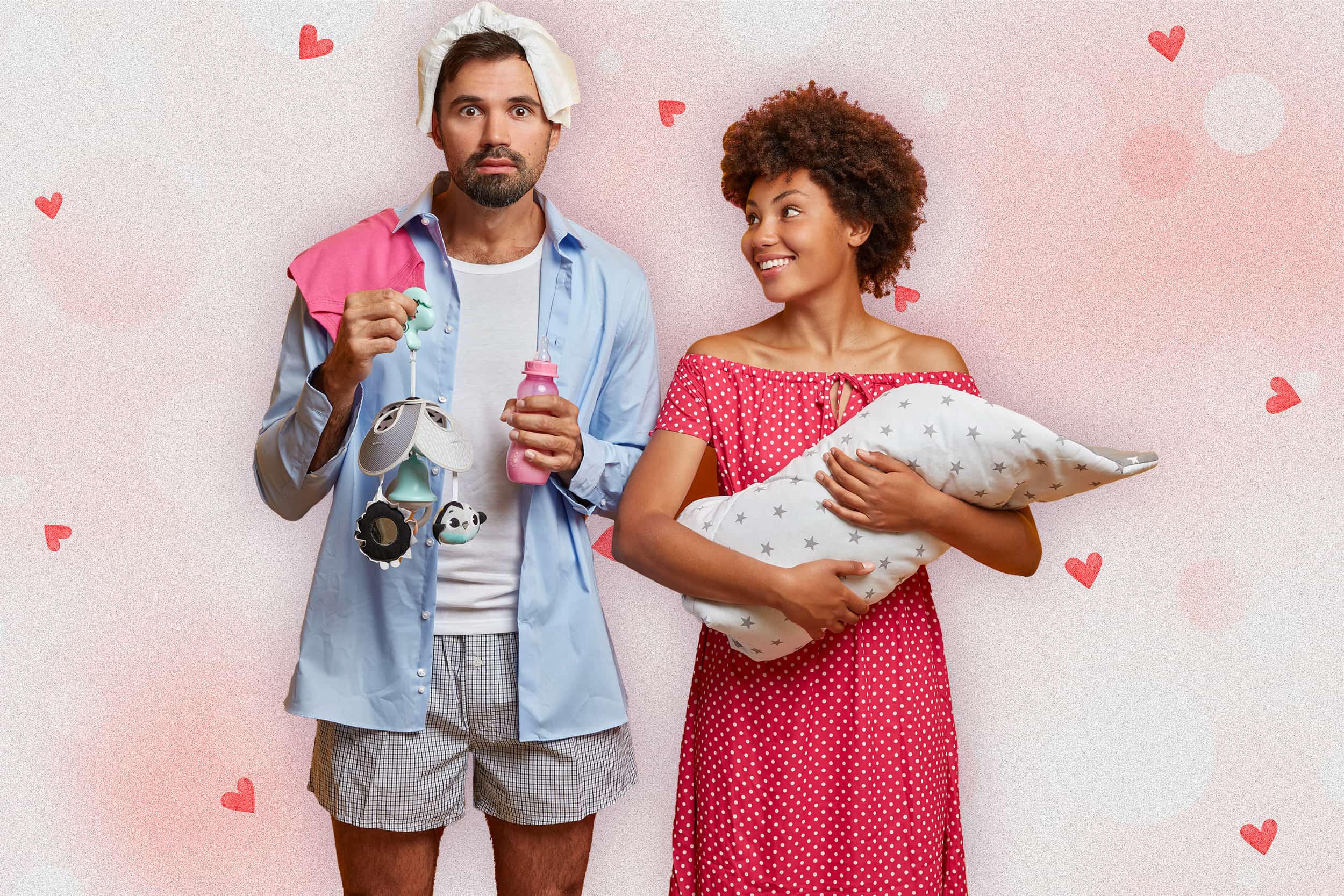 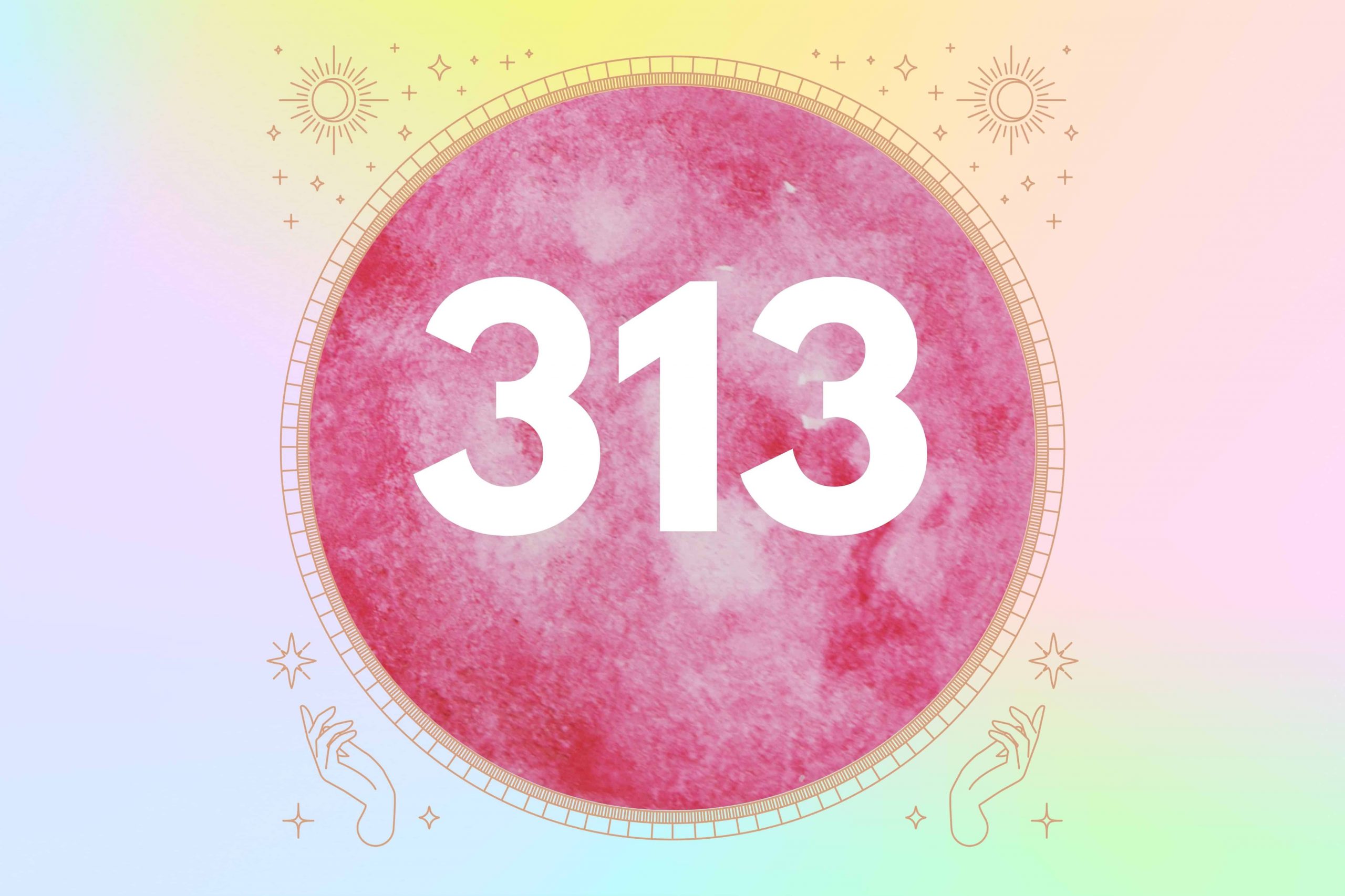 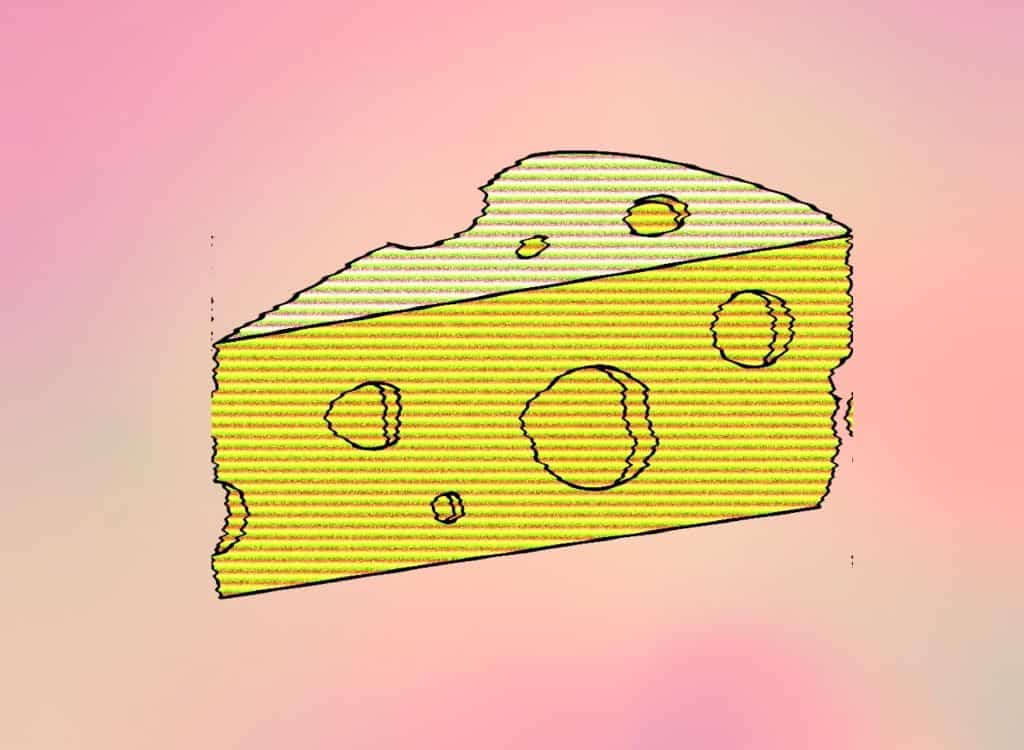