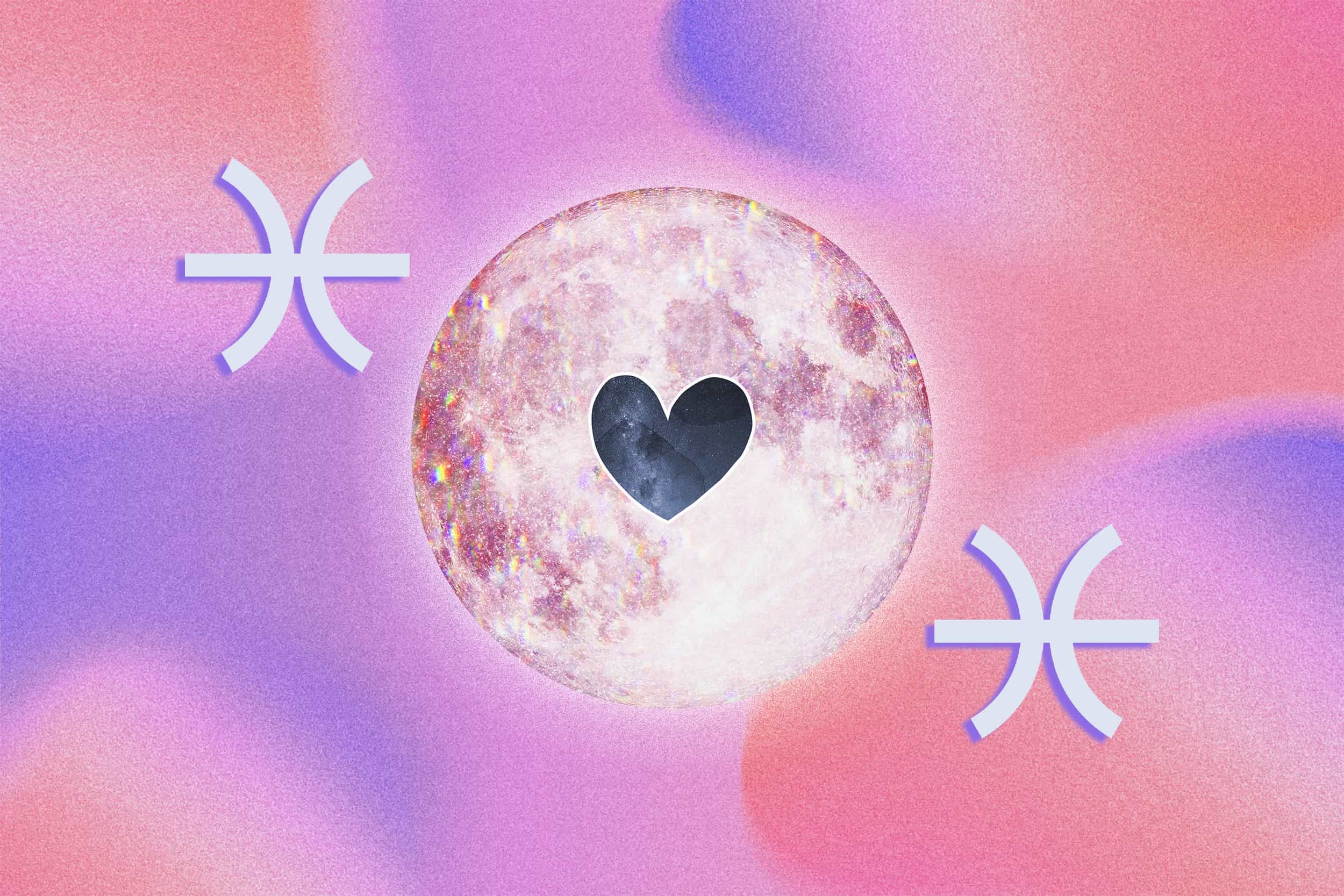 When two mutable, open-minded Fish get together, they are up for pretty much anything. They can travel to the lowest of lows, escaping through addictions, daydreaming, and fantasy, or channel their desire for transcendence into the creative arts and serving humanity.

Pisces are easygoing by nature, which may mean they take a while to spring to action. While they rely on their intuition for personal guidance and have a depth of spiritual wisdom, they are not too eager to share their impressions with others. As a general rule, they prefer the path of least resistance.

Since Fish are empathetic by nature, they don’t have much trouble sensing each other’s feelings and emotional needs, allowing them to be drawn to each other quite naturally.

Pisces are gentle, sensitive, and adaptive. They can be annoyed, but they are not likely to give into theatrics. If a problem does grow out of hand, they’re more likely to drop it and move on than continue to struggle.

Pisces expects to be neglected or unnoticed, to be the last or to have the least. Thus
they don’t mind being overlooked by their friends and family because they actually enjoy being unobtrusive and watching the flow of life without drawing too much attention to themselves. Together, these two may not draw much attention from outsiders. If they happen to be in the public eye, they may not actually enjoy it. They certainly don’t seek personal glory or fame.

They must be careful not to let their fear of the limelight get so out of hand that it holds them back from actively participating in life. They must remember that their creativity and compassion are desperately needed in the world.

With their strongly honed extrasensory perception, these two can communicate through telepathy alone. But they can also run into communication troubles and silently accuse one another, pull away without notice or mislead each other with their words.

Both know what it’s like to be accused of being deceptive or sneaky by those who don’t understand their subjective and ever-changing take on life. To put it more bluntly, they are prone to bend the truth in order to avoid confrontation, if they believe it will serve no purpose and only create unnecessary pain. But when it comes to communicating with each other, they know the jig is up and that there’s really no point in trying to trick each other. When the discussion is between just the two of them, they are more likely to tell the truth, trusting each other not to make a dramatic scene.

Taking much of their connection for granted, they may not always express their appreciation and respect for each other verbally. They assume that simply sympathizing with the other is enough, but this tendency can leave them both feeling cold and disconnected if it is not kept in check.

Pisces have the special gift of accepting upsetting situations and difficult people – including each other’s – knowing that they are an inevitable part of life. They understand that character flaws are rooted in a lack of love and that resisting their own shadow or those of others only adds fuel to the fire. Their deep mercy is a balm for more cantankerous souls who don’t always feel seen or heard by others. Being free of false pride, two Fish are able to laugh at themselves, allowing others to also relax around them.

Pisces can be the definition of grace, charm, elegant poise, and delicate sensibility – making these two wildly appealing to each other.

They don’t like to be pursued too aggressively, so being with someone who understands their desire for a more detached, gentle approach to romance can be wonderfully refreshing.

Pisces knows that love is the only balm for their own bouts of melancholy, the only force capable of bringing them out of their mystical dreamland. When they finally see one another’s hopeful hearts in each other’s eyes, it’s like the sun has remembered to shine for them again.

A marriage is sure to amplify both their positive and negative qualities. On the plus side, there is more gentleness, imagination, empathy, and clairvoyance, as well as greater wit and the humility to let others be the star of the show.

What these two must watch out for is a tendency to be lost in daydreams, become too lazy or idle, get lost in confusion, give into phobias, bend the truth to suit their agendas, and allow themselves to be walked all over.

Their fears and nerves also get amplified in a marriage relationship, so they have to work to keep themselves stabilized in the here and now. Otherwise, they risk creating a union that is too fragile and delicate to last.

Fish can fear each other as well as themselves, causing them to miss out on opportunities to realize their dreams. The secret is to poke through their fears with their playful humor.

These two can both view the relationship through rose-tinted glasses, feeling crushed when their seductive illusions crumble into dust. Or they may cling to the illusion and try to force it into reality through sheer effort.

If one of them is too domineering or embittered because they’ve seen too much ugliness in life, they may turn to promiscuity or cutting words to cover up their pain. In this case, the other partner will need to display a great deal of compassion and patience to help them swim upstream again.

Pisces know that their partner doesn’t want them to be too intrusive. They know how to be submissive and receptive without being masochistic. They are also gifted at balancing vulnerability and sensitivity with intelligence and discernment, eager to protect each other from the harshness of less sensitive types.

These two are both romantic dreamers, connecting in the dream world as much as they do in waking life. They have to watch out for codependency and learn to care for themselves as much as they do for each other. Doing so is the only way to build more of a sustainable container for their relationship.

Pisces and Pisces in Bed

The Piscean sex life may not be all passion and fireworks, but neither needs such intensity to feel fulfilled. They can connect deeply in a flowing, poetic and magical way, helping them transcend the blandness of the everyday world.

Pisces is drawn to merge physically because it takes away their sense of loneliness and isolation. They are open to all forms of sexual expression, as simply being enthralled by the richness of sensation is arousing for them.

They are both able to relax and let go with ease and enjoy intimacy tremendously as a respite from the demands of the world. But they have to be careful not to use intimacy as a way to escape their earthly responsibilities or may end up with material problems down the road.

If one Pisces notices that the other is not happy with their work or facing an issue at home, they can try listening with greater care to their partner’s hidden longings. Ironically, despite their understanding of the needs of others, Pisces can lack the ability to be analytical with their own feelings.

The Fish long to capture the essence of their soul – to connect freely with the elements, to swim, climb and walk barefoot, to merge with the night and day, unconstrained by social conditioning. They long to follow a spiritual calling, although the modern materialistic world does not always permit it.

Unless they find a way to pursue these dreamy goals with a strong will, they can end up feeling frustrated, and turn to unhealthy forms of escapism.

Pisces are learning to understand each other’s impassioned spirits instead of giving into hidden fears. When they are silent or tearful, all it means is they need a break to enjoy the peaceful sanctuary far away from society and return renewed.

Both are all too happy to exchange material security for true freedom of expression of the soul. When they take these adventurous breaks together, they can encourage each other to do so in a way that allows them to follow their higher aspirations, instead of as a way to avoid the demands of the world.

They can trust that their instinctive knowing will guide them to everything they need along their journey. When they do what they love, abundance flows to them naturally, a metaphysical law that they know all too well, but sometimes forget.

When they allow themselves to live in freedom, no matter what society says, they will find themselves swimming happily in contentment and peace.

While these two can be sneaky and indirect with others, they know better than to pull that game with each other.

Pisces are swimming (some would say drowning) in empathy, sensitivity, and emotional perceptivity.

Pisces value freedom to swim between worlds and freedom to be themselves above all else.

There will be no shortage of poetic seduction and romantic reverie between these two dreamy types.

What are some famous Pisces-Pisces couples?

What signs are a good match for Pisces?

Pisces get along swimmingly with their sensitive water sign friends, Cancer and Scorpio. Their gentle nature is also completed well by the safe container of the earth signs, Taurus and Capricorn.

Are Pisces and Pisces a good match for marriage?

Two Fish can make a swimmingly happy couple, granted they don’t use the intoxicating allure of their romantic bond to avoid their earthly responsibilities. 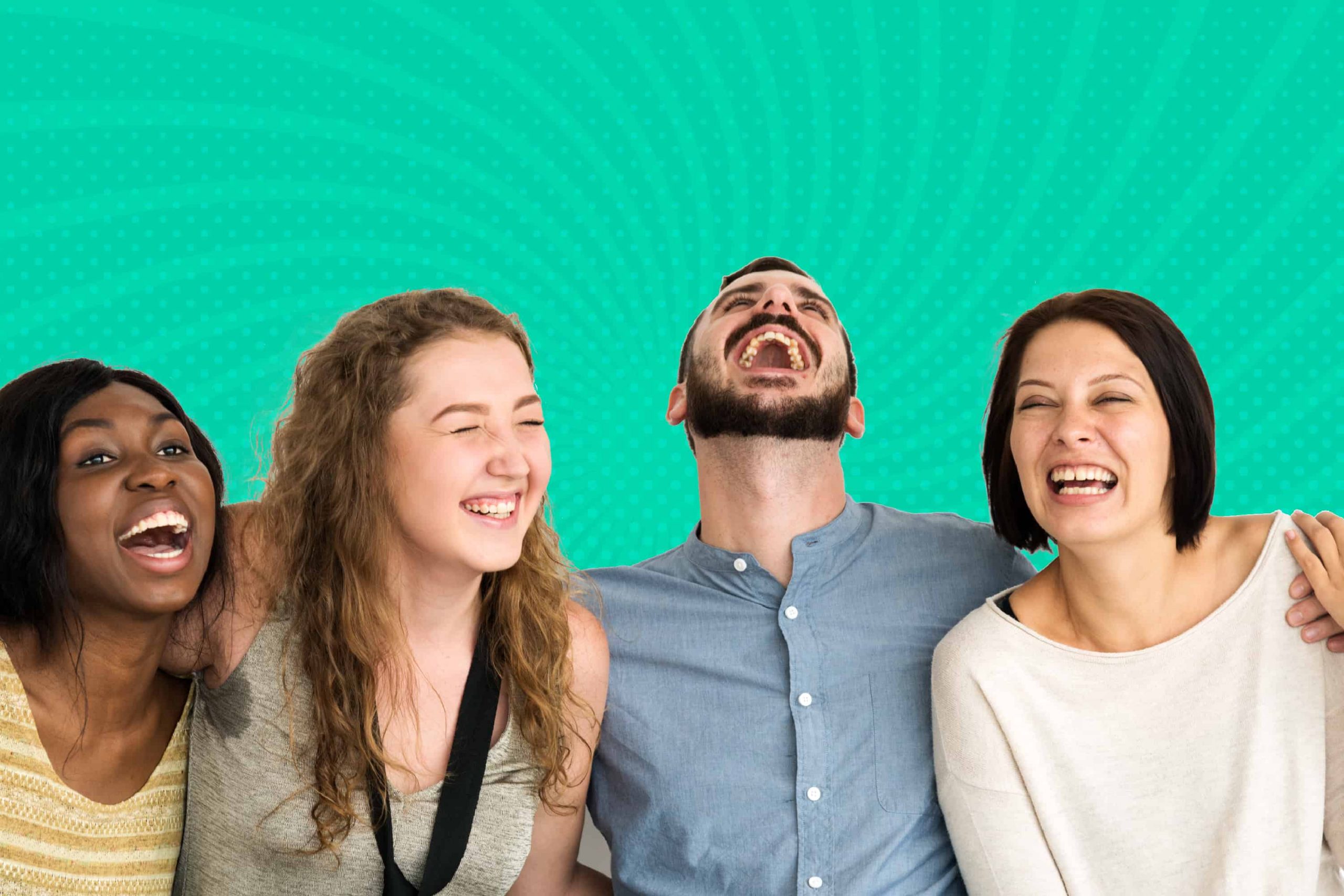 127 Fun Things to Do When Bored