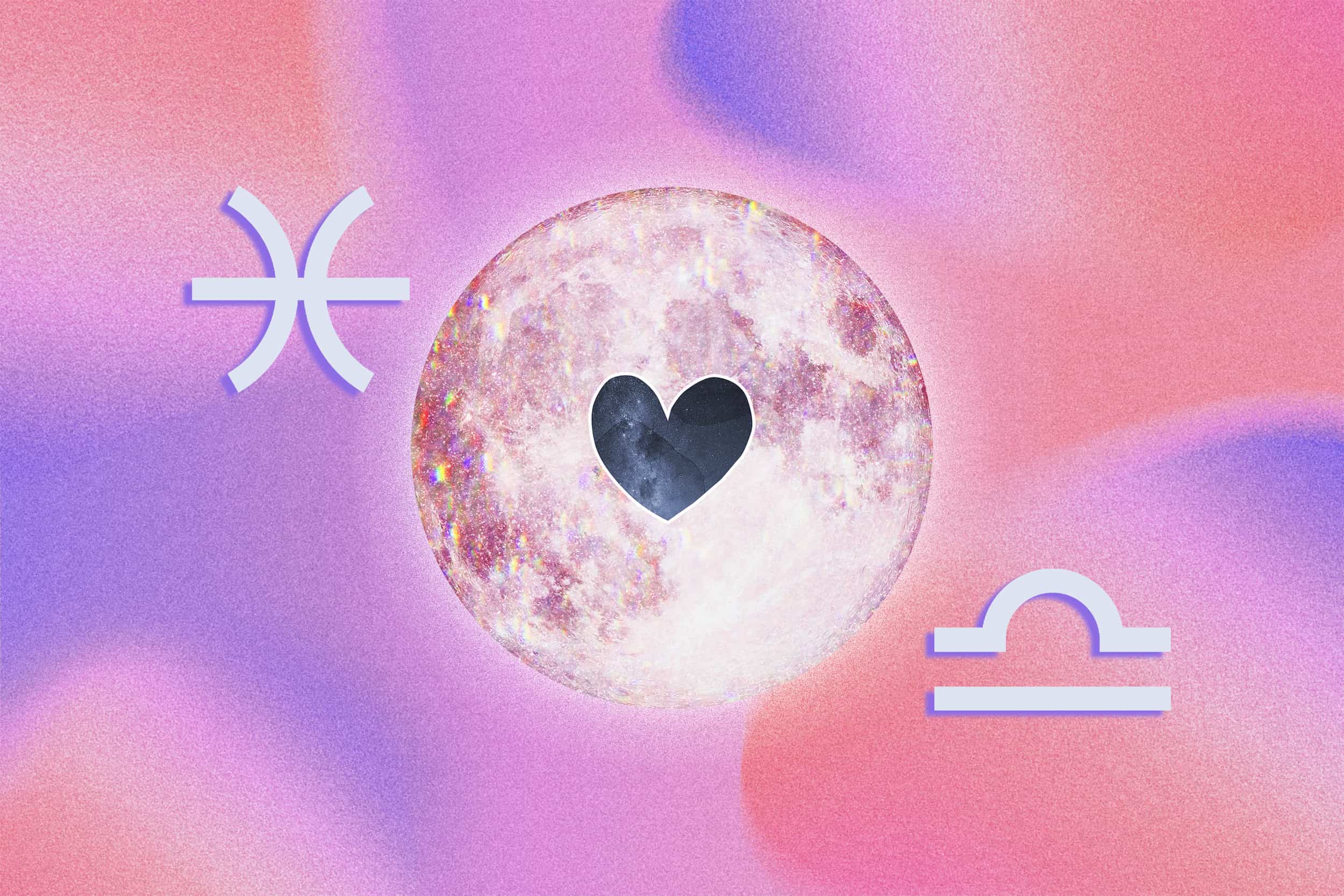 Pisces and Libra are both easy-going pacifists who place a high value on creativity and the arts. Pisces can sometimes feel a little too moody for cheerful Libra, but by practicing tolerance, they can build a mutually growthful connection. Libra can teach Pisces how to take things more lightly while Pisces can support Libra in developing more emotional depth and empathy instead of relying solely on logic and judgment.

The Libran smile can charm any opposition into submission. It is not just an attractive feature, but a force of light that touches hearts and moves people. The same can be said about Pisces’ beautiful eyes. The depth of soul and compassion in them are simply spellbinding.

These two may find each other puzzling at first and may not initially be drawn to connecting unless they’re brought together by outside forces. Once they do so, Libra will notice pretty quickly that the Fish wants to serve them in some way. Of course, the Fish are inclined to provide service to everyone, but the intensity is strengthened with Libra. However, they have to be careful to not let their helpful instinct slip into masochism and feel taken advantage of.

These two can easily get wrapped up in debates and discussions about all sorts of subjects. They may philosophize and argue about religious, moral, and philosophical questions or just the latest news, weighing all the pros and cons and dissecting every point.

Libra will look to find a fair and balanced perspective and Pisces will be quick to offer a variety of different viewpoints to help them arrive at an impartial decision.

Libra is eager to get married while the Fish can go a long time without a traditional union, seeing relationships as a stifling of their freedom and something to avoid.

Libra has trouble making up their mind, while Pisces is not known for aggressive action or strongly held convictions.

Pisces may grow frustrated waiting for Libra to make up their mind. To help them resolve their inner conflict, Pisces can try making a decision for them. When they do so, Libra, being an innate leader is sure to grow uncomfortable and feel compelled to take back their decision-making power and decide for themselves.

Another strategy they can try is replacing one subject of indecision with another since the second decision will cancel out the first. A final strategy could be to give Libra a set period of time in which to decide.

Using such firm tactics may be difficult for the Fish, especially if they have to follow a fixed deadline to motivate their indecisive Libra partner.

Pisces is great at make-believe and they may give the world of the imagination more stock than reality. As such, discussing the dichotomy of linear, rational thinking versus imagination and creativity can be a stimulating subject of debate for them.

Libra can have trouble balancing their love of logic with their longing for the poetic and ethereal. Pisces, with their talent for imagination, magic, and mystery can help them find the balance they’re looking for.

Pisces adores Libra for their ability to move seamlessly from their intellect and reasoning to their romantic and tender feelings, finding the combination of reason and gentleness simply irresistible. While Pisces is also compassionate, they can definitely use some of the Libran practicality, even if it’s an uncomfortable adjustment for them at first.

Libra reminds Pisces of the wholesomeness of crisp fall weather and campfire songs but also has an exotic allure that creates a mystical hint of faraway temples and incense-filled pagodas.

Pisces being a mutable yin sign and Libra being a cardinal yang sign means that Libra will often have the last word on their collective decisions. However, if Libra becomes too demanding and pushy and loses the egalitarian balance of the relationship, Pisces may simply drift off elsewhere. Yet because of the Piscean need to serve Libra in some way, they are sure to be patient and make a real effort before swiming away.

Pisces may want to keep secrets from Libra, due to their need for privacy, which may upset Libra, who feels that such secrets undermine their agreement to be transparent.

These two are strongly attracted to each other, both physically and spiritually. Libra has the capacity to arouse more desire and passion in Pisces than they ever knew existed.
Likewise, Libra is drawn in by Pisces’ gentle and loving heart.

Pisces gives Libra a chance to dream again, to allow themselves to be transported to an enchanted fantasy world of soothing songs and cotton candy rainbows, where they can take a break from reality and allow their soul to roam free.

Pisces and Libra in Bed

Pisces is drawn in by Libra’s cooing, soft voice, and graceful manner and Libra by Pisces’ ability to transport them to another, softer dimension through lovemaking.

Blessed with deep sensitivity and a romantic inclination, they are both great at foreplay and seduction. They may both tend to be on the passive side, but it’s not a real problem since there is enough sexual chemistry for them to learn to alternate between giving and receiving pleasrue.

The romantic bond that they create through their sexual intimacy can help smooth over any difficulties they may have in adjusting their personalities. Pisces fills Libra’s heart with the tender love and affection they yearn for, knowing intuitively how to physically demonstrate their love for their Libra partner in a way that earns their trust.

Libra, in turn, can offer Pisces the same fulfillment, instinctively sensing their unspoken desires. Together, their lovemaking combines a dreamy quality with fertile passion, reaching levels of poetic ecstasy and magical alchemy.

Libra does not mean to be difficult when they weigh everything up in the air for soundness and reason. If Pisces takes one stance, they will take automatically take the opposite, only because they are trying to be just and fair.

Despite their many arguments, when they do fall in love, they will discover that they also have a lot in common. They are both sentimental and sensitive, both adore love and beauty and both prefer peace and harmony to discord and aggression.

While Libra enjoys debate, neither of them enjoys tense conflicts. If they sense too much of it from the world, they will seek solace in each other’s soft and peaceful arms.

These two have to be careful not to lead each other into procrastination or escapism since they both have a tendency to seek out pleasure and seduction and fantasy as a way to avoid painful realities.

Piscean faith and Libran optimism combine to create a strong and beautiful bond. Pisces may sometimes complain that Libra is not sensitive enough to sense the reasons behind their moods, and is too rational and detached in their approach to conversations. Their wisdom is also expressed differently: Libra is more intellectually based, despite being a romantic at heart and Pisces is deeply emotional, even if they seem cool on the surface. Yet if Pisces is patient, they will eventually see the deeper empathy behind Libra’s eyes. They have to remember that Libra may be distracted by their own mental puzzles, since it’s easy for them to get wrapped up in their heads.

Although Pisces can be indirect, Libra will find a way to keep things fair and transparent.

These two are both romantics at heart and adore showing affection and showering each other with love.

Libra loves intellectual debate, while Pisces can be a bit wary of constant discussions.

They both value creativity, the arts, beauty, harmony, and peace.

What are some famous Pisces-Libra couples?

What signs are a good match for Libra?

Libra pairs nicely with the other air signs, Gemini and Aquarius, and the fire signs, Leo and Sagittarius.

Are Pisces and Libra a good match for marriage?

Pisces and Libra make a fantastic match for marriage as they both value kindness, romance, and the arts. They are also both sensitive and gentle enough to work through any conflicts and restore loving harmony. 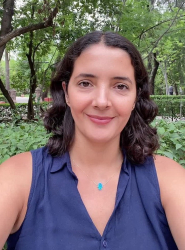 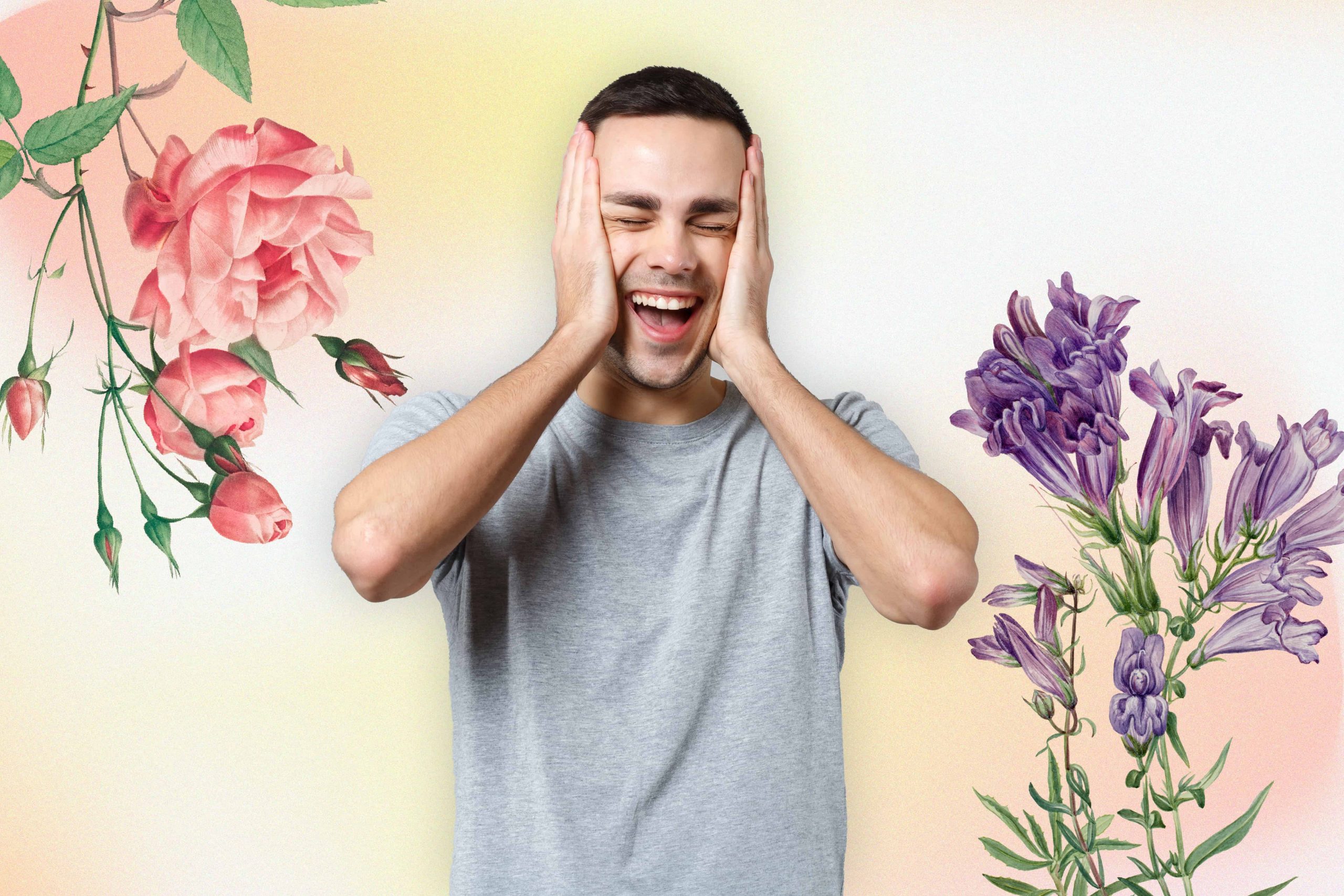 Who Am I? Game Questions & Ideas 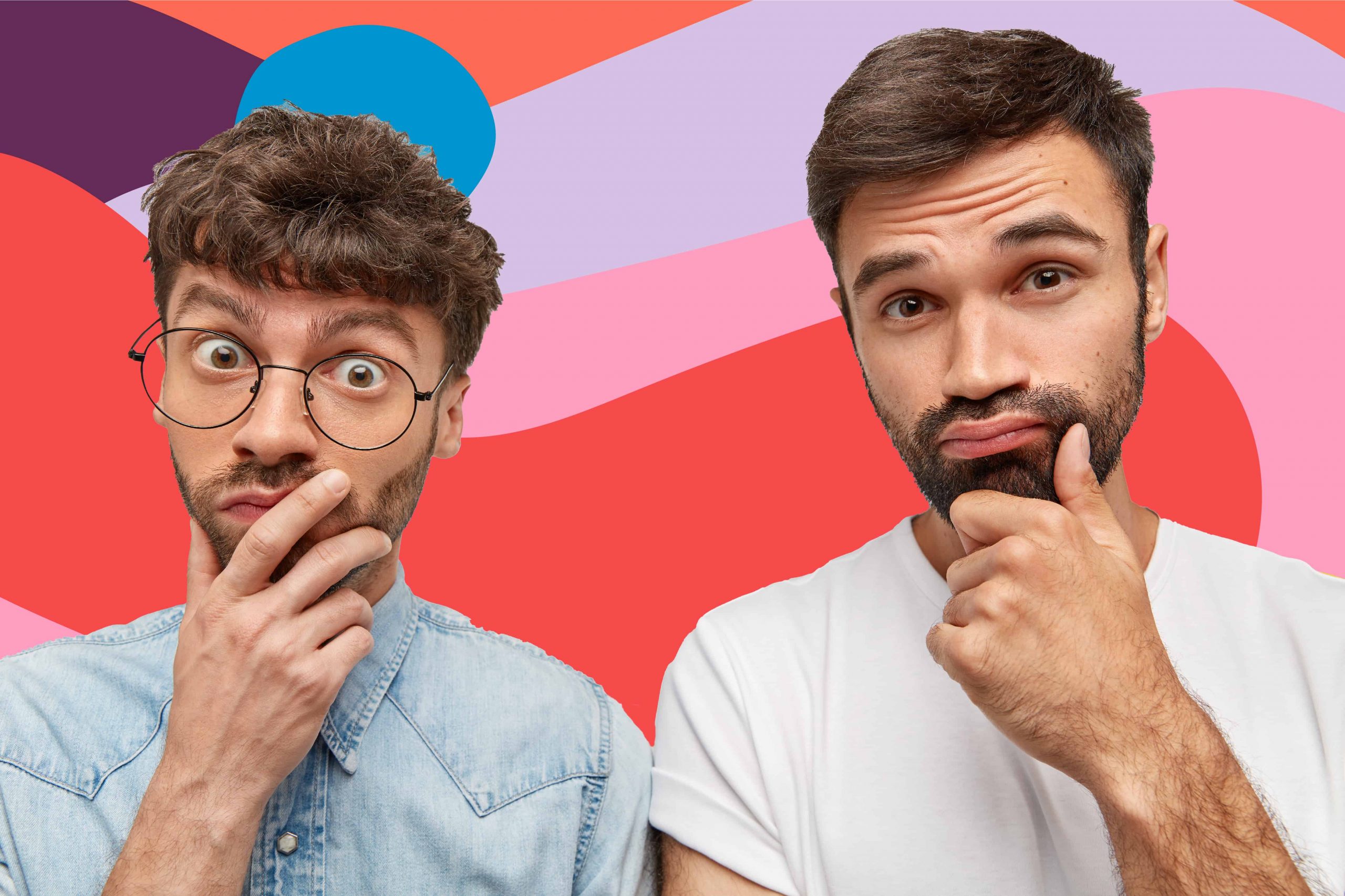 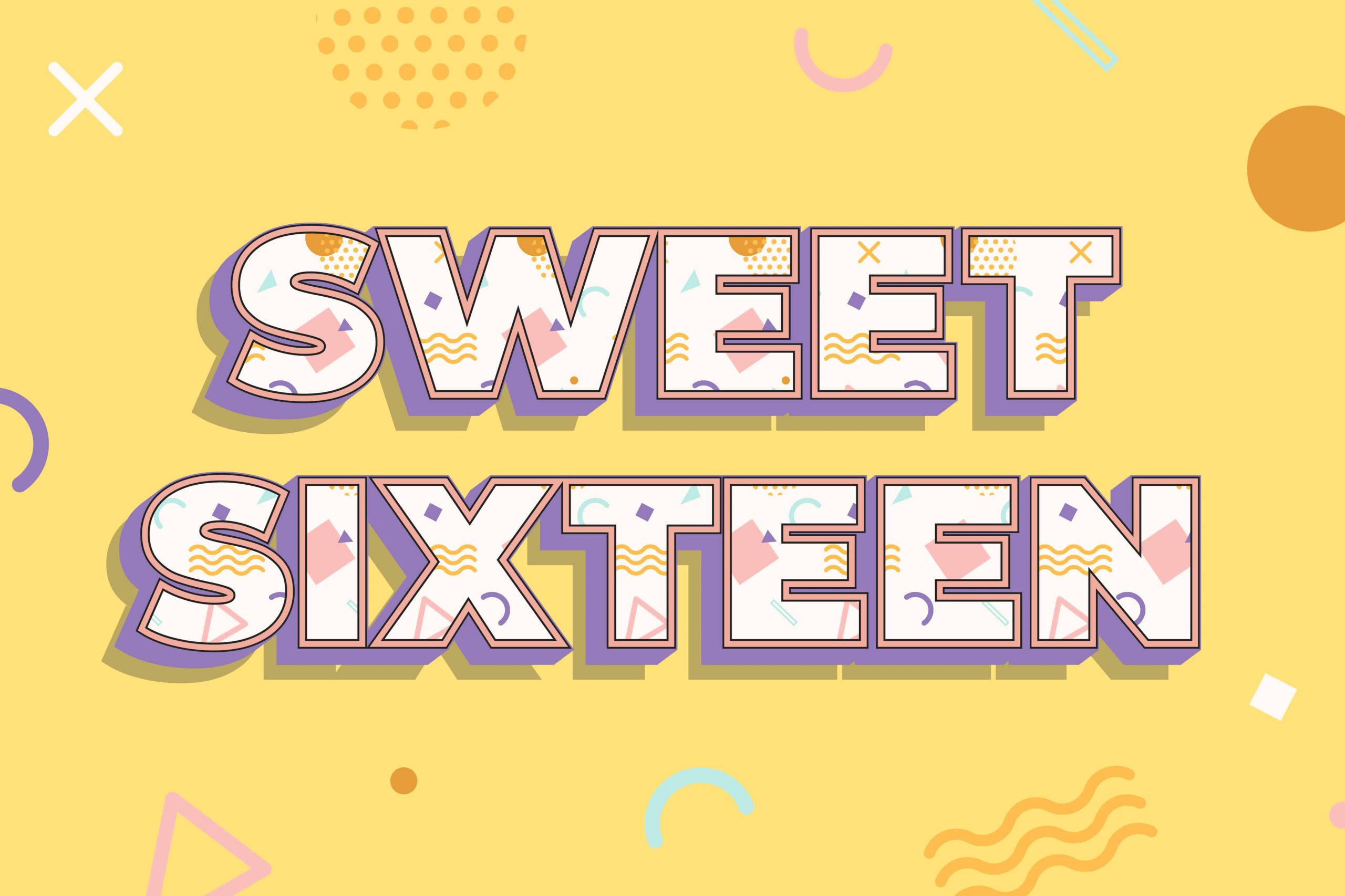