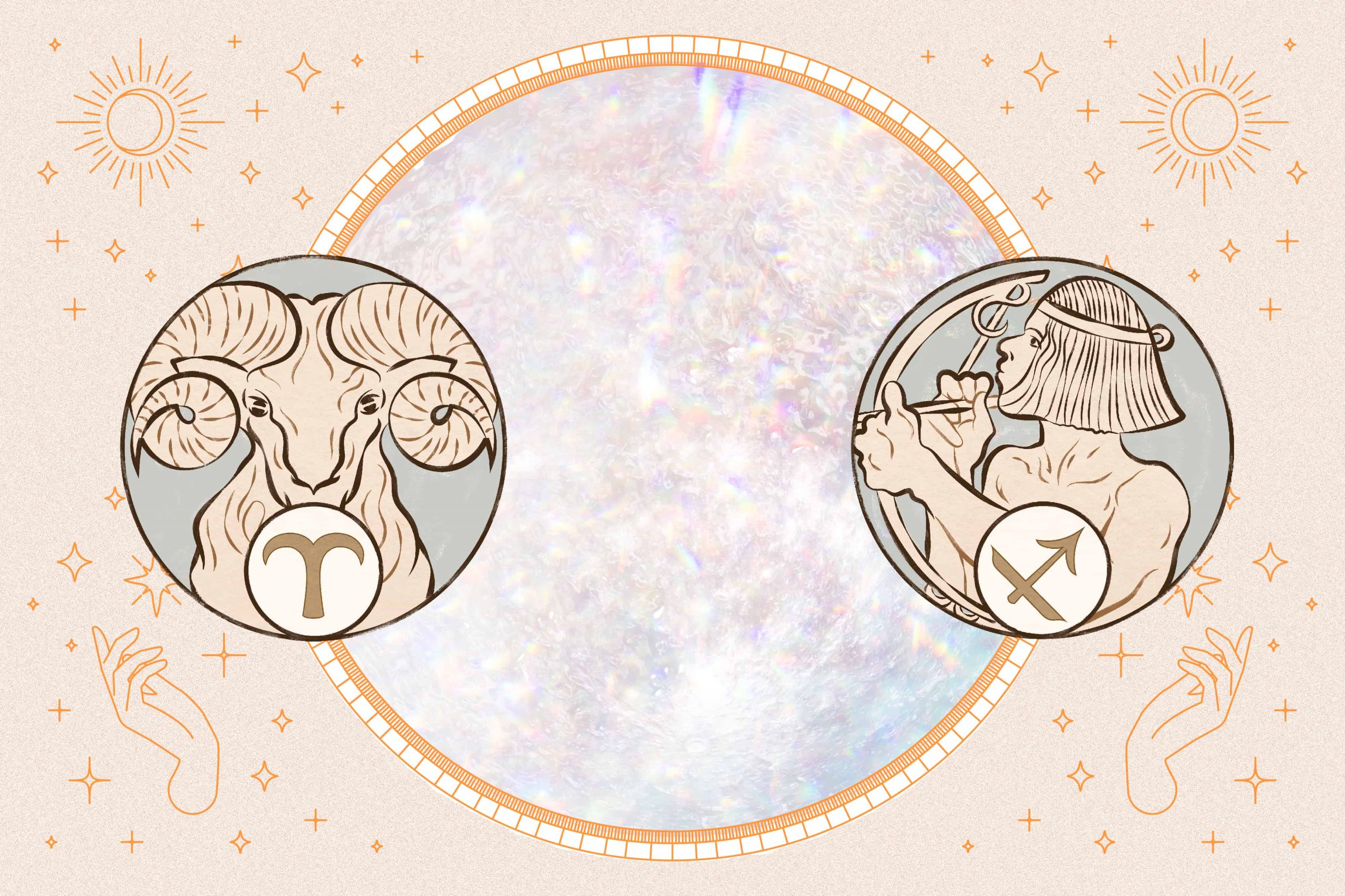 Relating in a 120 degrees angle makes the trine between Aries and Sagittarius a flow of energy that goes very smoothly and is full of opportunities to expand, find luck and go on many journeys together.

The combination of their cardinal and mutable structures makes for a strong team of explorers and pioneers.

If they decide to build upon a relationship, it will most likely be torrid, exciting, and highly adventurous. And although they’re not the best in finishing things; new adventures will always be a part of it and that definitely makes for a lively relation to be enjoyed by both.

On top of the many similarities in their personalities lies a beautiful match between the mind-oriented Sagittarius and action-taking Aries. Their traits are highly complimentary and will assumably bring out the best in each other.

Both are driven by facing fair challenges and they’re are not shy of inviting any in. Whatever one of them lacks as having the most appropriate approaches to these confrontations will be added up and balanced out by the other. This is how they not only learn but also thrive as individuals while being deeply connect on their journeys.

As a solid and inspirational team created by the union of their fiery brightness, the Aries partner will shine in its leading role that most of the times leads to fulfillment, and the Sagittarius partner who does not back away from the opportunity to expand and experience something beyond the comfort-zone continues to always be on a quest for adventure and will happily go along with the spontaneous ideas initiated by their partner.

When they’re friends, the Sagittarius and Aries are a very lovable duo to the outside world. Friends, family and probably even strangers will enjoy witnessing how they feed off from one another and spark joyous confidence out to the public. Most of the time they are very social, outgoing and fun-loving people, but they especially brighten up their light while in each other’s company.

Moving the connection to a more romantic one is something neither is very quick about. They share a shyness around their emotional needs and expression and are slightly commitment-phobic.

The Sagittarius sign will probably take a lot longer though, and for this waiting game the impatient Arian may be quite challenged to not be put off by the lack of romantic inclination and drive.

If they understand the reasons behind this a lot can be cleared up, and the Aries might even realize that this distance-taking tendencies of the Sagittarius serves them in some ways. This will also be important as they learn when and how to back down once an argument gets heated, which is likely inevitable for these two passionate signs.

Aries is not well-known for sensing this and making sure things don’t get out of hand. So a worthy sparring partner who is capable of keeping up with their fast-forward speech and knows how to back down to diffuse the angry Arian is highly ideal.

There is sense of a healthy and controlled level of competition between them that will most likely show in sports they play and debates they will have on probably a daily basis.

How their Sagittarius mate always knows how to make the Aries laugh, is one of a couple very irresistible qualities that will make them fall for this humorous, philosophical and highly capable being. Someone who is up for their energy and on top of that finds ways to exercise it. Seems like the perfect formula for an Aries lover to be free and expansive.

This compatibility shows rather obvious and will make the Aries faster to initiate a deeper relationship.

And in this loving state there is a lot to adore and appreciate about the Aries for the Sagittarius partner too. Intelligence, passion, and adventure are their strongest likes, and the Arian’s most well-known qualities of manifestation.

They provide the adventurer-sign with an openness that unites beautifully with their personality, outlook, needs and desires.

And with their stamina to keep a creative and movable flow, the Aries will be a source of inspiration upon which the Sagittarius can expand their sensational ability to face, integrate and define newness.

And all of this, as a finishing touch, comes with a strong independence from the Aries, who will therefore not easily make a Sagittarius feel trapped and smothered. The Aries lack of clinginess creates enough space for them to not worry about offending them. They’re thick-skinned and stubborn, which must be a relief for this blunt sign that knows well enough what it’s like to accidentally offend someone.

They have enough to discover together and will not be left with time to fight. Neither tends to hold grudges and rather move on so the fun can continue.

That does not mean there won’t be any fights. Aries is still a forceful archetype in distress, and Sagittarius is known for its tactlessness and thus prone to making and even repeating mistakes in their language, approach and consideration.

And on top of that exists their doubled fire-element, creating the natural increase of their risk to end up battling out their disagreements and/or disappointment in one another.

They are both ambitious about their personal views on and will not back down easily. But the good news is that these heated moments don’t have to last very long. And, most importantly, these occasional spats will not put their likes for one another on a tense edge.

Aries’s unattractive side can be their blunt fastness and inconsiderate approach, while the Sagittarius will more than occasionally say things without thinking and end up crossing some type of boundary.

Yet whatever got them into a fight is for a reason they recognize from their own life-experiences as carriers of the fire-element and thus their destructive ways. So no matter how driven apart they can become, there is always the possibility to appreciate one another for the persistence, power and stamina in which they stand up for their own points of view and show the power of their Will.

And instead of blaming one another, there is a great opportunity for them to communicate about possible areas of improvement.

Whatever created tension between the two will most likely be made up in the bedroom.

Aries’ stamina and Sagittarius’ finesse makes for a great chemistry between them. Their attraction will seem like they’re ready to go into battle, and for that reason holds a lot of passion.

Their courtship rituals start with the Aries spinning stories of their daring and adventurous voyages, exposing the warrior within. While the Sagittarius uses comedy and story-telling like a wanderer.

They have strong suits of emotional armor on in the beginning and brandish different psychological weapons to keep a certain distance form intimacy.

It will seem like they are not interested in one another, but as the jokes and stories unfold the fire between them will brighten and, sooner or later, lead to an explosion of passion.

Their casualty will change once future plans include each other and tests the relationship right off the start.

Aries is rules by Mars, which adds an assertiveness, deep level of dedication and lots of affection to the bond.

Their partner’s sun sign Sagittarius is ruled by the planet Jupiter, which is the biggest one in our solar system and therefor represents expansion. This comes through the discovery of philosophical topics, points of view and openness. Luck and fortune are also connected to this and brings a lovely indulgent influence to the relationship.

Both Mars and Jupiter carry a masculine polarity which means they tend to see the world in very similar ways. This allows them to free their bold spirits and not back down from an occasional risk or drastic change of direction.

And what fuels this adventurous road is the eternal flame they hold in togetherness. It makes them be always on the go, have endless resources of energy and amplify the craze in one another.

It is without a doubt that their stories build up and exaggerate more and more as the time together endures.

For functionality it is advisable for them to add and build upon their team by letting in a good accountant and others that can occupy their lack of concluding things.

As mentioned before, neither have the natural interest to follow through on the many ideas they have. And that might be a good things as their ideas are bountiful and leave very little space for intimate bondage through emotional ups and downs, learning how to navigate those and diving deeper in the Self to understand and discover parts of themselves they weren’t fully aware of.

It is needed for them to support each other’s fluctuations and know how to orchestrate changes or challenges that helps their partner uplift and elevate whatever keeps them down.

Then again, both as friends and lovers they will share parallel views on life in which they hold tremendous optimism. Being so united and allied in their enthusiasm, energy and drive can and will most likely lead them in a prosperous direction.

Any emotional roadblock is, as most of their adversities, not necessarily a reason for them to split or the cause of big challenges they will have to face, but rather a space of opportunities for them to grow and find both harmony, support and great allies in each other.

When it comes to the ways in which they contribute to the affair, there are many wonderful things they can teach one another.

The Aries-archetype will inspire by showing resilience, drive and ways to turn good ideas into a successful start-up of some sorts.

And their companion can teach about the value of expanding the mind and consider certain issues on a deeper level.

On top of that the Sagittarius can cool down the Aries volatility by using humor, and supports in this way their ability to control their anger.

Their only true challenge is death by boredom. Though they are masters or reinvention, if they stop moving both will need an escape from the silence. Mundane or ordinary adjectives damp their flames and so when either or both feel unfulfilled it is important to unite in creativity rather than act out the way they do.

For Arians acting out often takes the form of becoming cranky, and for Sagittarius being needy.

When they don’t forget to play, master their practical jokes and keep their free spirits alive they’ll continue being pushed out of their comfort zones and create a stimulating influence to each other.

How to do Friendsgiving the Right Way 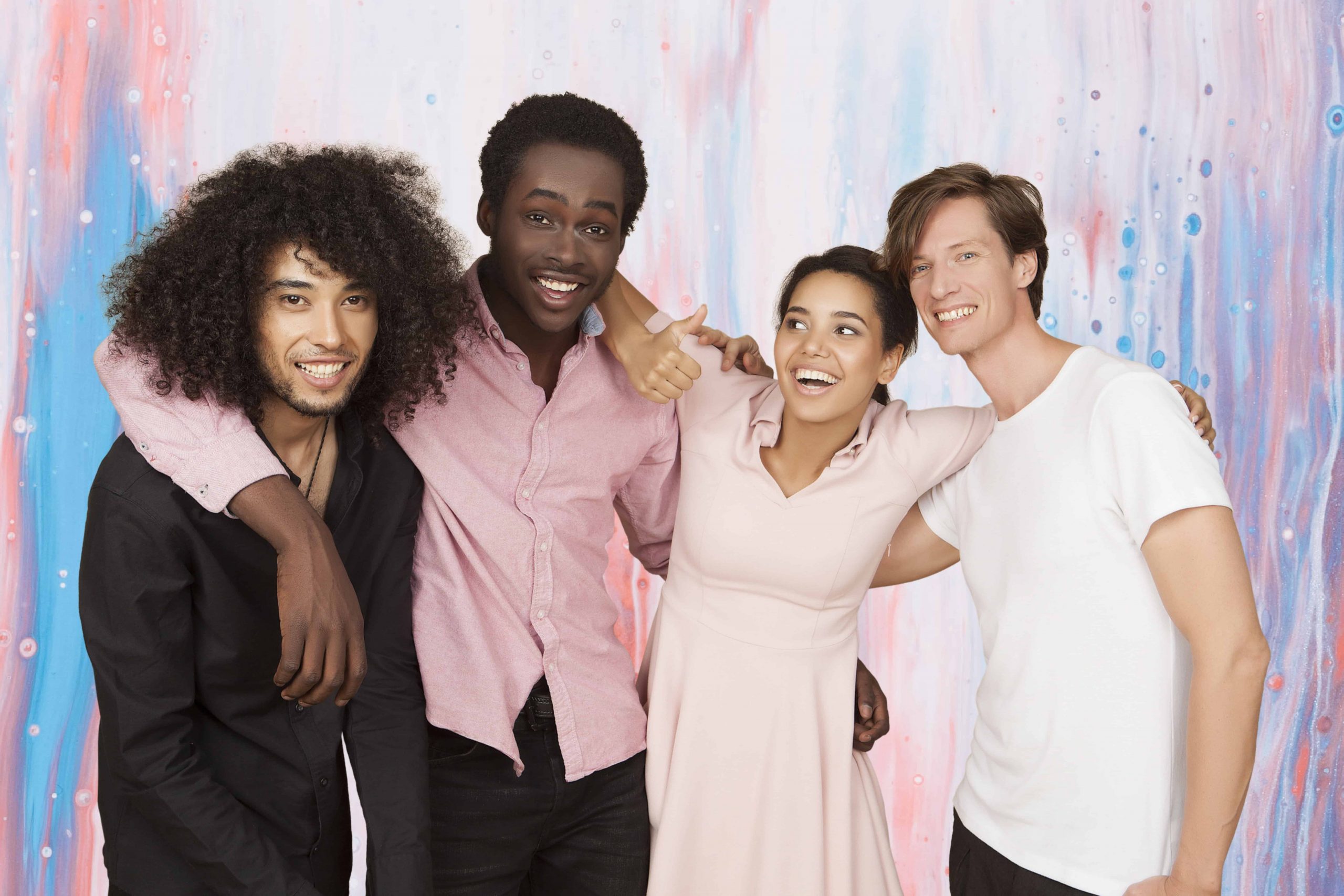 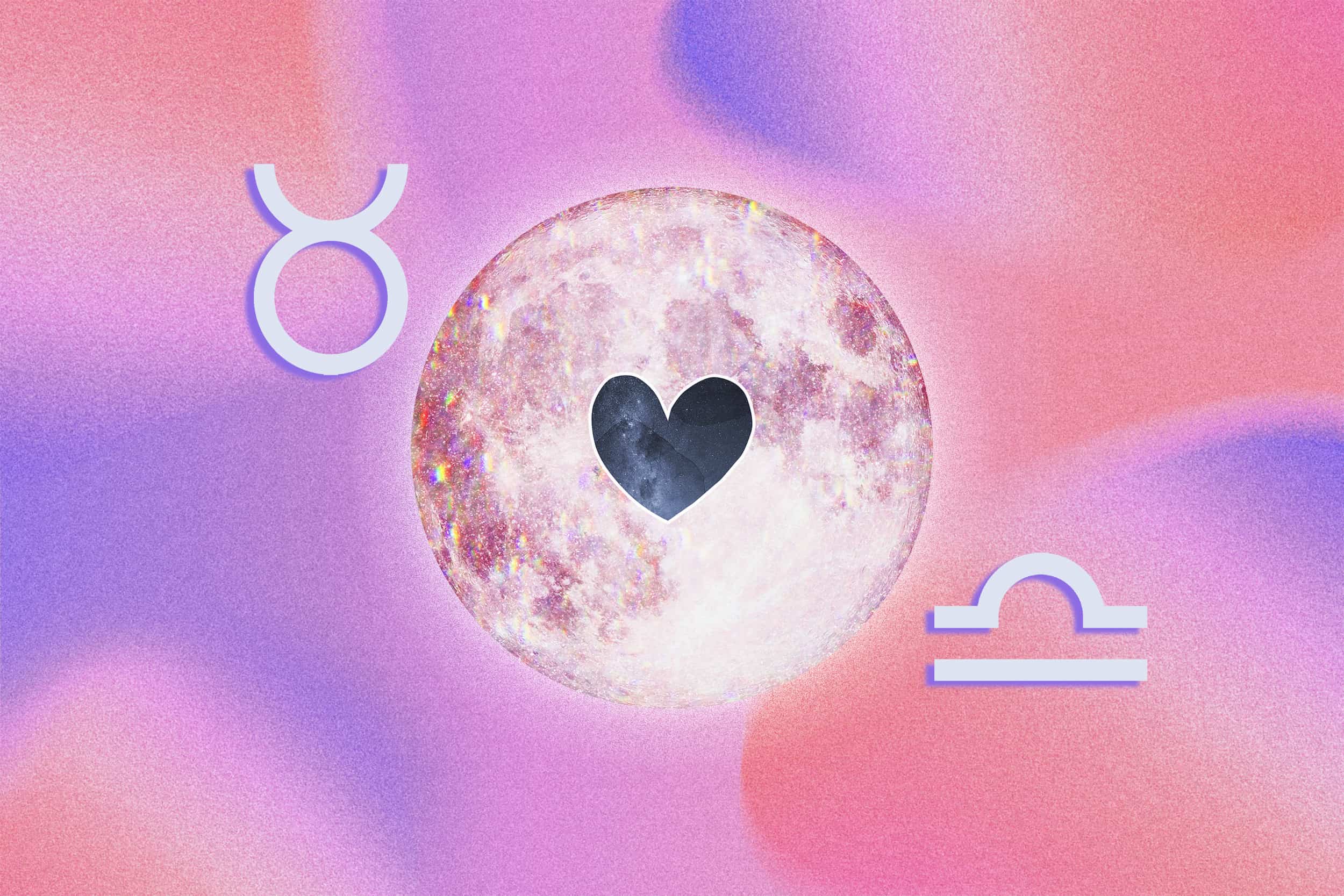 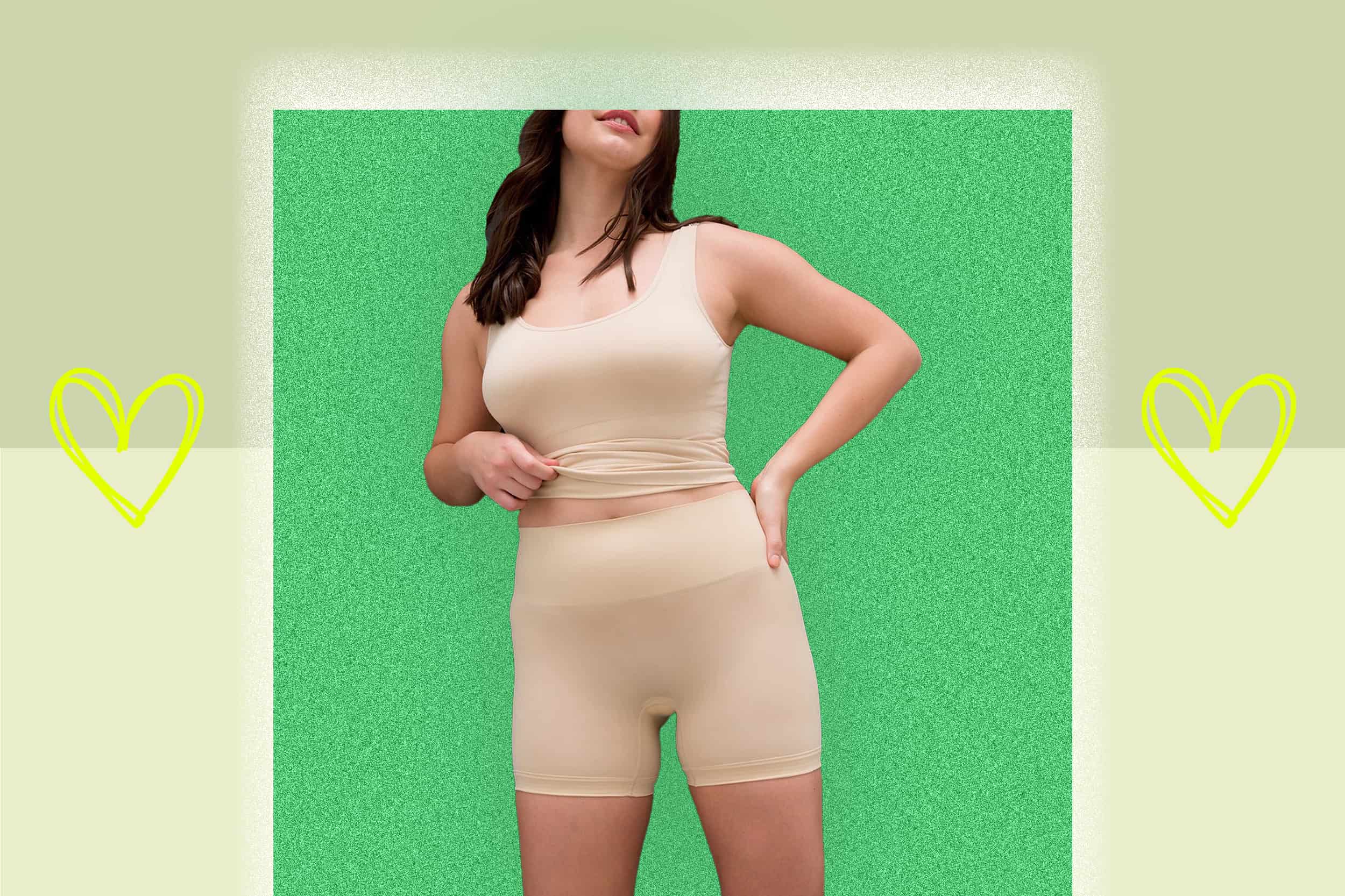 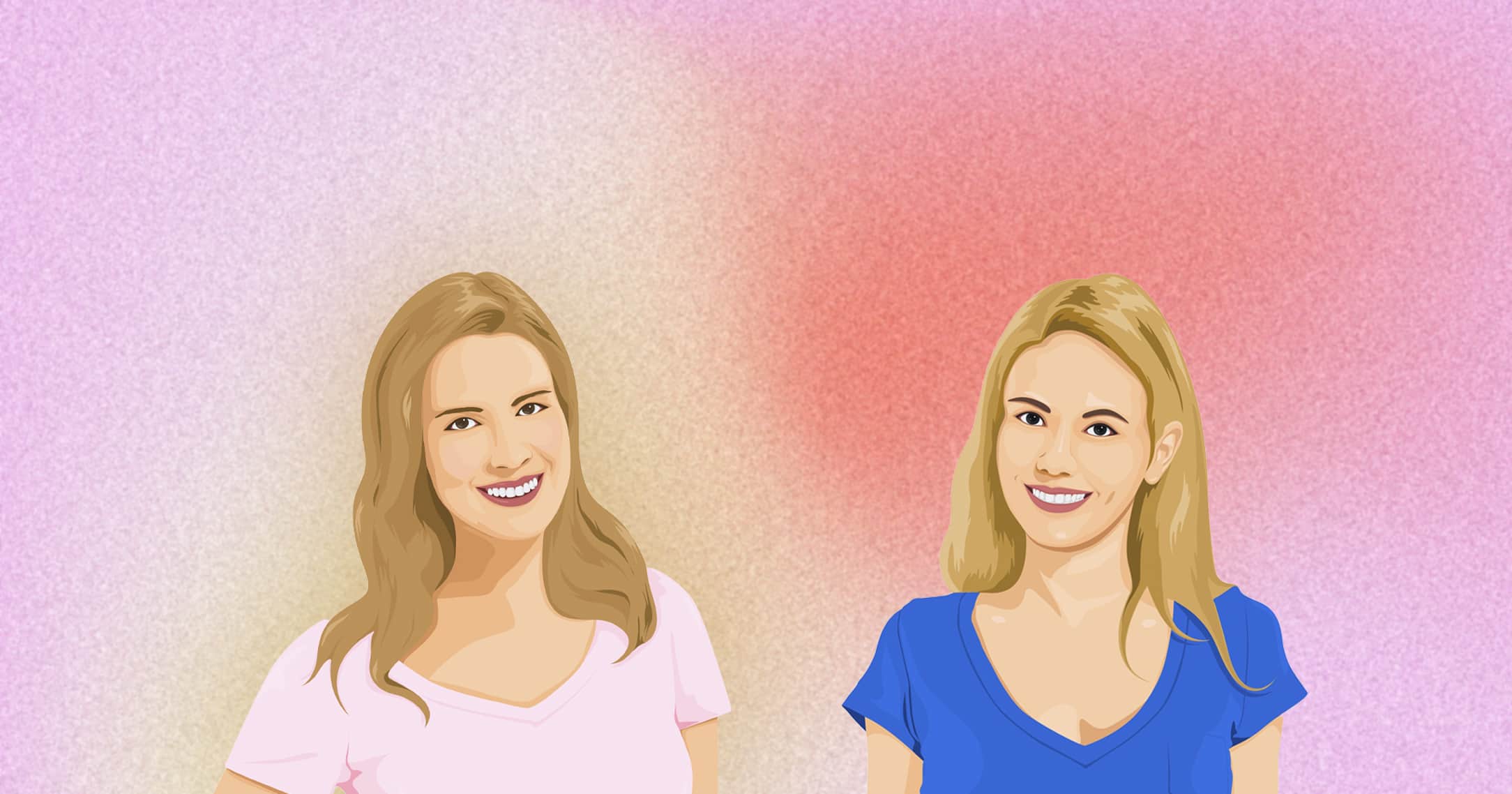