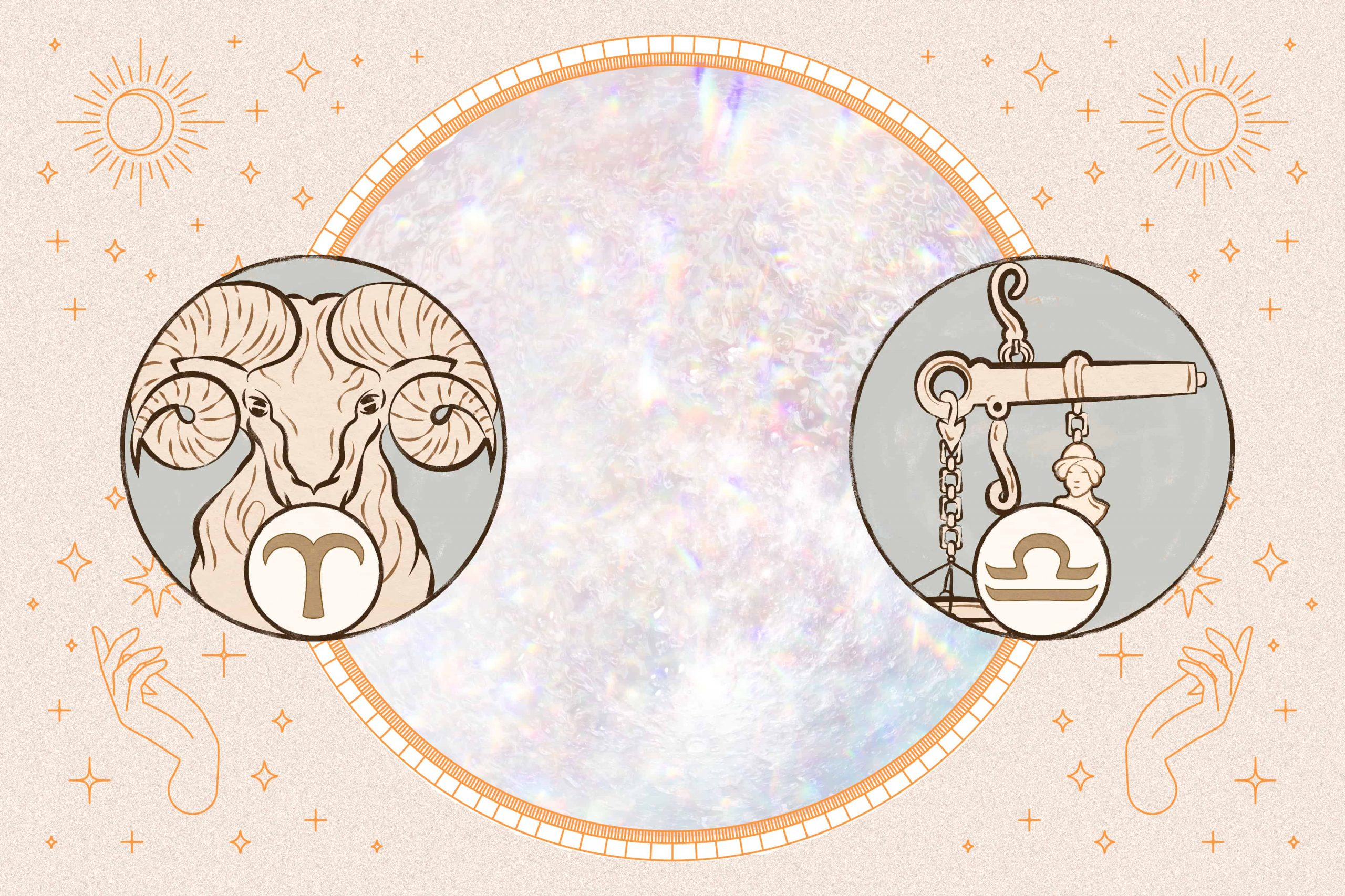 As opposite signs in the zodiac, Aries and Libra are highly attracted to each other because the polarity of their position creates a lot of energetic tension and thus a magnetic dynamic

This can be intriguing at their first meeting, especially for the curious Aries who is always seeking new adventures and thrives on the potential of any challenge, and the Libra who is on a permanent watch for beauty and newness in the world they so deeply crave to relate with in any form of partnership.

On top of that lies a high potential for personal growth as their opposite ways invite the other to new learning processes, and provides them with the given that they complement each other. Both possess qualities that the other lacks. And both are eager enough to supply these qualities without needing a contribution in return, it is gifted within their natural design.

And as much as the Aries can teach a Libra through example what expansion the power of Self-awareness and Will to create can lead to, the Libra will automatically teach their partner all about keeping things in balance and carrying the responsibility of being a space-holder.

But in any lack of balance and harmony between these two cardinal signs, the dynamic can turn into very uncomfortable friction and a big challenge for both.

The most probable trigger for this is the lack of understanding in each other’s vastly different views on life, combined with their mutual tendency and need to take the lead once bonded in a relationship.

As this is often responded to with force and intimidation from the Arian, and manipulation and deceive by the Libra, the ugliest parts in the dark side of their sun signs will be released and probably leaves an ugly scar on them both, and possibly even their surroundings that witnessed any of the arguing.

Despite the importance of all the other aspects in both individual’s charts and how that influences the way they relate, it is almost guaranteed that the challenge described above between an Aries and Libra will appear in an often harsh and toxic manner. So to be wary of this is highly recommended, and on top of that advice, this article provides some suggested tools of navigation.

Neither lack any ambition to pursue their goals, and with their opportunistic approach to life the relating modes drive them strongly towards one another.

On the other side of this coin is the lack of perseverance engraved, which makes them not as good in finishing or pushing through the process of the things they initiated to create. Including a committed bond.

And that leaves the balance-point of their relationship a rather fragile one; where the connection is highly attractive and exciting at first, yet easily wrecked as the passive aggressive aspect in their synergy demands a steady balance to not be provoked.

Ruled by Mars, Aries represents a lot of passion and motion. And Libra, ruled by venus, the beautiful essence and harmony of romance. It is easy to imagine how this combination unites them towards deeply loving sensuality, in which they both enhance each other’s sense of depth in love, relationship and building a passionate connection. The balance between the masculine and feminine energy is strong and this too opens many doors to deep experiences they can create together.

As the instinctive leader and the intellectual observant they not only make for a sexually compatible match, but also great friends and business partners. They have equal contributions to make and the contrast of their manners brings excellent chances of teaching each other about the Self, their work and ethic, visions on life and philosophical topics.

But just like in any other union of two people; for there to be a chance to live up to such high potential the individuals need to be in a relatively comfortable and centered place in their personal life first.

If this is not the case, the impulsiveness of the Aries can lead to clumsy and even harmful actions they later regret making because they crossed the other’s boundaries, and the Libra to become possessive or even jealous of the fun-loving and burden-free Aries that is impossible to manage, contain and dominate.

For these reasons the need of making compromises is strongly present. Any lack of balance in the power-dynamic they share in a relationship will drive the Aries to compensate in forceful ways, and the existentially hurt Libra to cooperate without purity and persistence. The formula for trouble, in other words.

With that being said, their contribution of sacrifice or adjustment will unlikely have that same balance.

As the carrier of the diplomatic archetype, Libra’s find it easier to compensate which is a contrast to the independent and will-full Aries who dislikes yielding to another person as they experience that in unwanted submission.

To both maintain a sense of individuality and power in the relationship, the Libra can allow itself to settle in the given that their generosity and fairness pays-off for the balance they therefor maintain. And an Aries needs to accept that despite their accomplished leadership in most cases, their way is not always the best and only one, and they sometimes need to give the Libra more opportunity to invent their decision-making.

This can be a win-win; if Libra gets to keep the peace they so deeply cherish, and Aries gets an easy-to-gain lesson on how to concur the clearance of power-struggles in a situation that challenges them with most any other sun sign, not just their Libra opponent.

Other mutual benefits they activate in relating to one another are found in the many lessons they learn from being inspired by the qualities in the other. There is a lot they admire and appreciate about each other, things they lack and an eager to absorb.

As an Air and Fire sign they work very well together.

Air fuels fire to expand and spread its glory, while the fire heats air and brings its ideas into action so its progress gains power.

Arians have a positive effect on any person’s growth; they thrive on the mission to provoke, invoke and spark new processes and make the collective world around them move as forward as them and their ideals. For a Libra, this Aries-effect comes with even more power because they are opposite the sign and thus straight on their path, bound to meet.

As cerebral beings, most Libra’s are able to hold a lot of space for people and keep a neutral energy so they can be their full Selfs around them. This is a great gift to an Aries, as they have a safe space to tell all about their exploits and ideas. The tolerance of a Libra is highly desired and supportive to the excited, youthfully enthusiastic Aries.

As Air-sign they are also capable of controlling how much to fan the flames of their partner’s passion coming alive.

The areas in which they compliment each other are very broad and beautiful, yet to maintain the blissful sensation of being in such good partnership that contribution to one another must stay voluntary and free of force.

Neither like to be changed or caged. They are free-spirited people who want to live life on their own terms and in their own ways.

And although they expect -or rather demand- respect from each other, they can also both be somewhat judgmental and astute to the other’s perspective.

So to keep respecting each other and not see the differences as a gap but rather an opportunity to be inspired, they can focus on what they appreciate in one another.

An Aries for example will be attracted by the strong and sophisticated attitude of their Libra friend. Their confidence, charm, and thus ability to attract many people excites the sociable Aries.

And the Libra has lots to admire about the care-free, bold, daring and lovingly motivational spark within the Aries.

It helps to realize how a difference in perspective does not have to lead to disagreement, but can be used to expand both’s vision and enrich their already firmly existing points of view.

Aries, who carries supreme desires, has as a freedom-loving approach and a burden-free need to be independent, likes challenge and change because it provides them with an impetus to blossom forward. But once it finds itself in a restricted, authoritarian or even possessive relation with someone, they act impulsively to self-protect their rights and will fight-off their opponent with as much passion as they know how to love them.

This strong division between the two instinctive narratives an Aries lives through are deeply undesirable for the peace-loving Libra who holds the natural structure to create, encourage and maintain balance and harmony. And on top of that, as Libra’s don’t mind the spotlight themselves, they’re are willing to give in to a push-pull fight with their partner to gain the levels of adoration they thrive on.

So for the Libra to understand how to keep giving their Aries partner enough space to be their lively Self without too much judgment, and for an Aries to learn how to control their impulsiveness and honor the Libra’s firm boundaries, is key in holding this relationship together.

This goes for any loving relationship; it takes two to tango.

And as it always creates disharmony if either or both partners give in to their unhealthy tendencies, the Aries and Libra have the strongest necessity and opportunity to truly look within and navigate these parts in themselves as there is no worse outcomes possible from their toxic behavior to one another. 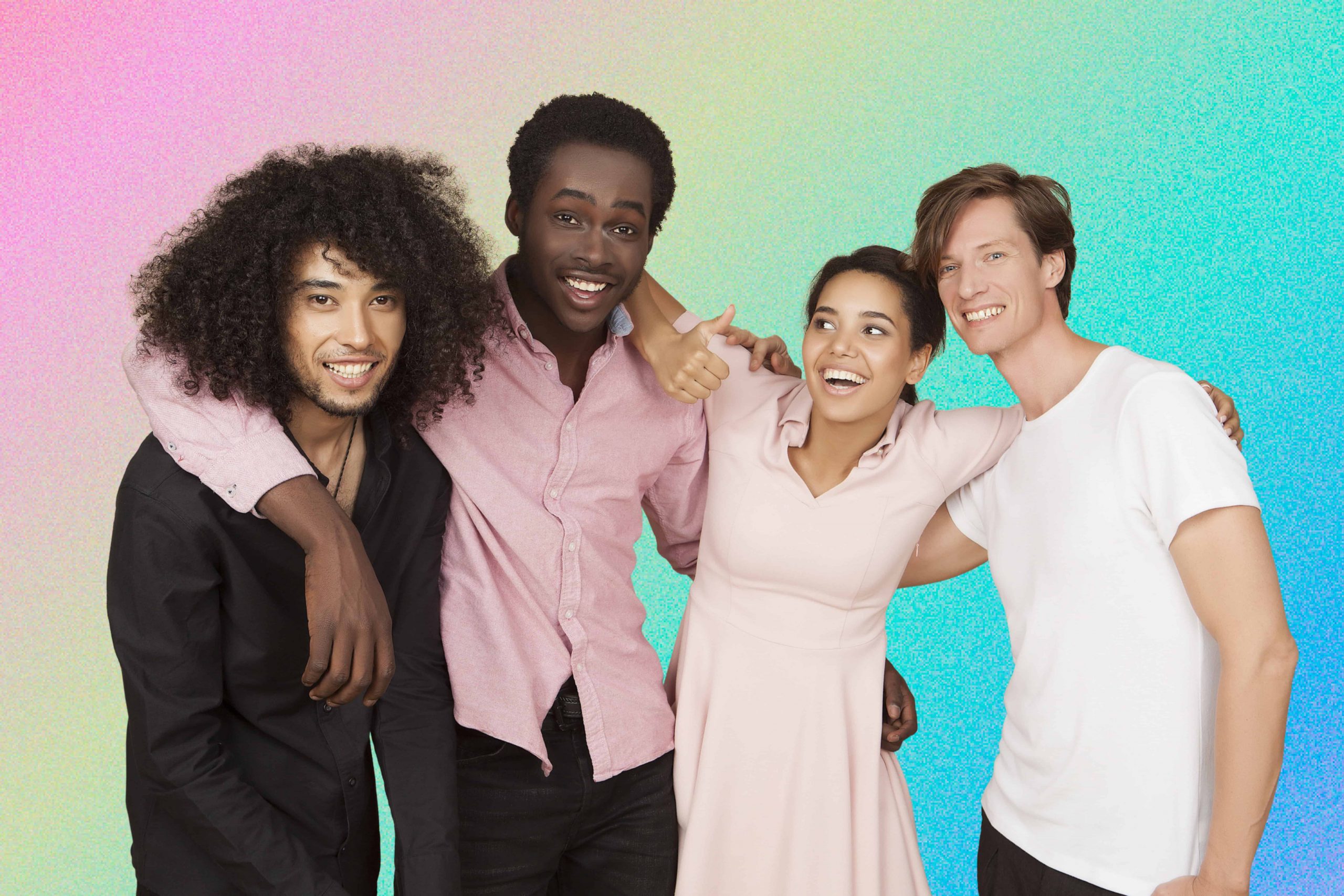 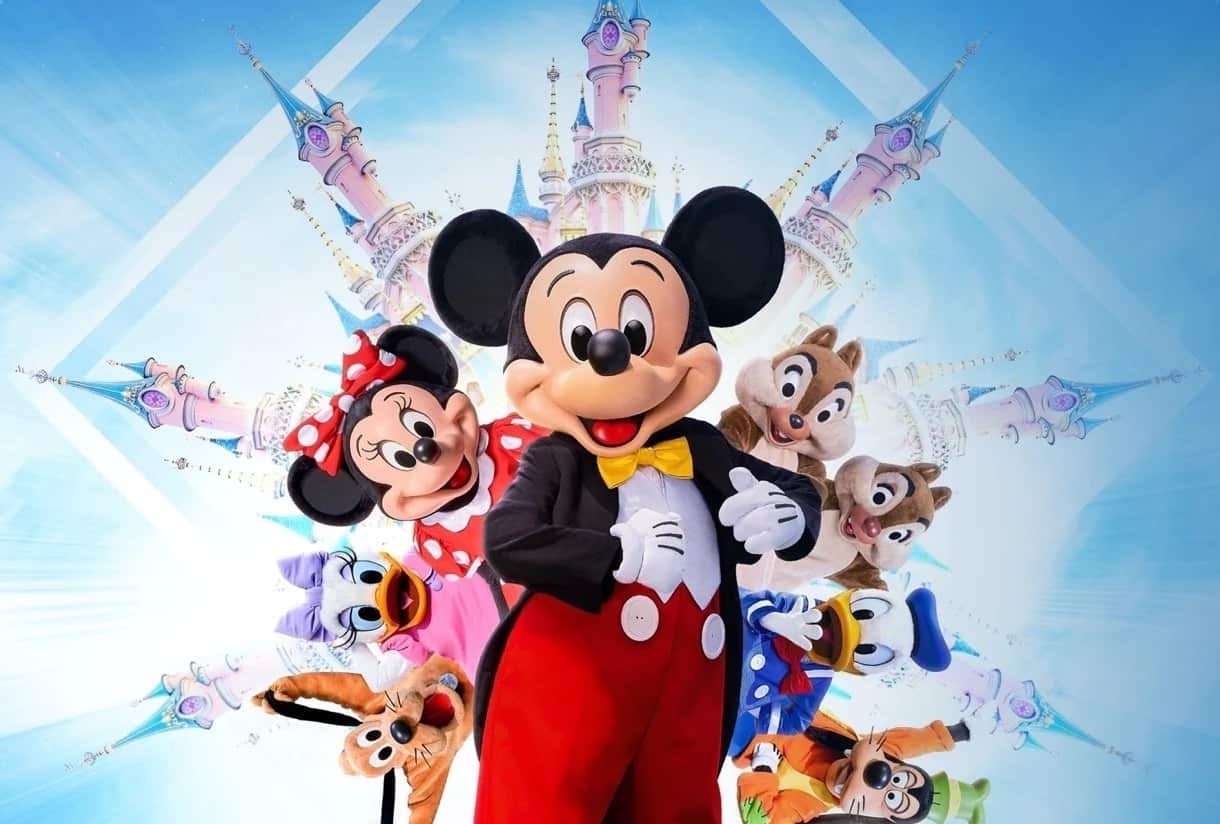 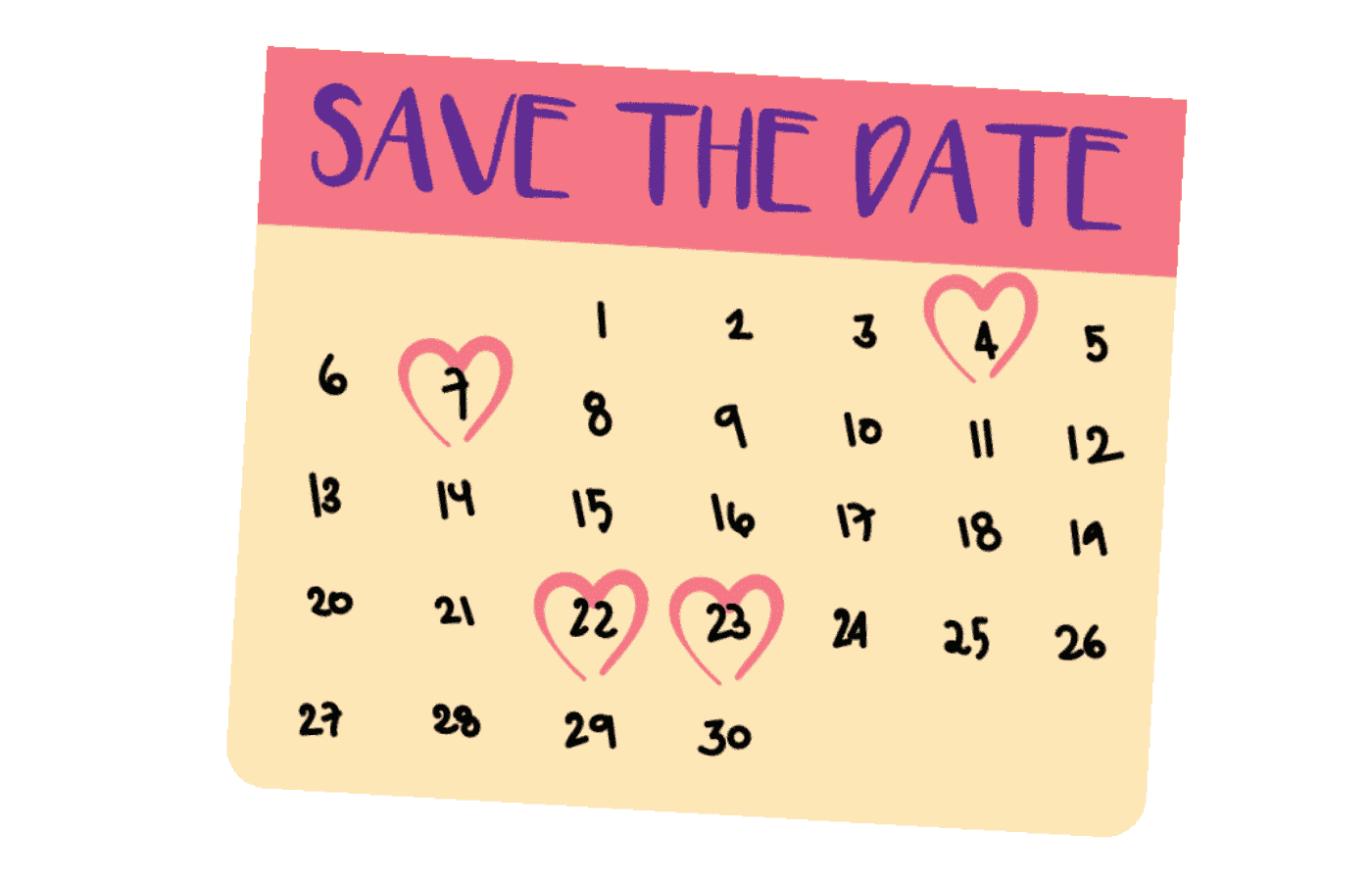 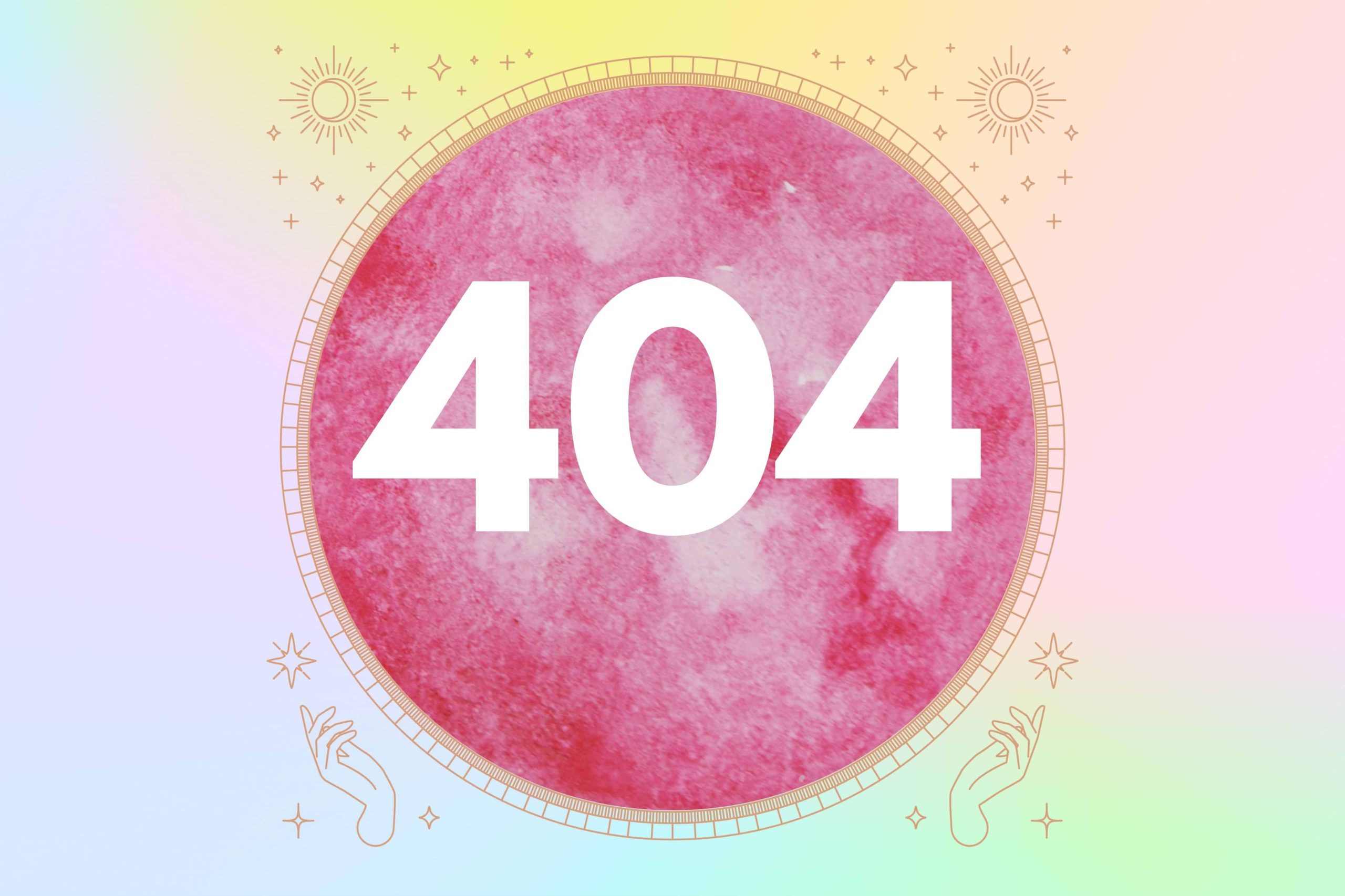